rrolsbe said:
See my previous posts in this thread for the history. I received the replacement Wall Connector and found it had the same problem; however, i found out that if the WiFi that successfully provisioned the unit on the first configuration attempt is turned OFF allows connection to the WC local configuration SSID again and enables the button on the wand. This does not fix the problem but it does allow access to WC local WiFi SSID again. The problem seems to be a timing problem with the DHCP handshake protocol between my router and the Gen 3 WC and not signal level etc. In the failed mode the WC appears to ask for an IP address as the lease time is reset on the router but the status shown is offline. My Linksys Model WRT3200ACM router has worked with every WiFi device used to date except for this WC. The router has the latest manufacture supplied firmware installed that it had when I purchased it 3 years ago. Tesla indicated a later firmware update would hopefully fix this problem. In my opinion, the WC should never get in a state where local access is not possible. Fortunately, I decided to try turning off the 2.4G radio on my router or the problem would still exist.

Hope this information helps someone!
Regards, Ron
Click to expand...

Sorry, an update though I had already done so. I connected the WC to my a network extender/bridge and it has worked flawlessly since. I found a Roku model that seems to have a similar DHCP issue. Wish my fairly high end router would let me age out DHCP leases instead of requiring a factory reset. Most of my previous routers had that feature. 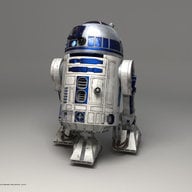 HotIce said:
THANK YOU! You just solved my problem. I have three second gen Eero Pro's and my Wall Charger would connect and then disconnect over and over again. Disabled WPA3 and it connected flawlessly.
Click to expand...

Excellent! Mine has been rock solid since I installed on Tuesday. The dual bands or multiple access points do not seem to cause any issues at all. Hopefully they'll fix the WPA3 authentication (either Eero or Tesla) before it makes it out of Beta.

I have an Eero network, and was unable to join WiFi until I disabled WPA3. Once disabled (via the discover, Eero Labs tab) it joined straight away. I did not need to disable or adjust any other settings.

I have an eero at home, and disabling WPA3 resolved the wifi issue for me as well.

ry_henri said:
I have an eero at home, and disabling WPA3 resolved the wifi issue for me as well.
Click to expand...

Also no issues connecting my new Tesla via the Eero Pro 6. Firmware updates have been successful on both the Wall Connector and Tesla Model 3. I have not tried re-enabling WPA3 however, may do this at some future point to see how it plays out.

Thanks for tips - installed a Gen 3 Wall Connector today and could not get it connected to the internet until I turned off WPA3 in my Asus Router. As an aside, it did connect to my WiFi just had no internet connectivity until I disabled WPA3.

NOLA_Mike said:
Thanks for tips - installed a Gen 3 Wall Connector today and could not get it connected to the internet until I turned off WPA3 in my Asus Router. As an aside, it did connect to my WiFi just had no internet connectivity until I disabled WPA3. 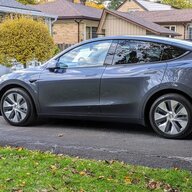 Same goes for me with Google Wifi - will not connect with WPA3 security toggled on. It is supposed to be backward-compatible with WPA2 so I think Tesla needs a fix.
Reactions: TBrownTX
S

Tesla is supposed to be the best! They should allow us to use the latest security standards like WPA3