Getting my screen replaced on warranty

This apparently isn't a known issue, rare enough that it wasn't showing up on Tesla's CS knowledge database and they sent out a Ranger just to make sure I hadn't gotten drunk and accidentally put a screen protector on and forgotten about it. Or they didn't believe me that I'd be able to identify a shipping film that had accidentally been left on when I took delivery a year ago.

At first I thought it was the glass delaminating from the bezel backing. It looked kinda streaky with crackling like that, at the way it looked was hard to determine whether it was surface or deeper in. But upon closer inspection I found I could scrape material off the surface. Under that was a shinier version of the glass. Here's the picture where the 3 different sections that it started out appearing are now mostly on big lump. What's at the edge is stuff that'll flake off with a fingernail and sorta looks like it all did to start with. 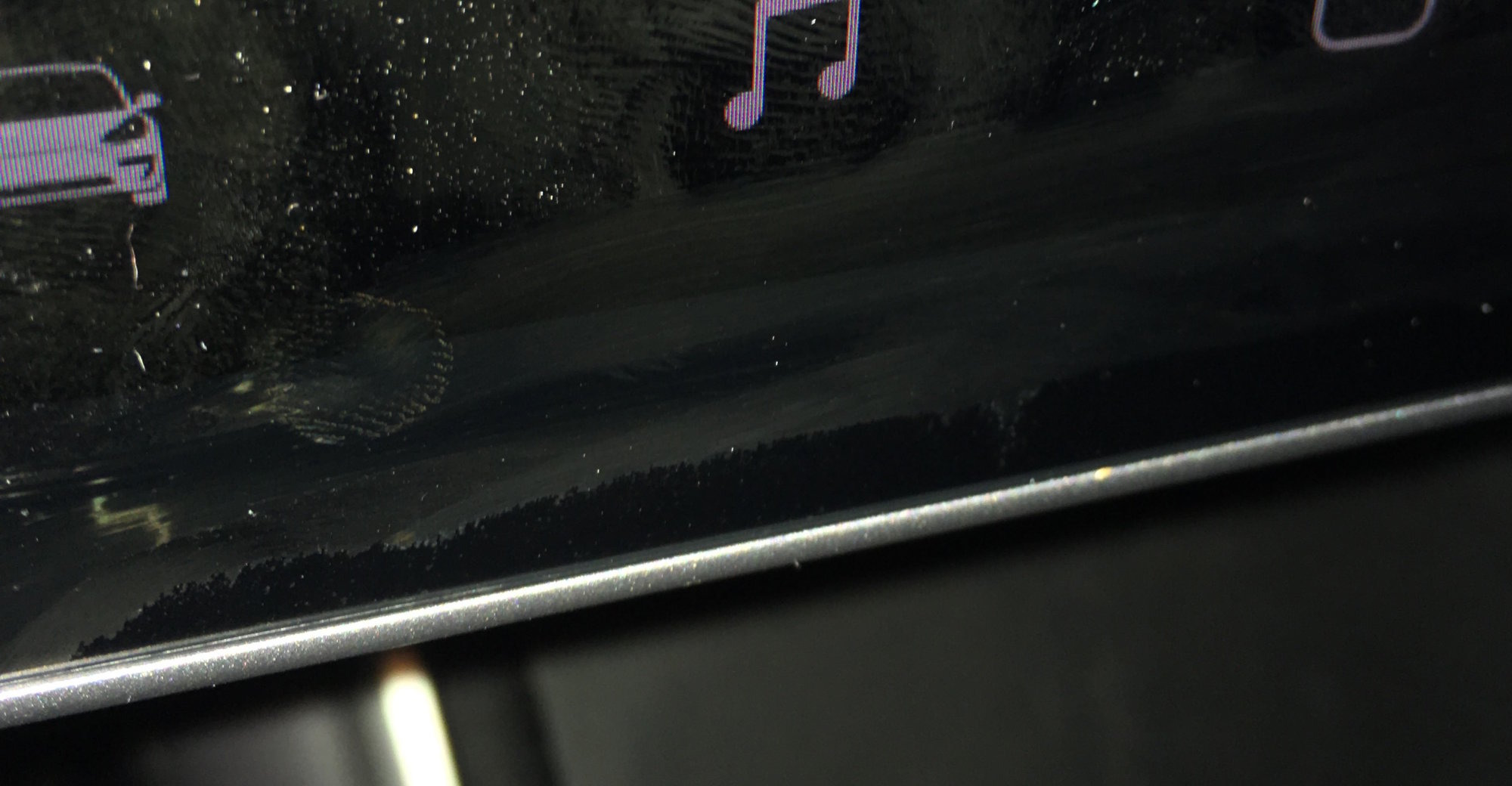 Please excuse the finger smudges and what looks like dandruff (but is just a flash on dust I think?) above the area where the problem is. The part in question is only the bottom few mm of the screen. Not much of an issue at this point outside of cosmetic nicety but if this is spreading, as it seems to be, there is a lot more glare off that little part on the bottom so it'd be a PITA to look at if it gets up into the viewing area. That's also why I suspect this is their anti-glare coating. On the other hand the tech was thinking "anti-scratch surface" and I've had this Ranger visit before, he's not an idiot. Maybe it's really both.

When the Tech looked at it in person they were too first fooled into thinking it was something underneath. But soon realized no, and having determine it was truly the glass quickly set up the part order and a new tentative appointment for the replace.

Note, the only thing I've ever used to clear this screen is ammonia-free glass cleaner with a micro-cloth, so as best I can tell this isn't something that got onto the screen and did damage. At least while I had it, maybe there as a solvent issue during manufacturing (in Fremont, or at the factory where the screen part is made) that weakened it and lead to degradation over time.
Last edited: Oct 8, 2019
Reactions: super20g, chinnam3 and Tam
•••

M
Where to get screen replacement

The UK and Ireland Friday at 8:01 AM
Rustybkts