Hi guys, hoping to get your held and opinion regarding poor visibility in my Model 3 during wet weather. *** There are videos below of the issue. Please watch it and if you want to know more about what my thoughts are read below, especially last bolded paragraphs ***

My original windshield came pitted with rock chips, poor visibility, almost like it was sandblasted when sunlight hit it. I suspect this was due to being on the front of the transport truck, and rocks hittting it for the long 2500 mile trip up the coast.This was annoying, but the worst is when it rained it was ALWAYS streaking, even when wipers were new and car was new too. This wasn't acceptable for a new car.

I've had multiple service appointments. One time they denied there was anything wrong with the windshield itself, and polished my windshield. This seemed ok but shortly after the issues returned, poor visibility, glare etc. I would even say it made things worse, the windshield never felt that factory smooth again after polishing, it always had some sort of resistance like it was sticky. At the next service appointment, I brought up the issue again, they offered to replace the wipers, saying it was probably worn out wipers as they have found they only last 3-6 months. I took the wipers, unhappy the windshield was still some how not something they were willing to accept fault on. Then summer came around and I didnt have to worry as much as it wasnt always raining. I left it alone for now.

As the Pacific North West has alot of rain, and fall has come around, I immediately started notice poor visiblity, glare, wiper streaking etc. There has been times where Ive had to pull over in light rain (NOT HEAVY) due to being too dangerous to drive. I booked a new service appointment and sent them the photos of what it looks like while driving.

Long story short, the rep took it for a 30 minute drive today and said there was visibility issues, warping on the right side, and is likely related to glass lamination issues. I believe he was able to replicate the issues as it was raining today. He replaced the windshield and the wiper blades with new parts.

On the drive home from Tesla service with the new windshield + blades, I immediately noticed the same issues on parts of the window. Towards the top and right side is mostly clear, the left where Im driving exhibits glare with on coming traffic, streaking, strange markings. There are drawings on the glass like circles with x's in them. that show up and fade as the wiper streaks by. I believe its related to the install of the windshield or robots at the factory or something I have no idea. Hell, Im even wondering if they replaced the windshield at all. I dont have any way to know other than what they told me. I left the car there for 6 hours.

The poor visibility and markings that come up as the wiper streaks dont appear to be on the inside as I cant wipe anything away, It doesnt seem to be removable from the outside, as that doesn't wipe away either. I didnt want to try to scrub too hard on the outside as they said no pressure on the windshield for 7 days. Using the defogger (hot or cold) doesnt fix the issue either.

Does anyone have any ideas? Are all Model 3s like this? Could it be wiper arm related or anything else? Would love to hear your thoughts.

I had a similar thing, arguably worse: Water marks/stains on windshield

I used a hard water stain remover to get rid of the stains but beware the water stops beading afterwards.
•••
M

Looks like some form of residue either coming from the wiper blades or new windshield. First thing I would do is put wipers in maintenance mode so you can pull away and wipe the blades with a microfiber cloth soaked in streak free window cleaner (Stoner's Invisible Glass). I personally use Optimum No Rinse (ONR) as my streak free window (and car) cleaner because it is so versatile. I would then follow up with wiping the windshield (minimal pressure) with the same cloth as invariably some of the residue from the wipers would be present on the glass at this point. I know others would recommended using IPA wipe down but I would be cautious on using it especially on the rubber blades as it can cause the rubber to dry out and breakdown pre maturely.

It this doesn't work, I would look at doing a light polish on the windshield ideally using glass polish (cerium oxide) with rayon pad on dual action polisher. Don't need a lot of pressure as the objection to remove the residue on glass rather than polish(abrade) the actual glass. If you only have polish/compound and foam pads, they should work but may require more passes as the glass polish/rayon pad is much more aggressive to be able to clean in 1-2 passes.
••• 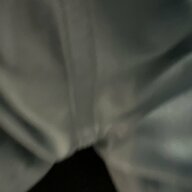 Thats everyone. How is it that my old windshield and wiper set had a similar issue, and brand new from the factory has the same problem. Surely they both cant have the exact same issue?
••• 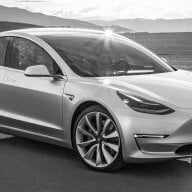 Sure they can. Both have the meh factory or manufacturer residue that is hard to remove without a number of glass decontamination steps.
•••
C

I rented a Model 3 on Turo that did this. As it kept raining, I cleaned the windshield with Meguiars cleaner wax (waxed, let it haze, and the buffed) and then cleaned the excess wax with a glass cleaner (Sprayway from your local grocery store of Invisible glass). I’ve decided this is my favorite glass cleaning regimen over the years.
Last edited: Oct 31, 2020
•••

I did this and my windshield is now awesome. I used all Griot's glass products.
Reactions: theothertom and DSolie
••• 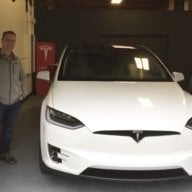 What type of glass polish and sealant do you use?
•••