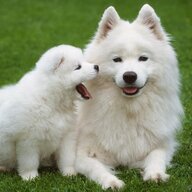 srs5694 said:
FWIW, EVgo installed a new station in North Providence recently. I visited just to check it out. I added photos to the pre-existing PlugShare entry. As shown in the photos, there are three pedestals (of two different designs), each with two cables, but only four parking spots. The one more powerful pedestal looks like the one in the clipping that @Mockingbird shared, but with a different paint job. It's capable of delivering 350 kW. That one was CCS-only (with two CCS cables), but the other two pedestals were less-powerful 100 kW units with one CCS and one CHAdeMO plug each. I charged on one of these less-powerful units using my CHAdeMO adapter and that went fine, but of course that adapter is limited to 50 kW. I also had problems activating the other CHAdeMO unit, but I'm not sure if it was the DC fast charger or just the finicky adapter. There were no other cars charging, so I have no idea how power sharing would work, except of course that there was insufficient parking at that site to support six cars.

Anyhow, the announcement that @Mockingbird quotes specifies "up to 350 kilowatts," so it's conceivable they'll be doing something similar to this new North Providence site, with a mix of 100 kW and 350 kW pedestals. The announcement also specifies "2,000 electric vehicle charging stalls at up to 500 Pilot and Flying J travel centers." That suggests four or more stalls per site, but how is a "stall" defined? If it's a parking space, then these sites could look just like the North Providence site. If a "stall" is a plug, then it might be just two pedestals, each with two plugs, and hopefully four parking spots. This would effectively be similar to EA's smaller sites. If a "stall" is a pedestal, then these sites would be bigger than the North Providence one, and might support as many as eight cars charging simultaneously.

So, I'm left with a lot of questions, but they're about the details. This deployment will certainly help, and I'm glad to see EA getting some competition in the inter-city CCS charging arena.
Click to expand...

I am pretty sure that parking spaces would be counted as "stalls".

That EVgo charging station in Providence would count as having "4 stalls".
•••

Mockingbird said:
I am pretty sure that parking spaces would be counted as "stalls".

That EVgo charging station in Providence would count as having "4 stalls".
Click to expand...

Agreed. This is how I count them on fastcharger.info

New EVgo sites tend to have the same 3 stations: two 100kW CCS/CHAdeMO units, and one 350kW dual-CCS unit. Almost always they arrange them so that there is one parking spot dedicated to each of the smaller units, and two spots dedicated to the 350kW unit.

The 100kW units say they support simultaneous charging (CCS + CHAdeMO) but it's certainly not clear to me why this is a big deal because they don't site them (most of the time anyway) such that you could really take advantage of that. I.e. you might as well just use the other unit and have it all to yourself.

They are doing a good job of siting the 350kW units (most of the time) such that there are two spots dedicated to it so you could definitely share that unit among two CCS vehicles.

Interesting note is that EVgo puts the count at 6 for these sites in the AFDC database. I do think that's because they are interpreting that field in the AFDC as "connectors" and not "stalls", which certainly is open to interpretation. But they (and Blink, for their stations that are definitely set up for two stall sharing) are the only ones that do this. Other providers seem to use that field to indicate a "stall", even when simultaneous charging is possible.
Reactions: Tezla041
•••

Starbucks, Volvo and ChargePoint announce locations for EV chargers along route from Denver to Seattle