Hydrogen hype is not yet dead, but certainly fading.
I

I could see Hydrogen replacing gasoline in very special cases, in auto racing for instance. Have or producing hydrogen on site for a particular race wouldn't be that great of a challenge, and most top level race series have millions invested in the fastest lightest technology. I would love to see an all electric Formula One race powered by hydrogen fuel cells.

I could also see hydrogen conversions being done on older collector cars. Making the original gasoline engine run on hydrogen. Of course the fuel storage and delivery would have to be changed, so the vehicle wouldn't be all original. But for people that really love old muscle cars and want to keep one as an occasional use vehicle, hydrogen would be a good alternative.

Couple that with the ability to generate hydrogen on site like the Norwegians are working on, and you could have a hand full of refueling stations in any one particular city to handle the specialty cases.

I don't think hydrogen is going away and I can see it slowly growing on the side of whatever petroleum replacement each country decides to implement.
B

Hydrogen probably also makes sense in the long run for things like aircraft, where batteries will likely always be too heavy.

With cars, batteries are viable now, and in maybe 10 years when capacity doubles and cost goes down about fourfold, and gasoline cost about $15 a gallon, there won't be much of a market left for ICEs.

I also see a possible big market for stationary installations of hydrogen coupled with renewable energy sources. Use the solar panels or wind mills to generate power and store the excess power as hydrogen. This application should be a lot cheaper than large batteries for things like remote cottages or other places where grid power is too expensive. For a cottage/house up in the mountains which is used rarely you've got a small windmill that over the months put power into your "hydrogen-battery". The lack of efficiency shouldn't be a problem since you are converting free energy into power that should just last you those 4 weeks a year when you are actually in the cottage/cabin. Hydrogen definately has it's uses just not for personal transportation. 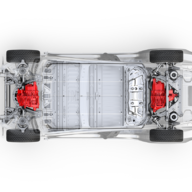 I'm having a hard time believing hydrogen is suitable for any purpose until I see some reliability data about all the involved components.

Everyone knows (or at least thinks they know) about EV battery wear & tear issues, but nobody seems to be talking about how well the hydrogen fuel cell stack holds up, or the fuel lines, or the tanks, or the hydrogen-making gizmo, etc.

Well we do have that BMW commercial that shows a car made from water. Very nice work and they show it about a million times a day.

Kardax said:
I'm having a hard time believing hydrogen is suitable for any purpose until I see some reliability data about all the involved components.

Everyone knows (or at least thinks they know) about EV battery wear & tear issues, but nobody seems to be talking about how well the hydrogen fuel cell stack holds up, or the fuel lines, or the tanks, or the hydrogen-making gizmo, etc.


Whenever EVs get brought up there will inevitably be questions about the source of electricity and battery durability and cost questions. However, I have noticed people rarely ask the same questions of hydrogen fuel cells. They all think it will be the best technology that will replace gasoline. This is esp. true of people who don't follow the developments in green tech. They just assume that it is going to solve all the problems ten or twenty years down the road.
I wonder why people question EVs a lot more than hydrogen when both of them have doubtful aspects.
B

Most people are not very adept at critical thinking. Many aren't good at any kind of thinking. That means they are heavily influenced by the media, and the media is biased and often inaccurate.

So back in the days of the CARD mandate, the oil companies started a FUD campaign raising the issue of pollution produced by electric cars. That message continues to be reinforced by the media.

You'll note that the BMW commercial, and every other commercial hyping hydrogen, never, ever, speaks about where the hydrogen really comes from. As far as most people know, it just comes from water. Your car burns water and produces water as exhaust. See above comment about critical thinking. Again the media just reinforces that message.

Hydrogen is a Pig