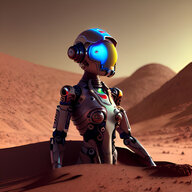 I got a 2014 Model S P85+ as a loaner while my car was in the service center. My first impression, before even driving the car was, "Wow, these older cars are really a lot looser around the seams." The doors felt loose, like they didn't seal up quite right. So then I started driving and what a racket! The new models are SO much quieter. I'm sure the low profile tires contributed a lot to the added road noise, but the overall noise levels were higher as well, roughly twice as loud subjectively when compared to my 2017 100D.

The old-style seats are much flatter, without much side support. The headrest is too far back, making it pretty much impossible to use for my preferred seating angle anyway. I thought I'd like the leather seats, but they're just too slippery and hot here in the desert.

Performance wise, it felt pretty much the same as my 100D, although it fell on its face at the loaner-limited 81 mph.

No autopilot! What? No autopilot? And no TACC?!? I really missed those features.

During the 7 hours I had use of the car, I drove about 200 miles. I neglected to open up the frunk, so I still haven't seen the cavernous opening that I've seen photos of. If only we could have that much space and still have dual motors. I'd give up the HEPA filter for the additional space in a heartbeat.

The large wheels and low-profile tires make for a lot of wandering in the rutted roads of Arizona. I'm so glad I stuck with the smaller size.

I much prefer the newer dash and door materials, although I would gladly swap my dark wood interior for the carbon fiber in the P85+.

Supercharging in the P85+ takes quite a bit longer than in the 100D.

Anyway, overall, the incremental and subtle changes Tesla has made over the past 3-4 years is very obvious when you jump back in time to the early model for the first time after having only experienced the current iteration.

I got on it from a stop to test the acceleration and noted that the car, being RWD, stepped out its tail just a bit before traction control caught it and brought things back into alignment again. That was fun! However, my wife wasn't amused. Oops!
Last edited: Jun 11, 2018
Reactions: morrisdl and Upscaleman
U

When I read the title of your post I had two thoughts:

1. This guy is off his nut, or;
2. This guy is going to increase the value of those old p85+ cars through the roof.

The "loaner" part fixed it. Write clickbait headlines for extra $....you're a natural.
Reactions: int32_t, croman, Retrospected and 1 other person
S

I nearly drove straight into the back of the vehicle in front of me on the freeway after merging in, driving the loaner P85+ the SC gave me during annual service. At the time, I was firmly convinced all Teslas always came with TACC, and that it was AP that was the new thing that came out later. It wasn't until I almost rearended that F150 that I realized those cars only had regular cruise control like the rest of the gas burners around it.
C

I have a 2013 P85+ and have had both 2012 and 2015 loaners. Neither seemed appreciably different than my 2013. However, we just had a new 2018 100D loaner for a week (with about 1400 miles on it) and it was the first Model S I've had that was noticeably nicer. It was definitely more quiet as you note (and I have swapped to the later 19" slipstreams with the Goodyear Grand Touring tires so it isn't just tires). The performance of this later 100D actually seemed a tick faster than my P85+ (perhaps that newer drive unit that they got at the end of 2017 coming into play here). I was sad to give it back....although not sad enough to drop the coin for a new one!
Reactions: SSonnentag

C
Which model to buy?