Good movies at the theater

Just came back from seeing "Game Night". Very funny, lots of laughs. This is one of those movies you Want to stay in your seat until the house lights go up!
•••
S

Yep, everyone in our theater except us left during the credits and missed the real ending. It really was a funny ending too.
•••

Agree that it was a good movie. I always check The @RunPee app before seeing a movie at the theater. While their main thing is a listing of good times to take a bathroom break (slow scenes that are easily summarized), they also tell you if there are extra scenes during or after the credits. Their info is available on-line as well as in native iOS and Android apps.
Reactions: ⚡️ELECTROMAN⚡️, ShockOnT, cwerdna and 1 other person
••• 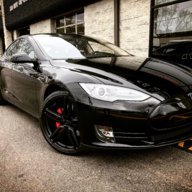 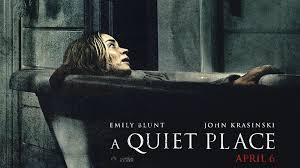 Not at the theater now but saw it when it was, but wanted to give a heads up to anyone who missed seeing "The Martian" (Matt Damon). It's playing for free on either the FOXNow or FXNow app (with provider) in their FXMovies section. Kind of long movie, 2 hr. 17min. but we felt worth the time. App says it's available for 47 days.

Looking forward to watch Jurassic World this weekend.
•••
B

Wanted to see deadpool 2 but yeah that and also heard hereditary is good for a scary movie!
•••
P

Watched Jurassic World in Cinema last weekend. I'm not really so amazed. Next is Skyscraper. I hope this one is awesome.
•••
S

We actually both liked Jurassic World. Thought the animation was great in it. While watching it didn't once think the dinosaurs were animated, so that said alot about the level of realism to us. Not a bad story with the exception of the very first part about the island -- that was kind of hokey on a few levels. Now I'm not looking forward to the next one if it goes where I think it's going.

Just came back from Ant-Man and the Wasp. Enjoyed it although we meant to see Infinity Wars in the theater and didn't make it before it left so regretted not seeing it. I can't get over how many people leave before all the credits have run and the screen goes black for the last time! It's like reading a book and tossing it before you've finished the last page and knows how it ends.
•••
S

Saw First Man (about Neil Armstrong's life from test pilot to 1st man on the moon and back) tonight and enjoyed it. Anyone else see it or plan to? I was disappointed that for a Saturday night 8:45pm showing there were maybe 3-4 dozen people in the theater if that. In light of all the worldwide excitement about SpaceX launches and landings my husband and I thought there would have been better attendance. Guess people were going to see Venom or A Star Is Born. My husband said he thought the demographics in our theater were interesting--he felt there were more people there who probably weren't born when Neil and Buzz were on the moon. There was a father and daughter who sat next to me which I thought was nice to see. Dad obviously old enough to have lived through the moon landing and his daughter too young to have.

One of the things that I thought the movie should have included was somehow at the beginning shown who the astronaunts were along with their names and maybe their missions. Not only as a tribute to these guys but to clue in those that either were born more recently or even those that lived through it but didn't follow it closely or through the passage of time had forgotten some of their names. I get the movie was centered around Neil Armstrong and while Chuck Yeager was in the opening scenes (mentioned by last name and you saw his name on his flight suit, it would have been nice to have seen more visual connection to the other astronauts as well.

I liked Ryan Gosling's portrayal of Neil. His character doesn't speak as much as does his facial expressions through out the movie. He was a quiet kind of guy compared to Buzz, who my husband and I saw speak at a book signing years ago when he was promoting his book "The Return".

I thought the effects were good and the movie made you appreciate how far we've come with space flight from the early days of the Gemini missions -- Also appreciation for the dedication and bravery of all those that have gone into space and those that contributed to the missions. There were a number of scenes that I thought were done well and will probably stick with me for some time. Did wonder if the scene near the ending on the moon with Neil tossing something into one of the moon's craters was factual or created for the movie.

I noticed in the ending credits a mention to SpaceX. Oh and while watching the ending credits we could barely hear what sounded like maybe Mission Control talk. It unfortunately was so soft at first we couldn't tell if it was sound from an adjacent movie theater room or coming from this movie. Kind of left us wondering what we were missing. But overall while not a great movie, did enjoy it and felt it was worth our time. Gee 50+ years -- been an exciting time to have lived through from a space exploration standpoint.
Last edited: Oct 14, 2018
•••
S

Time to mention another movie we just saw and both really enjoyed, "The Upside" with Bryan Cranston, Kevin Hart, and Nicole Kidman. Based on a true story with lots of laughs throughout and a lot of heart. A feel good movie really. This is based on a true story.

See the movie first and then come back and check out the comparisons between the movie and the people in the true to life story: How Accurate is The Upside? The True Story of Philippe Pozzo di Borgo
Last edited: Jan 19, 2019
•••

I remembered this thread was here and took a while to find it.

Just watched Brexit on HBO. Amazing. Will open your eyes to today's politics.
•••

Akikiki said:
I remembered this thread was here and took a while to find it.

Just watched Brexit on HBO. Amazing. Will open your eyes to today's politics.
Click to expand...

OMG, Amazing. Thanks for mentioning it. What a racket.
Reactions: Akikiki
•••
M

I would recommend you go look for a copy of "Won't You Be My Neighbor?" This film brings back childhood memories.
Reactions: swaltner
•••

There's a RED Model X in the new movie Cold Pursuit.
Remember those warning that are sometimes shown to warn adults that maybe children should not see something?
This is the opposite. I think children would not recognize or make a big deal out of what happens to the RED Model X as much as an adult Tesla owner/lover would.
•••

How about a drive in movie mode?

E
Using MYLR wheels as an electric generator during an emergency