Google routines and the Model 3 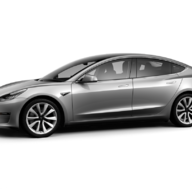 I recently installed a TeslaOffer v2.5 power trunk kit and was trying to figure out an easy way to open and close the trunk using voice command. Google Home has an EV Car app that works with Teslas but it is a bit cumbersome to use. After setting up EV Car (https://assistant.google.com/services/a/id/5a33fba4f93f74bc/) on your google Home account (lots of information on this...Google it - pun intended) you have to activate your Google Assistant and say the phrase, "talk to EV car". At that point you get prompted to issue a voice command such as, "open the trunk" and magically, it opens. I thought this was great except for the need to say "talk to EV car" before issuing a command. These commands are very specific for EV Car. For example, if you want to know the interior/exterior temperature of the car it will not recognize, "what's the temperature...?" Instead you have to say, "get climate status" obviously after saying "talk to EV car".

That's where routines come in. Again, I won't go into how to set up Routines and you know how to find the info...Google .

In Google Routines, you create your own verbal command to whatever you want and you don't need to say, ""talk to EV car" as that is programmed to your custom routine. So my first created routine goes like this: Activate Google Assistant (either squeezing my phone or saying "Hey Google") and say "open Tesla trunk" and it opens. "Hey Google", "close Tesla trunk" and it closes. My commands are not so creative but you can program whatever you want instead of mundane commands like me.

There are tons of commands to do things like lock doors, unlock doors, get charging status, setting charge percentage, setting temps, flashing lights, honking horn, vent and close windows, etc. It's a bit of work to set up each routine but you only have to do it once.

B
Never rely on Tesla App on Android; Google can stop it for no reason.