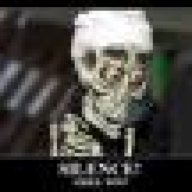 Wow....I'm sure Tesla and others are looking at this. Here in Florida insurances companies are required to repair or replace a windshield that has a chip or a crack. But nothing is free. Lower insurance rates for Gorilla equipped cars might offset the additional cost and would be worth it especially on a Tesla where replacement costs are about $2K. 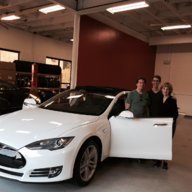 I had a windshield replaced because of a crack from a stone thrown by a semi-tandem. The cost was $1187 at the SC in Paramus.
•••

So, is it the standard three layer glass-flexible plastic-glass sandwich required so windshields don't splinter and blow shards back to slice arteries or decapitate people? What about when a 200 lb pedestrian hits the window, and it doesn't "break", but only flexes, cracks, but holds?

I would expect that if this was all it was cracked up to be, car makers would be putting it on all their cars, not just some two passenger sports car that I have never seen. Not saying YOU haven't seen one. But not all that common. Sounds like a testing phase.

I have about a half dozen or more rock strikes on my three month old 90D. Most left a mark, where the strike point shows a ground glass effect, but NOT a crack. One shows a tiny quarter inch star, but it has not spread. If the glass is too brittle, it will crack. I don't know how wonderful Gorilla Glass might be, because I don't drop my phone, but it's a whole 'nother use. I don't even know what the difference is between GG and ordinary car front window glass, as far as the glass goes. The few broken phones I've seen don't promote confidence.

So far, this is just in the advertising stage. I wouldn't worry about having GG as an option any time soon.
•••