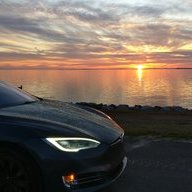 I'm looking to sell my Gray 2014 P85D, in the Annapolis MD area. I am the second owner (I believe, bought it CPO and they don't talk much of previous ownership) and the car currently has just under 60k miles. I bought the car in December of 2018 with Tesla's CPO 2 year or 100,000 mile warranty. The car has been fantastic but I found a great deal on a P100D that I just couldn't pass up

All options were selected except for SubZero package, including AP which I think at least for now works just as well as AP2 in most situations (my brother bought a new P3D so we've done a lot of testing of the AP differences). Interior is Gray with Gloss dark wood trim and light headliner.

When I first received the car I had it inspected and warranty claimed everything I could, managed to get an LTE upgrade on the MCU because they replaced it along with the dash screen due to some liquid draining you could see in the displays (apparently this happens over time to older LCDs?). They also put in a new charging assembly, fixed a few cosmetic things I talked them into, and addressed some other minor things around the car they found that I hadn't even caught (thanks to Tesla of Owing's Mills for the thorough inspection despite being the end of Q4 2018 where they were overloaded with new M3s).

I am selling along with a set of almost new (also purchased December of 2018) Michelin X-Ice winter tires on 19" aftermarket Gray turbines that I actually learned about from elsewhere on this forum (thanks - they look great!). They have their own TPMS sensors installed so it's a easy to swap summer/winter tires yourself. Comes with all the usual CPO goodies (complete charger set, tire fill kit (unused), trunk cargo cover, etc.).

I have also posted for sale on onlyusedtesla,com - feel free to checkout the photos here:

Only notable signs of wear:
- Curb rash on 3 wheels (previous owner must not have known of the auto park feature...), I did manage to talk one new wheel out of Tesla on a warranty claim however.
- Small scratch/dent on the lower passenger side of the front bumper - see photos - I honestly never even noticed it day-to-day unless I look for it but YMMV, I got a good deal CPO because of it and have priced accordingly
- A couple small cracks in places of the glossy wood trim, but again unless you're looking close you can convince yourself they're just part of the grain

I think that covers everything, clean title, no pets, no smoking, mostly used for commuting (and on AP).

Please feel free to post any questions or request any additional photos you think would benefit everyone directly in the forum, otherwise PM me if you're interested.

Thanks for the comment, I saw some models like the one you sent that are in the 49s/very low 50s CPO from tesla so I guestimated $52k w/ the 21" gray turbines and a nearly-new set of winter wheels would be decent, but I'd be happy to take $50k for just the car and I can try to resell the extra wheels on their own - I realize not everyone needs winter tires.

I'll update the title a bit to reflect this, thanks again - any and all feedback is appreciated!

...nevermind - it doesn't look like I can edit the title... anybody know a secret handshake to edit a threat title? Or can you only edit tags?
M 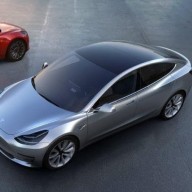 @rjscoder would you mind posting a link? I don't know how to see sold listings except for with a membership on ev-cpo (which I don't have).

ebirck said:
@rjscoder would you mind posting a link? I don't know how to see sold listings except for with a membership on ev-cpo (which I don't have).

Yeah I don't have a subscription either, but it was this one. Came with rear facing seats! 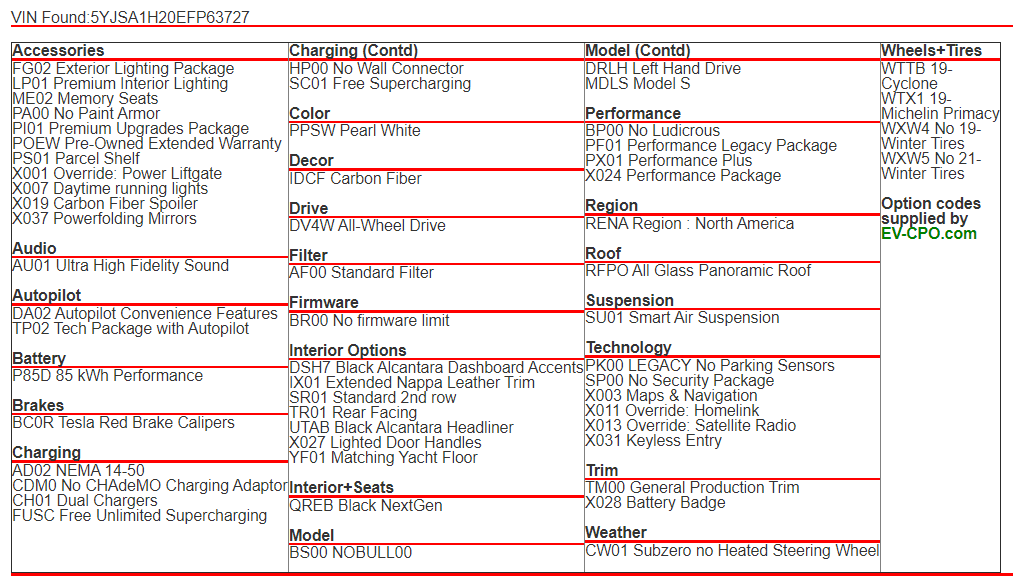 For buyers on the East Coast within a reasonable day's drive of Maryland, I'd also be willing to bring the car to you for no extra cost. I'll also be taking a trip to Milwakee to pickup my next car sometime in the coming weeks, so anyone along that route I could drive the car to you instead of flying up.

@rjscoder, it's worth noting that car had 75k miles, which also means the warranty may not last as long if the buyer is a heavy driver (warranty is only good for 2 years or 100k miles). Plus that car had generic black interior with silver cyclone wheels, for whatever that's worth. Otherwise it just seems rare to find them that cheap CPO. 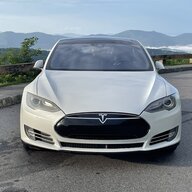 That’s my car! Fully loaded with plus suspension. Still waiting on delivery.

My Unicorn came along - Pulled the trigger on used P85D!

It’s true that the car has a lot of miles which may explain why I got it so cheaply. I would have preferred one with under 50k purely for the additional time under warranty (I only drive about 10k/year). But the photos look like it’s in great shape. Rear-facing seats and 19” wheels were the only real must-haves for me: the fact that it had every other option was just a major bonus. Love the rear next gen seats.

I think you’re pricing yours fairly. It was just a little outside my budget.
Last edited: Apr 23, 2019

My Unicorn came along - Pulled the trigger on used P85D!
Click to expand...

@Rough Synapse That's awesome! Congrats on your purchase - that's definitely an amazing car for the price!

One question for you, how did you find out the car has the Plus suspension? I believe mine has it based on VIN and staggered wheels from what I've seen elsewhere on the forum, and on the original Tesla CPO posting it said performance plus suspension, but then when I bought it they sent a build sheet that only mentioned smart air suspension - how can I be sure?

One question for you, how did you find out the car has the Plus suspension? I believe mine has it based on VIN and staggered wheels from what I've seen elsewhere on the forum, and on the original Tesla CPO posting it said performance plus suspension, but then when I bought it they sent a build sheet that only mentioned smart air suspension - how can I be sure?
Click to expand...

Right, you can filter by "+ suspension" on EV-CPO. And the options sheet rjscoder posted up there 4 posts ago for my car has it listed under the "Performance" category as "PX-01 Performance Plus" (not listed under "suspension" like you'd think).

So if yours was ever listed for sale as a CPO, you can type your VIN into the EV-CPO website under "Advanced Options" and save the configuration, then load your configuration when browsing Archived Listings instead of current listings. I think you have to have a subscription to do this, but I'd be happy to check it out for you if you want to share your VIN.

It's not a subscription wall, anyone can check a vin's option codes

View media item 119645Looks like no plus suspension. ("PX00 No Performance Plus Package")

Gotcha, guess that just means it's better for comfort than cornering. Thanks for checking!

If it's April 2015 or earlier P85D, it has the Performance Plus suspension package -- regardless of having staggered or 21" rims (many were sold with 19" rims). But the option code for it, PX01 may or may not appear on the option code list for your car. The P+ suspension is completely separate from the "Smart Air Suspension".

Hank, you are a wealth of information, enriching this forum.
Reactions: spy4007 and HankLloydRight