Brought my Model S in for my 3 yr checkup appt @ Costa Mesa, CA service center. Process was very good...pulled in, greeted a helpful person verifying my appt and directing me to the appropriate lane. Technician came by shortly to review my concerns, had me wait inside while he inspected the vehicle. A few minutes later he walked me through items he noted. Everything seemed covered in the list...my items, his items... He directed me to someone who called a Lyft for me and I was back at work shortly after.

In the meantime, I received an email with a list of the work to be performed (confirming what I had signed earlier) and a text that could be used to correspond with the technician at Tesla.

I received a few updates as the car was progressing through the work. At about 2:30, I received a text "We wanted to let you know that your vehicle is in queue for an alignment. Once complete, a Tesla service team member will reach out to you after the vehicle has finished being charged and washed."

Everything up to this point was exactly what I would want and expect. Great!

Around 4:15, I asked if a Lyft could be sent to return me to the service center (so I could avoid the building traffic and be ready to go as soon as the car was ready). There was no response to that text. I lost track of time and noticed it was after 5, so I did a quick check and found the hours of the service center end at 5. I texted again asking if my vehicle would be available today at around 5:15.

I did receive a response about 10 minutes later, but unfortunately it was to inform me that the car would not be available today. The "alignment racks are at capacity". I would be contacted tomorrow and an apology was given.

I appreciate the apology but I'm disappointed by how this was handled.

Were they ever going to inform me that my car wouldn't be ready? Or would I have just figured it out at 6 or 7?

My car was "queued for alignment" at 2:38pm. Tesla should have known at that moment whether or not my car would be completed today. Perhaps something went wrong after that point...but in that case, I should have been informed of the problem at that point and new expectations should have been set.

Is it unreasonable to have expected Tesla to make or facilitate whatever arrangements I have to make to deal with transportation due to the car being kept overnight?

At minimum, they should have pro-actively informed me as early as they knew my car wouldn't be completed...and in all likelihood that could and should have been the moment my car was put in the queue for alignment.

Sure, I can pay for a ride home or find someone to bail me out...but I would have had more options to make those arrangements had I been informed at 2:30 or 3:30 or 4:30 that my car wasn't going to be available. And why is this now my problem to solve?

Obviously, I'm going to have the same problem to solve in the morning when I have to figure out how to get to work and eventually back to the service center.

I'll complain to the service center. This just isn't a mistake I'd expect to occur at this stage in Tesla's development. This is an utterly avoidable error. Well run organizations like Tesla should not be making the same mistake twice -- I can't imagine they would let this happen not line at the factory. I find it hard to believe I'm the first person with this experience...but there is no reason I can't be the last.

Tesla...you are supposed to be on the forefront of, well, everything. Apply the same techniques you use in your manufacturing facilities to every other aspect of your business, including your service centers.

Anyway, not the end of the world...but it was startling how quickly my experience went from fantastic to really, really bad.
Reactions: TaoJones
••• 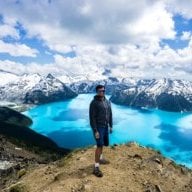 I've only had one service appointment so far and that was to change the 19" grey slipstreams to silver slipstreams and to re-badge my car along with updating the car to the newest firmware at the time. They had given me my car with grey slipstreams because they didn't have the silver ones in stock (the ones I wanted because I was going to replace them with aftermarket wheels anyway).

When I came for my appointment at 0800, they told me that my car would be done by 1000. However, it wasn't done until 1130 and when I checked my car, they forgot to apply the chrome-plated T on the back of the car, so I informed them about it. It took them another 15 minutes to verify the T was missing and another 15 minutes to apply it. By the time everything was done, it was noon and I should've been at work by then. I was 40 minutes or so late to work that day. I had given myself 2+ hours buffer in order to get to work on time because that's what they told me how long it would take, and being that late is bad in my field because I look after really sick people.

I complained to Tesla and gave them my account of what happened and a person from HQ in California contacted me to personally apologise and that it would not happen again.
Reactions: TaoJones
•••
D

For what it's worth, I received a text in the morning from the service center informing me that my vehicle was ready and an offer to provide a lyft... The car was as expected upon arrival. They didn't mention stranding me the night before. They reviewed the work performed and assisted with exiting the parking lot.

So, everything went the way it should with the exception of keeping me well informed about the status of my vehicle on the day of the service call, in particular not informing me it wouldn't be available until the end of the business day and then not offering any assistance with arrangements that evening.

For what it's worth, I tweeted Elon. I still feel like this just shouldn't have happened. Maybe you make this mistake once...but there is no reason it should ever happen again. Disappointing.
•••
M

This sentence contains an oxymoron.
•••

C
Received my model S , 1st week had to get frunk realigned. Was told by mobile service and SA that wrapping my car would not void warranty