Had to reset Eliza today 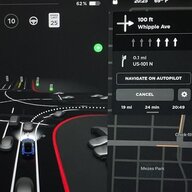 On the way to work the touch screen was flaky and didn’t let me tap certain icons — like changing MPH for cruise control. When I came back to my car, the back wouldn’t open and when I tried to open the driver’s door I saw a message on the display telling me to tap my card on the pillar.

I did and the car opened but was completely frozen. The screen would not respond and I could not shift my car out of park.

Had to search for reset on the Internet — press in both scroll wheels and hold for 10 seconds. Did not work the first time but worked the second time. Eliza rebooted and all was well afterwards.

Totally normal and needed once in a while. You are driving a computer on wheels. If it becomes extremely frequent then make a service appointment.

Totally normal and needed once in a while. You are driving a computer on wheels. If it becomes extremely frequent then make a service appointment.
Click to expand...

Mac users don’t know from Ctrl + Alt + Del. I reboot my machines only after software updates. But yeah, I geddit.
Reactions: WhyYesPlease 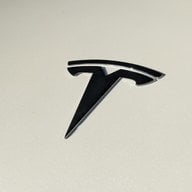 Yesterday morning: screen froze, unresponsive to input, I was still able to drive the car but could not tell my speed. Fortunately we were following a friend so I matched their speed. I was going to pull over and reboot the car, however, after a few minutes the screen went black then appeared to reboot itself.

Today: about 2 hours into our 11 hour trip home received a warning that autopilot visualizations would be reduced in quality temporarily until my "next drive". We were going through the mountains and car had poor 3G coverage for some time. My guess was visualizations are based on GPS data which could not be downloaded. By the time we got into civilization with better coverage things improved.

H
MY Screen wont wake right away after a deep sleep