Has anyone made the run from Jackson, MS to Memphis, TN ??

Hi
After 1.5 years, I have finally decided to try to get my S 85D with 19 inch wheels from Austin to Memphis to see the grand kids rather than burning gas in our Acura MDX. I will leave early in the morning this Friday, the 20th. The leg from Jackson to Memphis looks a bit...."Scary". Has anyone made this run? What was your level of anxiety as you approached Memphis?? How much range did you have left when you arrived? Did you drive slower than the traffic patterns? Did you worry about flat tires and no spare?? Would you do this again??
thanks,
Grant
•••
R

I took delivery of my Model S two days ago. I plan to make the trip to Memphis regularly starting in the fall of this year and so am very interested to hear others experiences as well as how you get on. Good Luck....
•••
B

Probably not going to find a lot of feedback on this leg of the trip in the Texas subsection.
•••

Haven't made the trip myself, but I've made many similar and I would be fairly comfortable doing this leg in an S85+.

-get a full charge before leaving, get the cabin temperature where you want it prior to unplugging
-start off conservatively driving the speed limit and using limited climate control (you can bundle up or use seat warmer in the cold)
-keep an eye on rated miles usage and miles driven as you go and be sure you are at or ahead of pace
-do not make a wrong turn that could cost you significant mileage


After doing it a couple times, you should have enough of a feel for the drive that you will know how aggressive you can be.
•••
C

Thank you all. I look forward to the drive and I will let you know how this goes. It should be a great adventure
•••
N

CGW said:
Thank you all. I look forward to the drive and I will let you know how this goes. It should be a great adventure
Click to expand...

Did you look at EV Trip Planner? The two biggest variables will be speed and temperature. I plugged in a few numbers and saw anywhere from 251 RM at 65 degrees to 276 RM at 40 degrees. Charging to 100% and watching your speed will be important. Check on Plugshare for chargers about 50 miles out as a backup. Go to evtripplaner.com and play with the numbers.

Check your tire pressures before leaving and put them at the maximum recommended pressure.
•••
C

@flyeyes has done that, both directions. Perhaps he will chime in. He wrote specifically about the trip from Memphis to Jackson, pretty sure he has a 85D, drove fast made it with < 20 miles range. I think the reverse was slower, steadier, and unremarkable.

I also have a co-worker early S85 has a SERIOUS led foot made the trip Memphis - NOLA via Jackson MS. Didn't enjoy the trip since he had to drive < 85 mph, but made it both directions, summertime, 4 full size adults in the car. Doesn't post here.

There is a Nissan dealership on I-55 on the southern end of the metro area with a Chademo. That has to be 20 miles southwest of the Memphis SuC. Other than that your only plan B is a detour to Oxford MS. It won't save you much battery to get there, so you are far and away best off following the previous given advice.
Last edited: Jan 18, 2017
•••
C

Thank you all for the terrify tips and the encouragement....I will stop by the gas station (!??) tonight and inflate the tires....I did not think of that one.. I don't have a Chademo adapter but if things start looking too scary, I will slow down and find a truck to draft carefully.
I am off early tomorrow morning and really looking forward to the trip. This is FUN.
•••
C

Greetings and thanks again for all of your encouragement and suggestions.

I made that trip over the weekend and it went very smoothly. There were a few interesting issues, but the car performed perfectly and I finished the trip even more enamored of it.

The big glitch was my fault. My navigator in the car seems not to know where the Memphis Super charger is located. When I set Memphis as the destination, it took me from the Jackson/Pearl supercharger to the geographical center of the city of Memphis or a city office or something that was more than 15 miles from the supercharger! I arrived a the charger with about 18 miles of range and after searching for the charging station for a while and coming to the realization that I was far from my destination well .....it was a bit interesting. I dared not to make any mistake getting to the supercharger, which I navigated to using my i-phone and google maps. I made it on very nearly an empty "tank". In reality, I should have been more careful in reading the map in the car because I knew where the charger was located from earlier research. I was just tired after 14 hours, had my eye focused on the energy usage and not paying proper attention to navigation.

The way home was uneventful from a range anxiety point of view but did have some periods of anxiety. I arrived in Mississippi at the same time as the storm that killed 19 people on Sunday. The rain. lightning and thunder and the wake from the 18 wheelers was ....well....interesting at times, but the car did a great job.

I learned a lot about how to follow the % charge listing on the navigation system vs the miles to destination, vs the range on the charge indicator vs the projected range and deal with all of these things, each of which are valuable data. I also learned how much the charging rate slows down as the charge nears full. Is it better to charge twice as long at Corsicana and go directly to Austin or charge less in Corsicana and make a stop in Waco? Interesting analyses.

I got the skull and cross bones twice during the trip. Once I earned it for not grabbing the wheel quickly enough and once for well, another violation that occurred when I was passing someone who seemed not to want to be passed.

Anyhow, the trip was all great fun. My grandkids are absolutely beautiful and so is my Tesla...
•••
N

I am glad it all worked out. The first long trip is the hard one, but now you will have the confidence and experience you need for future trips. The trip planning that seems difficult now will be routine in the future. As to charging full once, or less twice, it all depends on what you are doing at the time and your level of comfort. Having the superchargers at the Corner Bakery in Corsicana, makes a long charge session easier, than say at Huntsville, TX, where there is little to do nearby.
••• 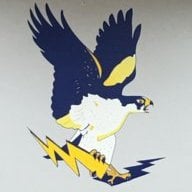 namlio said:
I am glad it all worked out. The first long trip is the hard one, but now you will have the confidence and experience you need for future trips. The trip planning that seems difficult now will be routine in the future. As to charging full once, or less twice, it all depends on what you are doing at the time and your level of comfort. Having the superchargers at the Corner Bakery in Corsicana, makes a long charge session easier, than say at Huntsville, TX, where there is little to do nearby.
Click to expand...

There is a Starbucks after a 10 minute walk from the Huntsville SuperCharger if you go NW and over Hwy 45.
•••
R

Actually from Nashville to Houston.
The stretch from Memphis to Jackson had me scared just by looking at it.
When we got to Memphis to charge up, it GPS said we would arrive with 3% to spare and to STAY under 60.
So we found a charge port that was at the outlet mall 20 miles south (the Nissan dealerships all closed).
We thought this would keep us in a safe range! Unfortunately after an 1.40 minutes at charge port to gain back 20 miles, it made NO DIFFERENCE.
Afterward we are still at 5%.

Will keep you posted.

You'll be fine. Just keep the speed down.

PLUS EV said:
You'll be fine. Just keep the speed down.

I just traveled Austin to Houston. Don't trust the Tesla navigation. Try your iPhone for a more direct route, or at least a list of optional routes. I think I was at -5% a few times, but by drafting occasionally, and shaving off 5 miles by getting off the highway and using surface roads, I got there with a couple miles to spare.

When in doubt, slow down. I find the Nav tries to get you to go about 10 miles slower than absolutely necessary.
•••

Actually from Nashville to Houston.
The stretch from Memphis to Jackson ...
Click to expand...

Boy ... I think there's some bad advice and some good advice here. there isn't an alternate route between memphis and jackson MS. It is I-55, all the way. As AR has no chargers, there's no way around this leg unless you do something crazy like go to St Louis, then Kansas City, then head into TX. Or, go back to your starting point and head due south I-65 to I-10 to Houston. It is well established that you can make Mem-jackson MS so long as you pay attention to your speed, and pay attention to the energy app. Plus it is warm out today, with the wind at your back. You will be fine.
•••
C

I learned from experience that my 85D had plenty of range to make that trip. The biggest issue I had was, as I said earlier, the result of the fact the navigation system (at the time of this writing) did not know of the existence of the Memphis super charger. When you enter Memphis SC it says no such!! If you just enter Memphis, which is what I did, it takes you to the city center, which is nearly 20 miles from the SC.... I still made it but there was no room for error such as taking a wrong off ramp or missing and exit. That 20 miles was by far the most range anxious part of the trip. The lightning storm in Jackson on the way home was, however, the most stressful by far. I really did NOT want to charge that fast!
I will make that trip again and be very confident...all the while hoping that Elon makes up with the Clintons and decides to install a charger in Little Rock Arkansas, which would take hours off of the trip from Austin to Memphis.
Grant
Reactions: BerTX
•••

Try this, when your battery doesn't have enough to reach the Supercharger