Help design a pedestrian warning noise for a Tesla 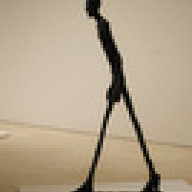 Many of us have waited behind people walking in the middle of the parking lot aisle, unaware they are blocking a silent car behind them.

One hates to honk and startle them; they may stop and turn around. Same thing goes for a strange noise, however entertaining.

So you really want a familiar noise associated with a moving car, so they will simply move sideways without even looking at you. 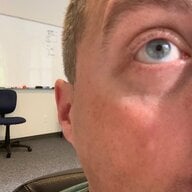 I vote for this:

How about the sound of a bicycle bell? It's something people are used to hearing from environmentally friendly, silent vehicles.
••• 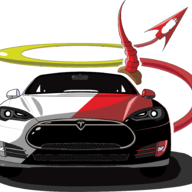 Todd Burch said:
I vote for this:

the sound of wheels turning on gravel would be familiar and unobtrusive.
•••
J

Roll down windows, up goes the stereo volume. :smile:

If the weather is so bad that rolling down windows is a problem, then I think pedestrians have right of way anyhow.
••• 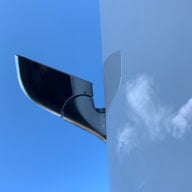 This is a slippery slope!

Once you start down this road, you have admitted some kind of (unreal) flaw. Where's the noise maker for the Lexus, the Rolls, an Avalon, an Acura etc.?? Those cars are next to silent when idling. Why don't people complain about those being too quiet? Or do they? IF we even consider it, then there should be a threshold of silence that should be applied to all cars below db level.

If something is to be considered, I vote for an aermore.

With all due respect, this conversation has been so hacked to death on these forums.
•••
T

Its called a stereo and its standard.

You guys dont listen to music in your car?! Or crack your windows?
•••

Mr X said:
Its called a stereo and its standard.

You guys dont listen to music in your car?! Or crack your windows?
Click to expand...

Music could be coming from any car in the parking lot. It's not suggestive of an oncoming vehicle.
The bicycle bell is better, but then a pedestrian expects the bike to make it past if only they don't spread arms in a gesture.

This thread is supposed to be about implementation: criteria, method. Funny noises has indeed been hacked to death.
••• 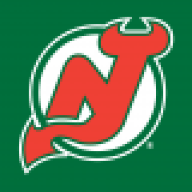 FWIW:
my leaf emits a warning sound when driven under 10 MPH and it also has a reverse beep
•••
T

To a prior poster; this is not about mandating sounds. I'd like to have this option on any vehicle, not just an EV as I experience this problem in an ICE, too.

A muffled/muted horn. Just produce the exact same sound at a lower decibel level. It's instantaneously recognizable and soft enough that they don't jump out of their skin.
••• 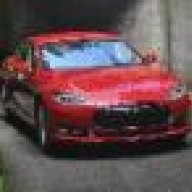 Yes, I've had enough experiences in parking lots and other places where people just don't hear my car. Little old couple in the parking lot at the store last night - blissfully walking down the middle. I paced them for about 10 stalls worth before they got to their car. I'm not sure they ever saw me. I do get cranky about people that don't automatically walk to one side but our society frowns on running people over in general...

Personally, I like the sound of electric arcs. Definitely would get people's attention. Either that or War's Low Rider (Low Rye Duh).
•••

I would be interested in a device that amplifies the natural noise from the electric motor, similar to what you can hear on the AM radio. This way, acceleration or deceleration would also be evident to pedestrians by the pitch change.
•••

1) With no external speaker, how will this sound be produced with just a "firmware-compatible" implementation?

2) If you floor it, you can use the balloon squeal. Of course at that point your obstacle is no longer. Problem solved!

JohnQ said:
I'd like to have this option on any vehicle, not just an EV as I experience this problem in an ICE, too.

A muffled/muted horn. Just produce the exact same sound at a lower decibel level. It's instantaneously recognizable and soft enough that they don't jump out of their skin.
Click to expand...

They will just think you are over an isle or two. Gotta be something weird/other-worldly.

> With no external speaker [scaesare]

There is room outside the frunk under the side covers, a bit more room on the driver's side, plenty for a speaker horn. Add a push-to-talk microphone and a small amp and you are an instant cop car: "click - Roger that! We're on it! - click"
--
••• 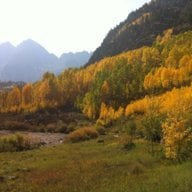 How about a loud voice yelling, "ON YOUR LEFT!"

PS, that was sarcasm. I haven't had an instance in over a year where someone in a parking lot hasn't heard me roll up behind them.
•••
A