[taken from email I sent yesterday to a bunch of people. anything in brackets is something I added or modified for this thread post.]

Even those of you who don’t live in Massachusetts, or are too busy, or are prevented by your corporate role from speaking out publicly — you can still help, that's why I included you, so please read on! I know that every single one of you is a busy person, so I’ve tried to keep this email brief (at least for me) and not waste your time. This is a hand-crafted, artisanal email — no robo mail here! One email, with a lot of people on the bcc line. This email is suitable for forwarding. Your reward for reading through to the end of the email is… pictures.

I’ve known some of you 30+ years and others I’ve met recently or briefly. Collectively, we span a range of professions and passions: medicine, engineering, law, accounting, government, business, services, venture capital, environmental care, electric vehicles / Teslas / car stuff. I think we all share at least this objective: reduce carbon emissions; slow global warming; leave a better environment for the next generation. One way to help get there is to put a price on carbon emissions so we harness the forces of the free market to generate solutions.

We are moving faster at the state level than at the national level!(*) Climate XChange, co-founded by my wife, Jessica, and operating under Michael Green, Executive Director, has been pushing hard for carbon pricing right here in the Commonwealth of Massachusetts, since 2013. There are now two carbon fee-and-dividend bills in front of the Telecommunications, Utilities and Energy (TUE) joint committee of the Massachusetts legislature. Both bills rebate the money raised from a carbon fee back to the households and businesses of Massachusetts, especially to reduce the impact on lower-income families. The primary difference is that one of the bills sets aside 20% of the money raised for carbon impact mitigation projects. Economic modeling conducted by Regional Economic Models, Inc. (REMI) and the Massachusetts Department of Energy Resources (DOER) indicate that these carbon pricing plans result in net job creation for the Commonwealth as well as significant reduction in carbon emissions. Setting an example in Massachusetts will influence other states and ultimately the national direction.

The bills, S.1821 and H.1726, were drafted with input from Climate XChange(**). When combined by the TUE committee, the resulting “committee bill” will be suitable for a floor vote later this session. In [less than] two weeks, June 20, the TUE committee will hold a public hearing on these two bills, which is the public’s primary chance to demonstrate highly-visible support. At a time when so much progress is stalled or even being reversed at the national level, we can make a huge, positive difference in Massachusetts.


[email protected], [email protected], and cc to [email protected], [email protected]​
Please, if you can find a way to take a bit of time off work, reschedule clients, customers or other commitments, etc., please go to this hearing and make a big joyful noise! Get others to go! A jam-packed, overflowing, people-hanging-off-the-balconies kind of thing is VERY IMPORTANT to show popular support for the bill! Don’t forget that the oil and gas guys are gonna be there along with the auto dealers and other forces of “balance”. The only way we get this legislation enacted is if people show up for it!!

Finally, there are two other important dates in June that might be of interest to you if you are a Massachusetts resident. These dates are all about meeting individually with legislators to share your opinions with them up close and personal. This option takes the most time but has unique effectiveness. Legislators know that it’s a big deal when someone takes the time to come meet with them personally. These dates are separate from the Bill Hearing on June 20 in front of the Telecommunications, Utilities and Energy joint committee. To engage individually with your legislators:
Thank you for reading all this!!
Alan

——
(*)It’s pretty clear there won’t be anything useful happening at the national level for a while; worse, we’re going backwards. But we can’t give up at the national level and we aren’t — that’s Citizens Climate Lobby, with 50 thousand plus members, persistently lobbying Congress year after year and growing like topsy. Jessica is pursuing a dual-track strategy: national engagement in parallel with state-by-state. (Disclosure: Jessica sits on the CCL Board [as well as having co-founded Climate XChange in 2013].)

——
Attachment 1: a hearing from October, 2015. Senators & representatives on the dais, people testifying at the table, people lined up waiting to testify, bodies strewn everywhere, standing room only. A ton of people standing outside in the hallway. Center foreground, 11-year old John Langerman in a purple shirt. The lady on his left is his reading tutor. The committee spent ~15 minutes on a dozen other bills and 3 hours, 45 minutes on Barrett’s carbon fee-and-dividend bill. Enacting legislation isn’t easy. 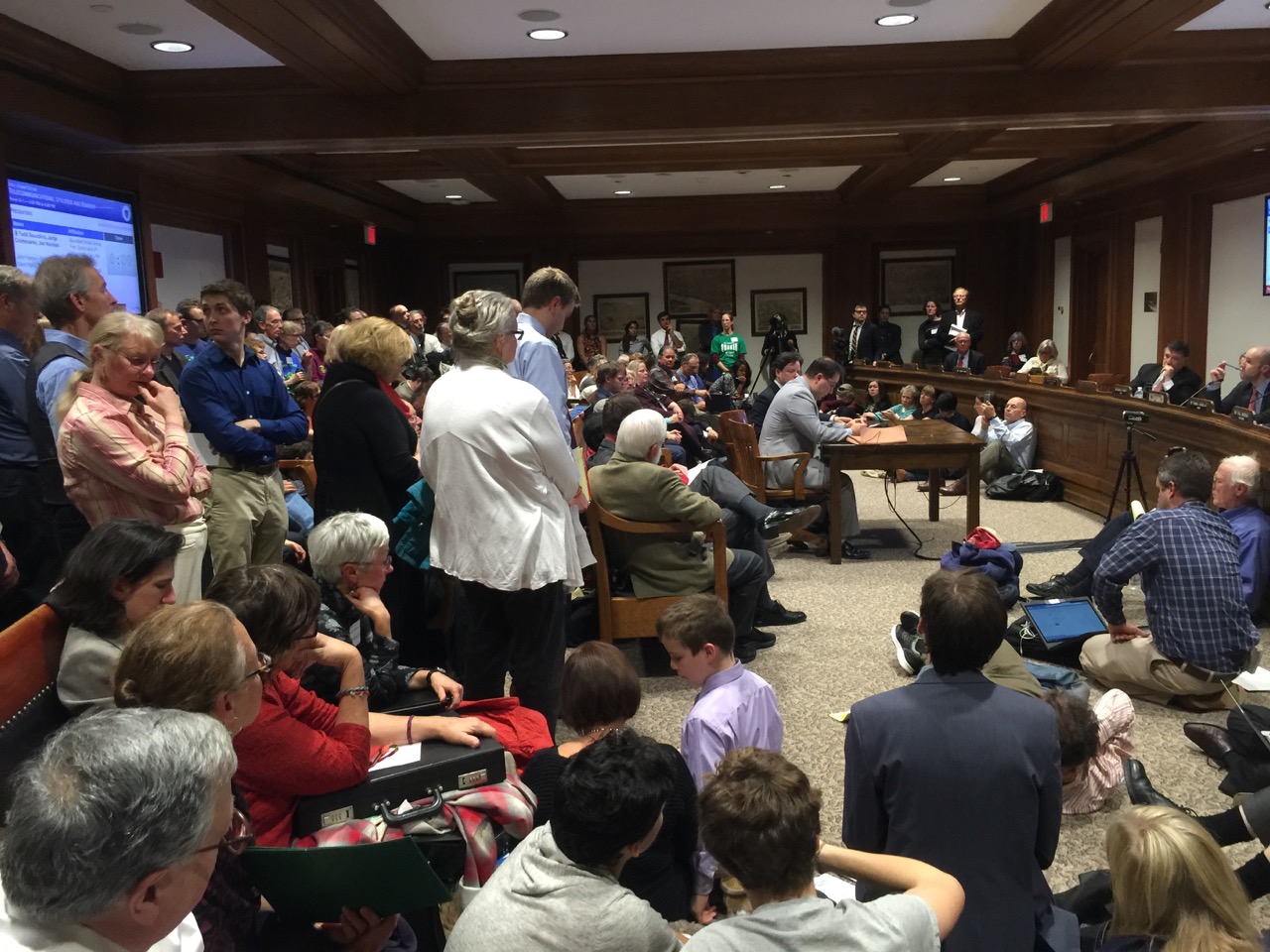 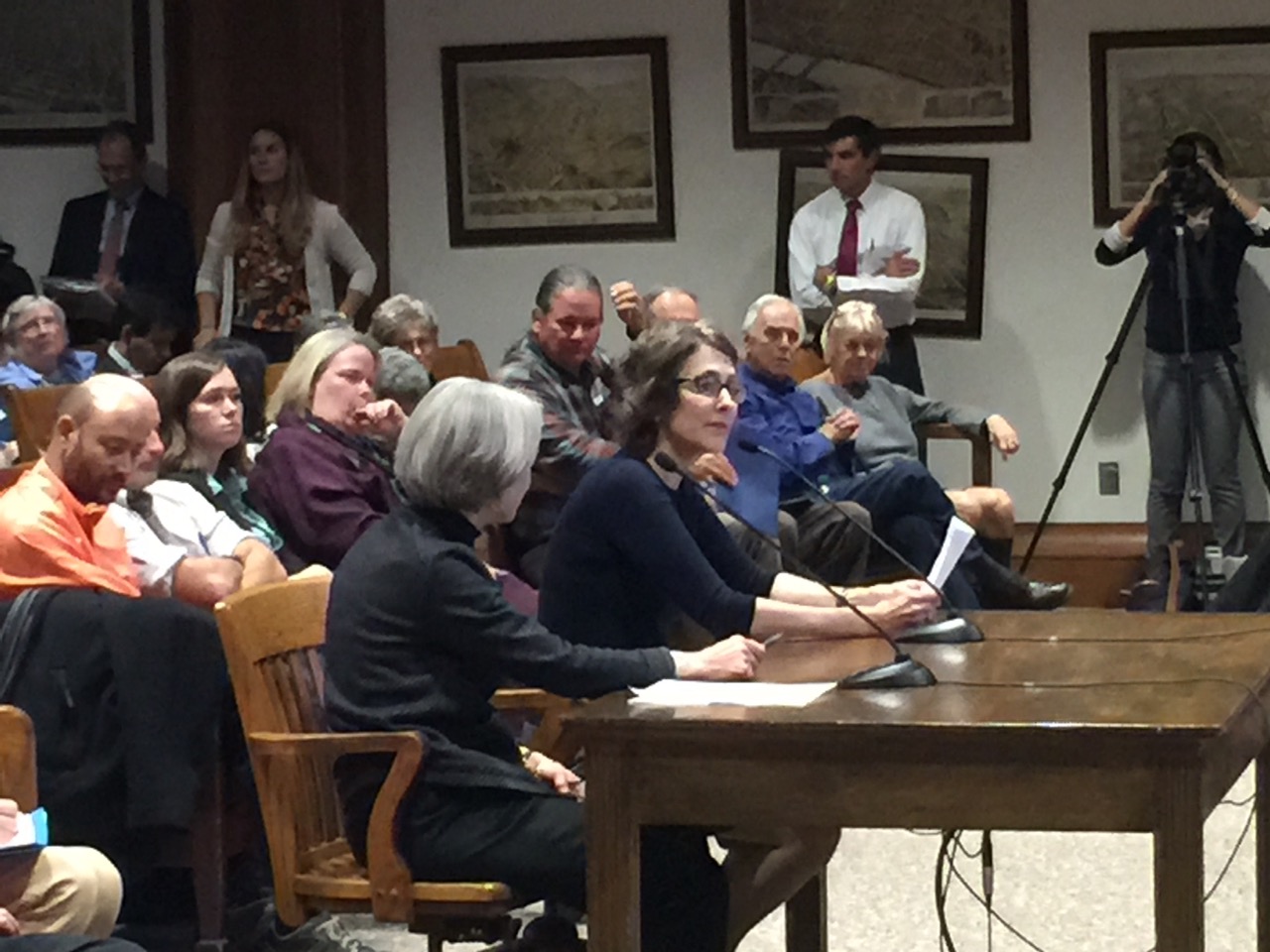 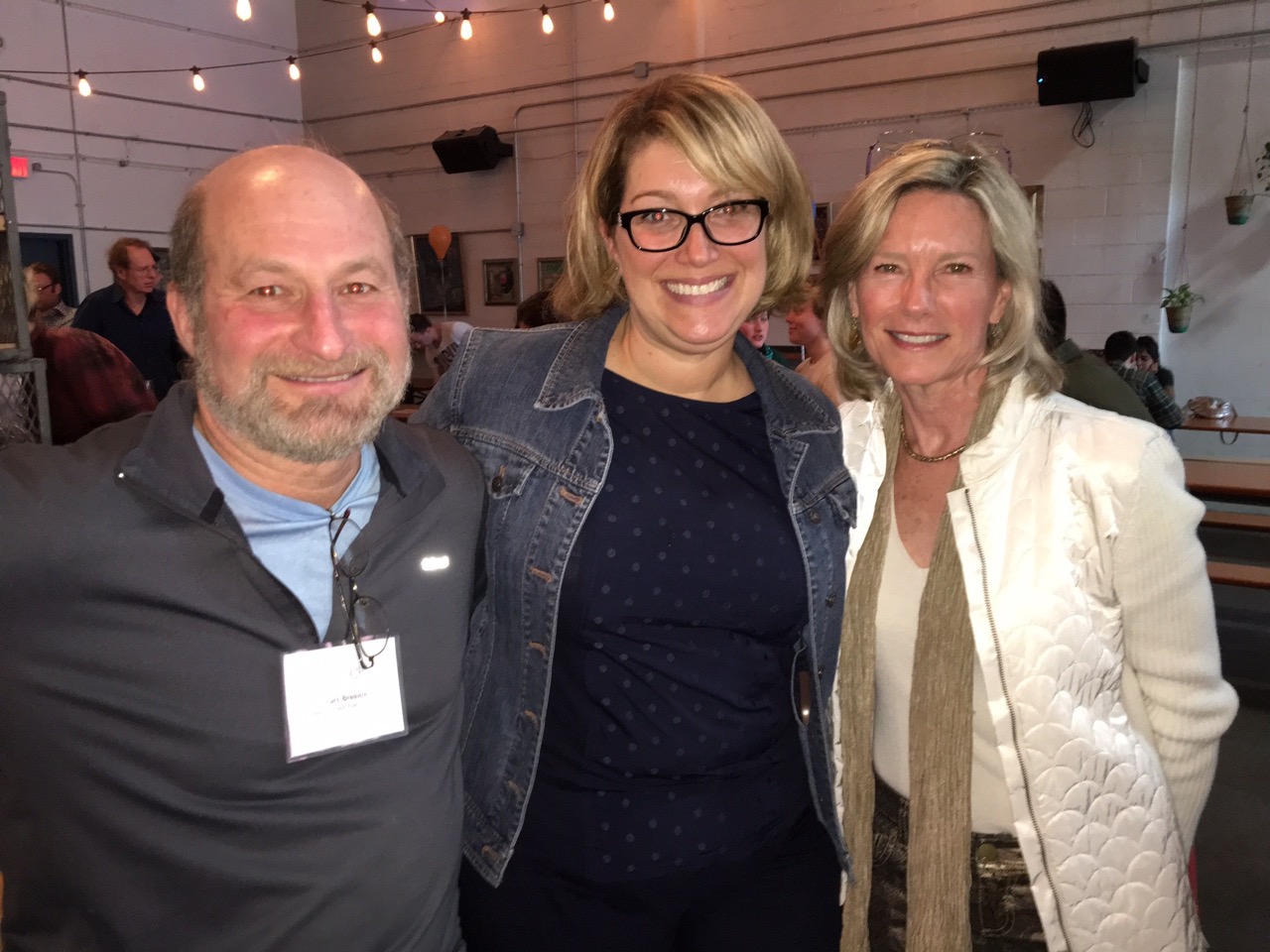 [huh, this didn't make it into the post, but not so important, all the key information is included above] " title="BREAKING_ Carbon Pricing Hearing date announced.eml" role="img" style="color: rgb(0, 0, 0); font-family: Helvetica; font-size: 12px;">

——
Last, and definitely least for today’s purposes, CXC is in the middle of its Carbon Pricing Awareness Raffle fundraiser. Three Tesla prizes (but we are not affiliated with or sponsored by Tesla), including Grand Prize sedan or SUV which including the federal tax payment we make on the winner’s behalf totals $160K in value. The best car in the world! We use the eye-catching raffle to publicize carbon pricing and the effort in Massachusetts, plus raise money for the effort. If you click through to the web site, scroll down a little for a funny video we made to get attention for carbon pricing and the raffle. (Disclosure: I’m heavily involved in this thing.) [And there is already a thread here on TMC about this raffle, so if you have questions or comments please go there.]

[P.S., didn't think to mention this in my email, but it just occurred to me that an interesting tidbit is that Sen Barrett has also introduced S.365, An Act Restoring Financial Transparency in Presidential Elections, which requires candidates in a presidential election to supply the last three years of tax returns, which will be published on the Secretary of State's website. Otherwise, their name will not appear on the ballot in Massachusetts. Already has 55 co-sponsors, which is noteworthy for a bill introduced for the first time.]
Reactions: PeterK
•••
P

Geez, I'm feeling lonely in this thread. Did I post it in the wrong place?
•••

There is also a New England sub-forum. You might get more traction there.
•••
P

Hi, @ggr, thanks for that suggestion. I'll follow up on it later today; outta juice at the moment.

bump bump bumpity-bump... ain't no one interested in carbon pricing in MA? Waaaah!

Thanks for posting!
Reactions: Pollux
•••
P

Partial report on hearing from ~2 pm today, hearing had been underway for 1 hour at that point. The text below is from an email I sent then.

Here’s how the hearing is going so far. IT’S GOING WELL!

Don’t worry, I’m not going to live-tweet this thing.

But this is some info from about 12:30-1:50 p.m. I may torture you with one more of these updates tonight or tomorrow morning.
There is a live cast from the State House, Gardner Auditorium:
Nervousness @ 12:30. Jessica is there to take these pix: 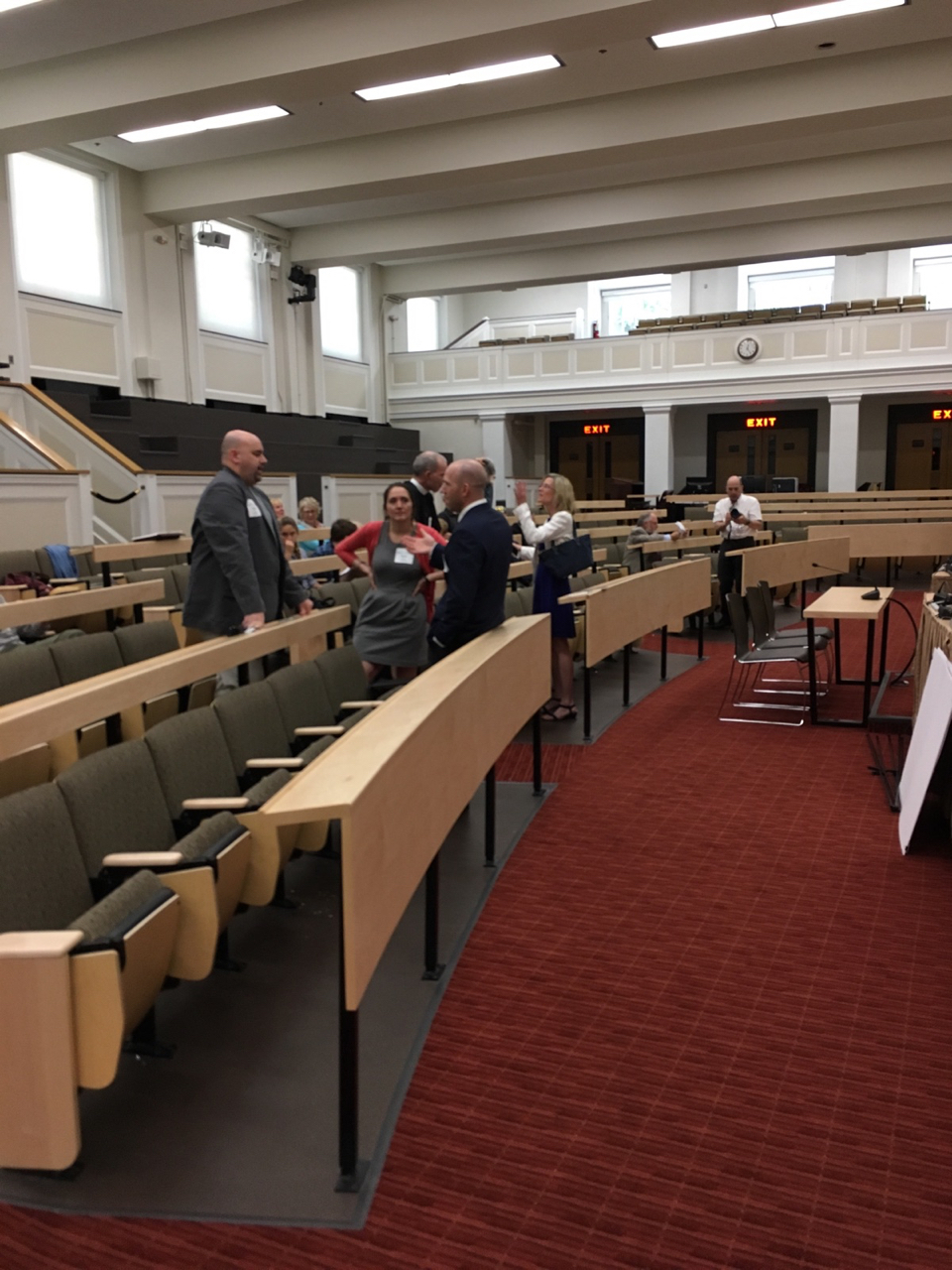 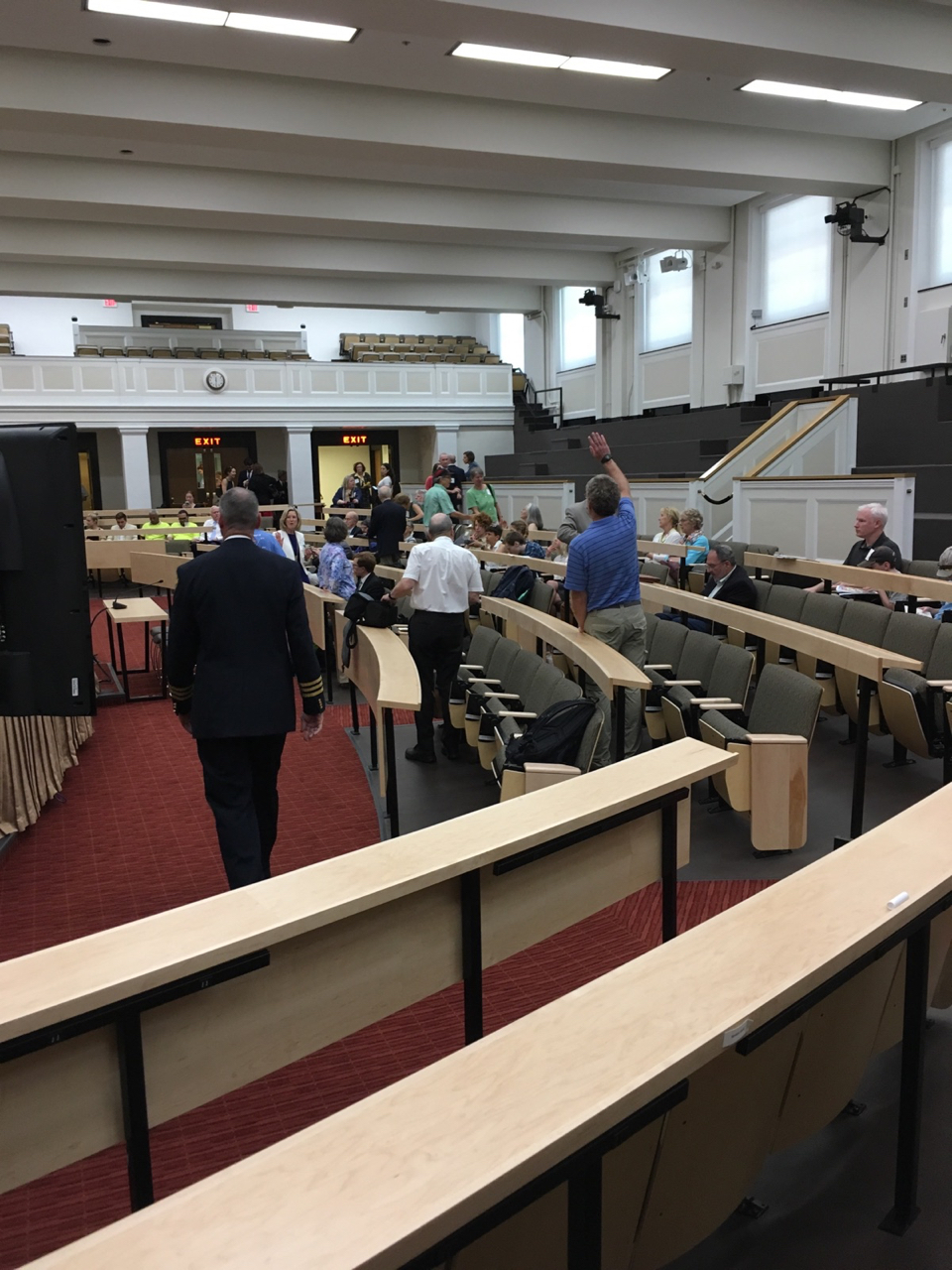 It is like North Korea in statehouse, no posters no nothing, almost had military guy force people to take stickers off if I didn't take it off my forehead and on my shirt made great poster too, will put it on social media !!!!!!​
Jessica reports:

Arrived early for the 1 o'clock hearing at the Boston Statehouse! The room is starting to fill! They could not fit the crowd into the former hearing room. I hope this one is packed to the rafters!​
By roughly 1 pm: 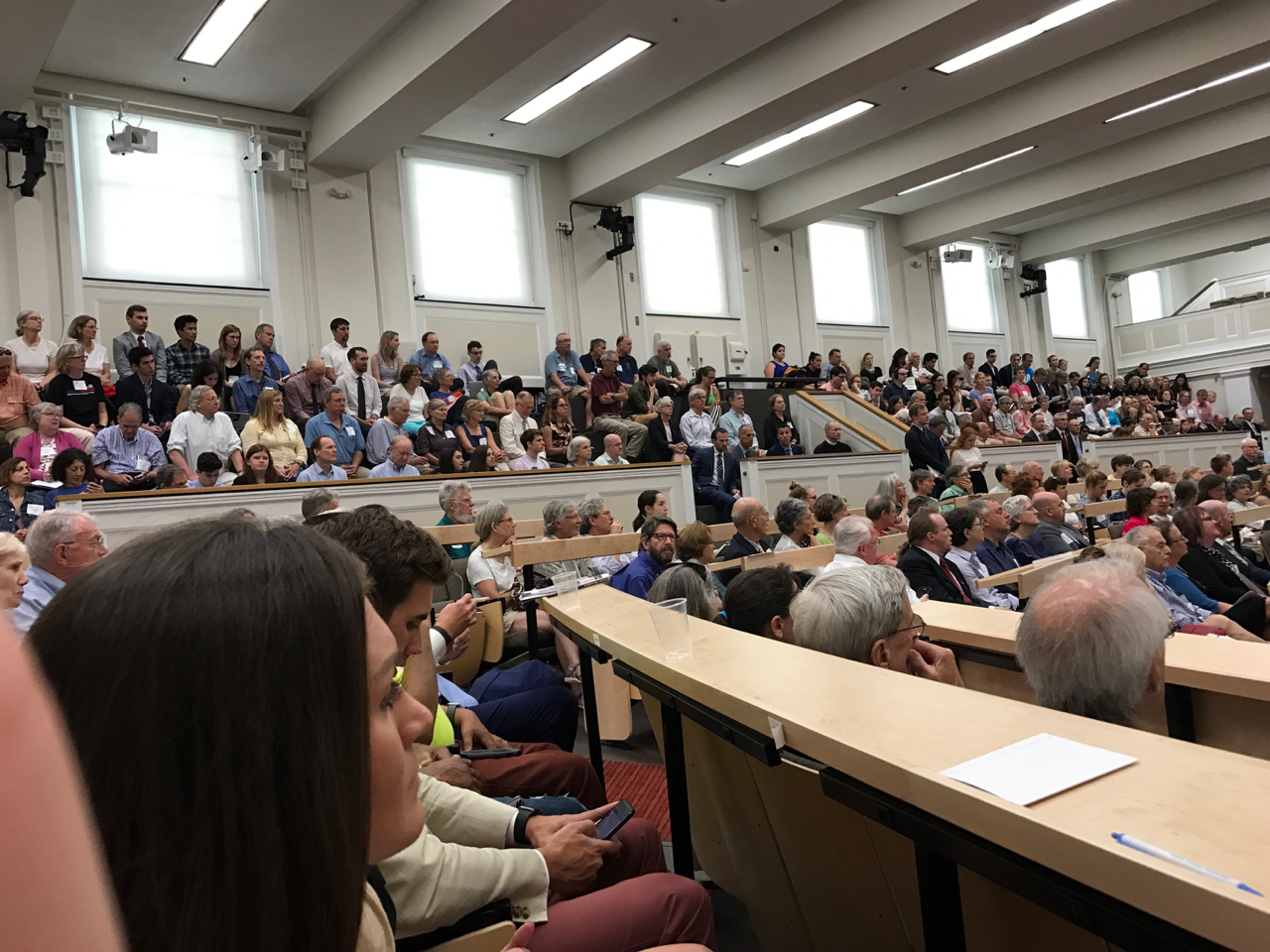 Every seat full up through the gallery!​
We’re sure that the crowd is over 300 — we had 300 or more last time, with the smaller hearing room and people overflowing — and now we are filling the Gardner Auditorium. I found a reference online that said that Gardner Auditorium could be “setup for 600”. But I don’t know if that’s the seat count in the configuration that we are seeing in these pictures.

Young member of govt spoke and brought the house down with GREAT applause !!!!!!!!​
[Manning] 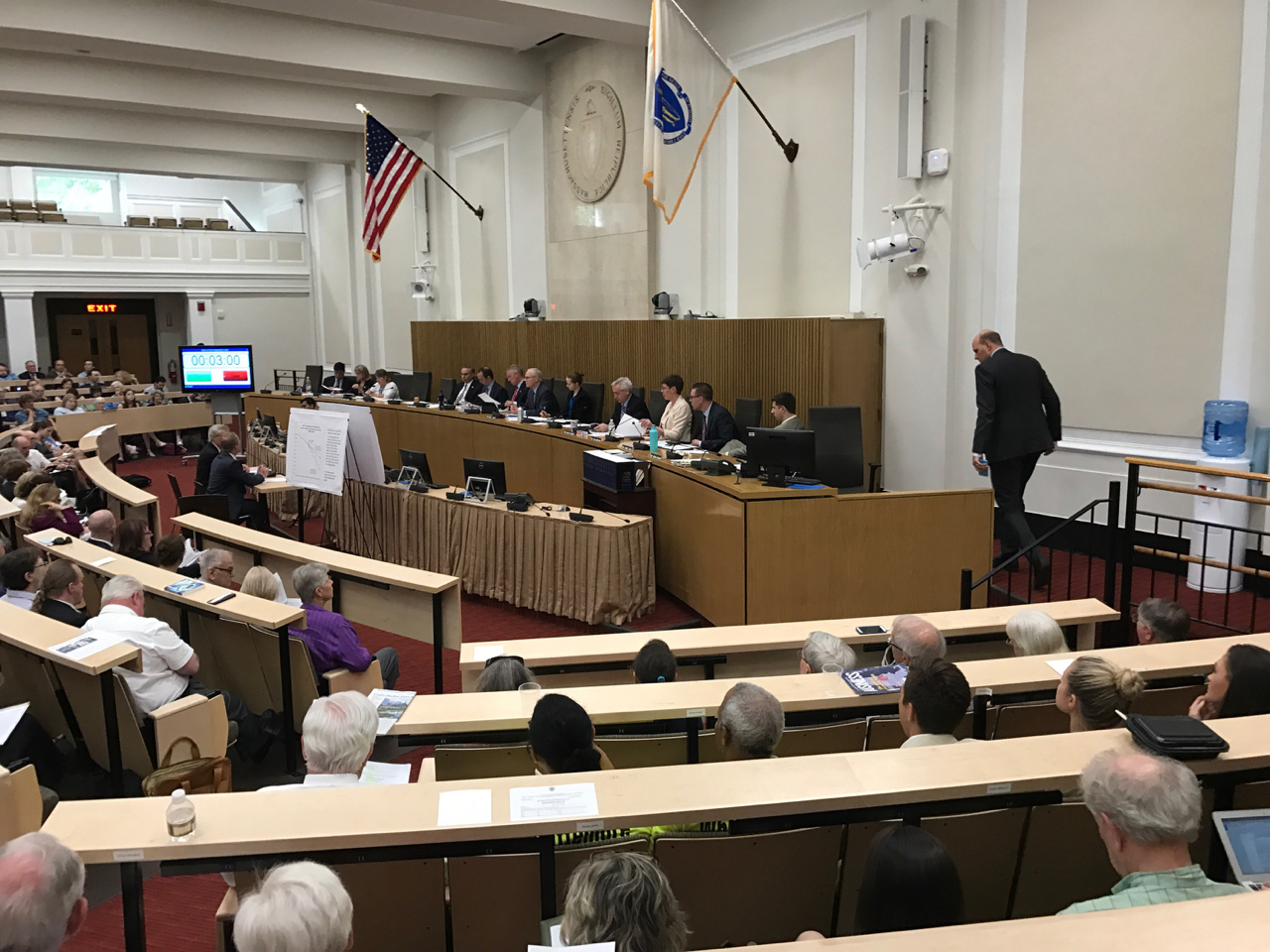 It even looks to me as if more legislators are attending on the dais this year than in Oct ’15. Could just be a temporary illusion.

Last pic, from J: Barrett is co-chair of this committee (Senate side), and sponsor of S.1821, our favorite carbon-pricing bill that rebates all the money raised from carbon fees back to the households and businesses of MA. The guy next to him is the House co-chair. 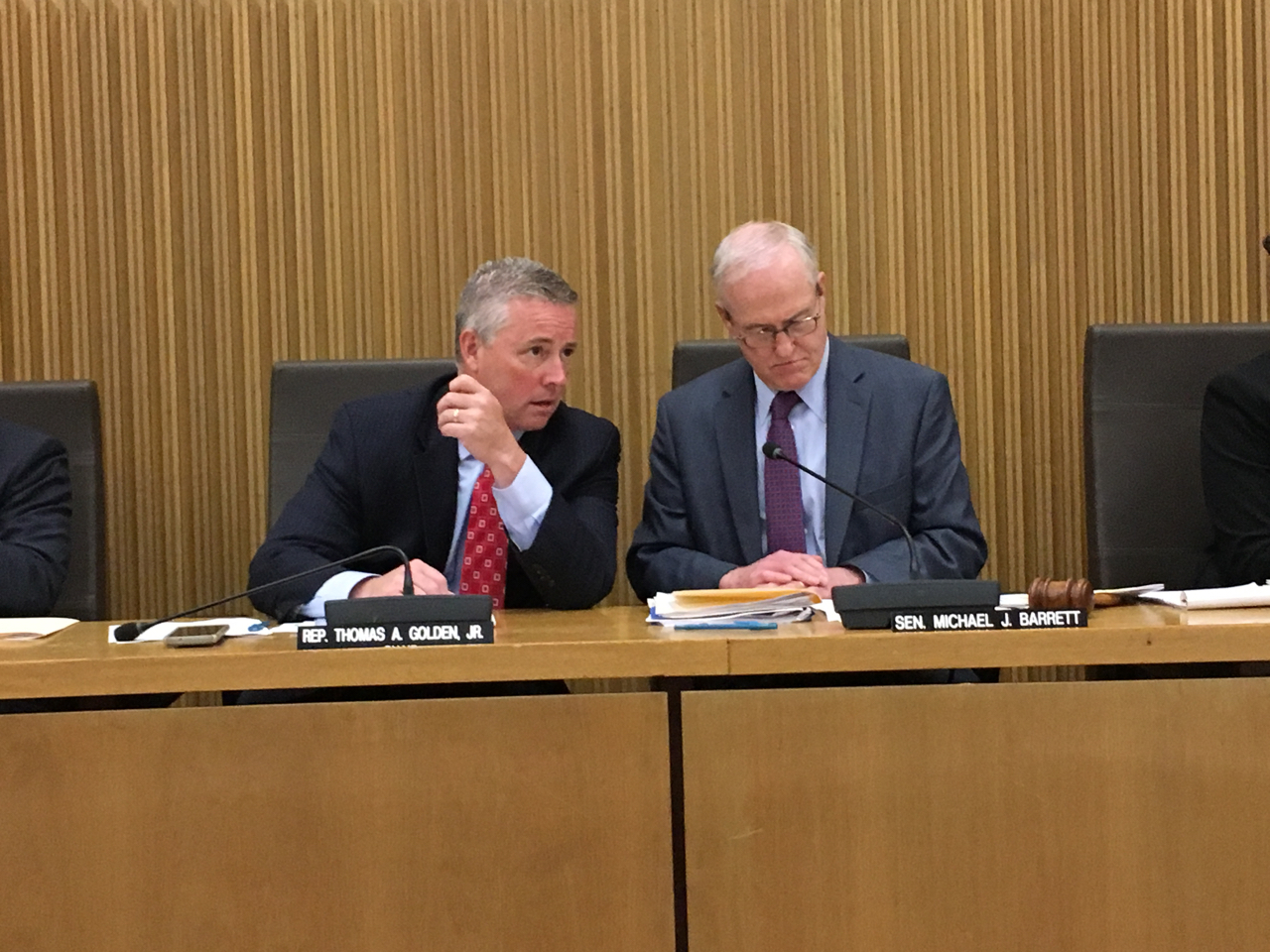 We are having an impact today!!

Actually, this thread is a really good place for this link to this blog post, because the blog post has a much better review of the hearing than the one I posted. It's a **TMC** blog post! It’s Your Last Chance to Enter the Raffle to Win a Tesla

And there's an associated forum thread: Blog - It’s Your Last Chance to Enter the Raffle to Win a Tesla
•••
J

Does any press release Proterra has put out in the last year or two say that carbon pricing is the key to getting the MBTA to stop placing orders for buses with diesel engines?

Are there municipalities who have no ability to spend a little bit extra on sidewalk projects to make them more environmentally friendly who are eager to experiment with a carbon negative material like Ferrock or Novacem who have a supplier lined up and are ready to start building carbon negative sidewalks just as soon as a carbon tax passes?

Are there electrical distribution companies who are going to be influenced primarily by the presence or absence of a carbon tax in deciding whether to have policies that are friendly to rooftop solar? For example, I think for any building that exists primarily for some purpose other than generating solar power, the electrical distribution company ought to be willing to buy all the solar power that will fit onto the roof of the building that is in excess of what the building consumes without forcing the building owner to pay for upgrades of electric grid capacity to enable that power to be exported, up until we get to the point where the distribution company has customers trying to sell it more rooftop solar electricity than its other customers are buying.

Will carbon pricing cause people who currently knowingly buy new cars that are optimized for things other than fuel efficiency to buy less polluting vehicles?
•••

Blog Win a Tesla AND Take Action on Climate Change

This non-profit is raising $1M to price carbon