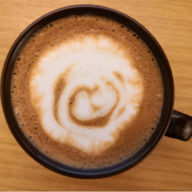 Given the recent changes to the UI (mainly the car/road display and related info in that area), I got curious about what the much earlier versions of the main UI were like - in a similar way to how it's quite interesting to see how older versions of Windows looked. Is there anywhere that has screenshots/photos of the old UIs?

Also, whilst waiting for new features to be developed, I wonder what significant things the early versions of the firmware lacked? I saw for example that there was a thread from 2017 discussing "high speed Autopilot" (where it looks like Autopilot was limited to low speeds prior to this.) Obviously there will have been a lot of changes, and I could dig through all of the firmware update notes but I'm just looking for the most notable things really - new driving capabilities mainly.
•••

Legacy V11 has some quirks, but overall I think it's an improvement

Tesla is an AWFUL software company