Rocky_H said:
While I appreciate your heart on this, they actually are different and are measuring different things. The percent is simply a fullness measurement. It is a ratio of the amount currently in it over how much it currently could hold. The rated miles one is going by the actual amount of energy and then scaling it by a fixed number.

So the way this would show up as some noticeable differences could be this. Let's say when a car is new, it could show 300 rated miles and 100% fullness. After 15 or 20 years, when the battery has degraded and lost some capacity and has less energy that it can hold, the rated miles number would show that, where it would only display 220 or 250 rated miles, because it's going by that smaller amount of energy still scaled by the same fixed constant. But you would never know that with %, as it would still continue to show that it was "full" at 100%.

Also, % means what on a SR Model 3 versus a Model X 75 versus a Model X 100 versus a Plaid Model S versus a standard Cybertruck versus a Tri-motor Cybertruck? At least the rated miles numbers are adjusted by each vehicle's various efficiency levels to the consistent EPA testing methods. So yeah, the "rated mile" is always going to be optimistic versus people's real miles, but at least by similar amounts across all kinds of vehicles.
Click to expand...

Actually I agree with everything you just said It just doesn't always come out of my fingers in the right way I guess I should just say that I have tried both displays after discussions with people at the plant in software familiar with this item, and being the old fashion type guy that I am, I prefer the mileage display and used to it. Using the percentage display didn't seem any better (for my brain waves). The folks that do this stuff still tell me it is just a personal preference with many drivers. And perhaps I misunderstood the poster's comment that he preferred % rather than mileage. And yup, rated miles wil be optimistic to real miles. Good explanation Rocky.
Reactions: Rocky_H

It's odd that they chose to waste valuable menu space to the mile/percentage toggle choice instead of just displaying both simultaneously.

Miles are generally more informative when driving because, duh, you're driving in miles. But also because the computer is factoring in the condition of your battery which is useful even if it isn't accurate (though mine seems to be).

But percentage is more informative when charging or planning to charge because you want to know where you are in that 20%-90% sweet spot. It's also what matters for performance driving, cold weather driving, and it's what we're all accustomed to from our gas gauge days.
Reactions: freeAgent, Silicon Desert and F14Scott
G

jjrandorin said:
Your description is why I use miles instead of percentage. I think some people recommend percentage over miles to try to get people to not focus on the fact the miles never roll off 1:1.

I (overgeneralize) using percentage as "its 100% of what?", for the reason you mentioned. With that being said, if using percent helps someone not focus on "my battery lost another 6 miles this month, and I am down 14 miles since I bought it 12 months ago!!! AAAHHHHHHHHH!!!!!!!!" then that is likely best for them, lol.
Click to expand...

Miles is not a unit of measurement. Your phone battery meter doesn't say 458 mins as a state of charge. Scales of measurement can't just change out of the blue, makes it useless as a measurement. We all know what half full is. We don't know what 227 miles of storage is. Especially when the number don't remotely show you the correct range.

Gasaraki said:
Miles is not a unit of measurement. Your phone battery meter doesn't say 458 mins as a state of charge. Scales of measurement can't just change out of the blue, makes it useless as a measurement. We all know what half full is. We don't know what 227 miles of storage is. Especially when the number don't remotely show you the correct range.

Both "1/2 full" but completely different measurements. So, the scale of measurement DOES change. To use an extreme example, say you used percent only and one day 1/2 of your battery failed. 1/2 full used to be "I can get to X with 10-15 % left, now 1/2 full means you wont make it. You wouldnt know, because "1/2 full is 1/2 full". The battery indicator would be the same.

On an ICE vehicle, the "tank" doesnt shrink from 15 gallons to 10 gallons, even though how far you can go on a full tank does change over time.

All setting it to percent does is hide how much the car thinks its battery has degraded from a person, because you wont see the fact that 100% used to be 308 miles, and now 100% is 269 miles. it still says 100% even though the amount of relative energy stored has changed.

Now, For some people, they NEED to hide this from themselves, or like I said, they will stress the [email protected]#$!$ out. Thats fine, and I dont have any argument about that at all. What I disagree with is the "why" you mentioned above, because the scale of measurement DOES change. You may get to the supercharger with 10-15% now, but a year from now you might not make it at all, even though you leave home at the same exact "percent full".
Reactions: F14Scott, T-Mom and Rocky_H 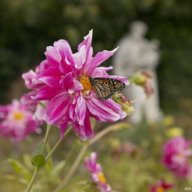 Gasaraki said:
Miles is not a unit of measurement.
Click to expand...

I guess my many years as a science teacher didn't help everyone
Reactions: Silicon Desert and Rocky_H
G

I guess my many years as a science teacher didn't help everyone
Click to expand...

I should have said battery measurement. Miles is distance not a energy measurement. Miles has no correlation with energy, that's why Elon no longer even puts P80D or P100D, etc, etc as a model number because 100KW batery does not mean it can go a longer distance than a 85KW battery.
Reactions: Silicon Desert

Gasaraki said:
Miles has no correlation with energy, that's why Elon no longer even puts P80D or P100D, etc, etc as a model number because 100KW batery does not mean it can go a longer distance than a 85KW battery.
Click to expand...

This whole topic confused me at first. Before ICE cars could predict range (miles that you could still drive), you had to guess when to stop for gas. Once they got better at estimating your fuel consumption, measuring the fuel in the tank, then displaying how many miles you had left, it became so much easier to know when you needed to fill up.

So my brain expected the same sort of reporting from my new computer on wheels. After all, Energy (percent battery charge) and Miles (range) do correlate: 100% = lots of miles, and 0% = no miles left.

But the correlation I expected is not the precise, linear, predictable fashion that I thought I could expect. In between 100% and 0% there are so many other constantly-changing variables, such as speed, temp, elevation, and grade that make it difficult to relate energy to range left in anything other than a rough guess. Still, the rough guess can be enough for travel planning.

To begin, when the battery is at 100%, switch the display to Miles and see how many miles the car says you can drive.

So, using the 100% - 300 miles example, if you prefer to display your battery's percent charge instead of miles, you can easily estimate that at 90% charge you have 270 miles range left and at 20% you have ~60 miles range left.

Conversely, if you'd rather display the range in Miles instead of battery percentage, then you can still estimate that 150 miles represents approximately 50% state of charge, and 30 miles is around 10%.

I don't know why my Tesla can't display both the percent and the miles, but until it does, I have learned that when I get to 20% or 60 miles in remote towns in Texas, I better be on my way to the next Supercharger.

Securing mobile charger to the wall

Charging an hour cost at home?