How do I escalate with online order issues? 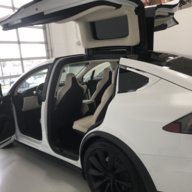 Long story short. Ordered a 2017 Model X that was supposed to be delivered by the end of the year. Purchased all my accessories including all-weather mats, charging adapters, etc. online from Tesla. Fast forward to last week I finally received my car and it obviously comes with a Gen2 adapter. My Gen1 adapter expectedly won't work. Reached out to online orders explaining what had happened and their response was...

Thanks for contacting Tesla.

I apologize for any inconvenience.

Let us know if you have any other questions.

Who do I contact to have this taken care of? I can't imagine a reasonable person not being able to understand that Tesla was at fault. The item is unused and was actually unopened until the SC opened it on delivery day trying to see what it was instead of first thinking if they could even help to begin with. I'm probably going to reach back out to my Sales specialist, but honestly feel bad that he's been the one fixing everyone else's mistakes since day 1. Will likely just call him this weekend if all else fails.

I doubt you're going to win this one, but I hope I'm wrong. To anyone not wearing tesla colored glasses you are certainly right and they should swap the part out. Please keep us up to date on your progress. I can only suggest going to the regional service manager. I've also gotten help posting on a Tesla facebook page.
•••
E

Good luck! After multiple attempts and emails, and in as many round about ways as possible, I got no result with online orders. What I had to resort to in the end was to dispute the charge through my credit card company. That did the job.

My feeling is that they didn't respond to the credit card company either, and that lead to the charges being reversed. I was so frustrated and the Tesla Store wasted a lot of my time. The person/people in charge of online orders should be fired. There is no real direct way of contacting anyone or any ability to hold anyone accountable. Tesla has to be losing money with whomever is in charge.

I tried to return the incorrect merchandise for refund and get the correct merchandise. It didn't happen...
So, I didn't get the merchandise I wanted but at least I didn't pay for it. I can't ever see ordering anything from them again unless I hear that they fixed their online store problems.

I don't have many negative things to say about Tesla, but this is one thorn in my paw!

I also received a defective chademo adapter from the Tesla Store. They would not acknowledge its defect and in a rare email response said that it was the fault of charger station programming. Since a friends adapter had worked, I knew that could not be true. The Tesla Store did not offer any remedy or response to returning it. Luckily, I was able to replace it at a Service Center for a working one.
Last edited: Mar 23, 2018
•••

The Service Centers will also tell you that they have no way to contact the online Tesla Store directly either, aside from the same email address that the public already has. Many items are not stocked at the SC and are only offered online. The SC also cannot take in or give refunds for purchases made with online Store. It is a broken system.
Last edited: Mar 23, 2018
••• 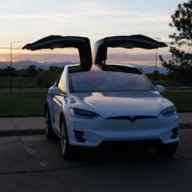 What about talking to your service center about swapping out the Gen2 mobile charger for a Gen1 mobile charger? That's probably the easiest solution. Worst case, they might be able to find someone will to trader chargers with you.
•••

Nerdy_Engineer said:
What about talking to your service center about swapping out the Gen2 mobile charger for a Gen1 mobile charger? That's probably the easiest solution. Worst case, they might be able to find someone will to trader chargers with you.
Click to expand...

Emailed Sales this morning. Just got a call back. He asked for me to explain what had happened and simply said he wished I had included him in the original emails. I sent them to him so he could see that he actually was included, but DS removed him from the thread when he (DS) recommended returning the part to the Service Department which is a clear No-No if you look at their online policies. Explains why I was denied the return in person. He was clearly irritated at the blatant lack of communication from the DS.

His solution was to simply give me a spare Gen1 charger that they have. No swap. He's simply giving me another. I was blown away honestly. Again, he's come through where others have failed miserably. Obviously YMMV, but I couldn't be happier.
Reactions: Nerdy_Engineer
•••
E

That is excellent! I have mostly praise to give about my experiences at Tesla Service Centers. It is the online Tesla Store that needs a kick in the butt.
Last edited: Mar 23, 2018
•••
N

Should have contacted the Service Center first. My Service Center swapped out the Gen 2 with Gen 1 mobile connector (along with all the adapters and case) last year. The guy said they do this a lot. He actually forgot to take the Gen 2 adapters with him, but when I asked if he should take these back too he said sure why not.
•••

Unfortunately, that’s where I started. The advisor told me neither he nor the technicians had ever seen the adapter before. Either a blatant lie or gross ignorance. Lol. The service advisor literally proceeded to try and connect the Gen2 charger with a 120v adapter already on INTO the 10-30 Gen1 adapter. Blew my mind. Wish I had video. Lol. They said I could return it by contacting the online sales department. Also incorrect.

Not all employees are created equal. Lol.

Thankfully, the end result was wonderful.
•••

I wonder what's wrong here. Did Tesla farm the online store out to some third party to run? There's a reason its so dysfunctional. We may never know. Glad you got a positive resolution. I recently had a great experience with service and am really happy with Tesla right now. But I'll never order anything from the online store.
•••
E

Electricfan said:
I wonder what's wrong here. Did Tesla farm the online store out to some third party to run? There's a reason its so dysfunctional. We may never know. Glad you got a positive resolution. I recently had a great experience with service and am really happy with Tesla right now. But I'll never order anything from the online store.
Click to expand...

Yep I won't order from online store either. I had to do a return and it took about 8 emails and a lot of frustration.
•••
S

I order the charger cord organizer or whatever it’s called. It was lacking the plate to connect it to the wall.
I emailed repeatedly, and called into sales which transferred me to leave a VM and I was never contacted back. I commented on it to my SC during a repair visit and they swapped it out for me.

Someone on FB community told me it is literally 2 guys doing all the sales/shipping in a warehouse. Maybe they need to hire a 3rd guy
•••