How much money has stayed in the US...

i.e., Savings from difficult-to-quantify environmental, health and other benefits aside, the financial benefits from the above fact(or)s alone might justify not only the federal and state incentives, but possibly some of the sales of ZEV credits that nay-sayers and haters love to cite.

Someone else might be able to provide a finer analysis (or discredit this notion completely!), but here's my very rough and 'round numbers' analysis:

So where does that leave us? Well over $600 million per year is staying in the US because of the Model S. And even if most of it weren't going toward well-paying jobs in the all-important "STEM sector", I think that would be a good thing. No?

That is one of my major points about driving an EV. The energy is produced locally. It might be not 100% clean, but the advantage of avoiding all the problems that come with oil which are so bad. I'm not sure about the numbers. One could argue that many of the parts are sourced from overseas or at least are made partly in other countries. But exact numbers are not so important. There are a lot of very important advantages to produce local and use local energy.
•••
M

I just realized that I used the global number (estimate) of miles driven in #2 above, not a U.S. number. Still, that's the smaller of the two numbers (by a lot), and "over $600 million" in savings per year still applies. However, the number of U.S. miles per vehicle can only go up (until its unfortunate demise) and gasoline prices trend upwards, so I'm sure that the cumulative savings of "category 2" above will continue to go up and slowly become a bigger 'piece of the (apple) pie', as well.
•••
M

I like your #1. Good point. If subsidies help a burgeoning industry take hold that both helps our economy AND the environment, I'm all for it. I wish we would use taxed and subsidies to cure the climate change problems we face - make it not illegal to pollute, but expensive. Make it not only easy to go solar/buy an EV, but cheaper.
•••

The energy isn't quite all domestic. If you're charging in New York State, Hydro Quebec says "Merci." Granted, it's a much smaller amount than Petro Canada would get.
•••

Bangor Bob said:
The energy isn't quite all domestic. If you're charging in New York State, Hydro Quebec says "Merci." Granted, it's a much smaller amount than Petro Canada would get.
Click to expand... 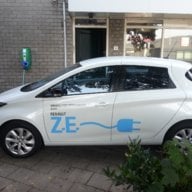 You haven't factored in parts purchased abroad. When the Gigafactory goes online a serious chunck will move to domestic production, but that is stil a few years out.
•••

To go ELECTRIC or not? That is the question...