How reliable is your Model S?

I've never owned a Tesla before. I've been leasing BMWs for the past 10+ years and just recently, became interested in purchasing a used/CPO Tesla Model S.

Before I even think about purchasing a Model S, I wanted to get some real feedback on the reliability of this car.

So, to you MS owners out there, that have owned the car over 1 year+, can you give me a reasonable idea of what types of problems you've experienced and tell me what my expectations should be in terms of repairs/expenses IF I were to pull the trigger and buy a used MS ?

My experience on 4 of them so far that most of the time there are some shortcomings to fix when new, but once fixed the car hold up quiet well. Tesla service has always been great fixing any issues. Our newest Model S is only a couple of months old and only had one odd issue when connecting to an older Tesla charger but other than that it's fine and based on prior cars, including a 2015 Model S we still have, I expect it to stay that way.
Reactions: Mark_T, Raechris, GreenT and 1 other person 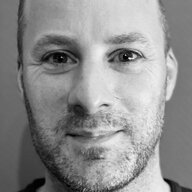 Few driveline and battery issues in the first few years (2013-2015) rock solid since.

The car has been 100% reliable, defined to mean every time I have gotten in the car and asked it to take me somewhere, it has done so without question or drama.

I've had a few minor fit/finish/quality issues addressed under warranty, but nothing related to any of the critical systems. I get in the car, it goes. Every time. All but one of the service issues have been corrected by mobile service except for one overnight at the service center for the year 1 maintenance service. In that instance Tesla drove a loaner to me, took my car back to the service center, and then returned it to me at home the next day.

30,000+ miles on a 2015 S70D in nearly 3 years. Nothing has prevented driving the car except a flat tire (not specific to Tesla).
Had one damaged tie rod end that was replaced, but even that was driveable, just noisy.
Otherwise, just 3 or 4 annoying things -- 2 door handles, which were inconvenient but I could still drive the car. Minor adjustment in the sunroof, and one door gasket had to be reattached in one place, not long after delivery.
So, my car has been extremely reliable so far. No 12V battery issues, no shutdowns that stopped the car. Maybe I got a good one, or maybe the satisfied folks are just busy driving their cars and living their lives and not posting to social media.
I do have the steering bolt recall, which is to be addressed later in the year once the parts are available, but that seems to be a precaution, and I have had no symptoms, so am not worried.
And of course my car will eventually get an airbag replacement, i think, but again that has yet to be scheduled on my car.
The late 2015 cars like mine might be in a sweet spot -- well-proven design, AP1 installed, Michelin tires, still had leather seats, etc. 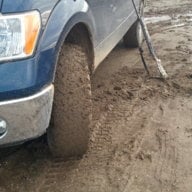 We've owned two Model S's (P85, P85D) since 2013, in excess of 100,000 miles driven. Only problem we've ever had was with the first P85. It had some sort of weird goo that leaked out of the edge of the frunk in warm weather. Otherwise, zero problems.

Then again, it could be that we're not incredibly picky. We had zero problems with the two Audis before the first Tesla, or the BMWs, Mercedes and Lexus before that. Only vehicles I've had problems with were a Dodge pickup and a VW Rabbit.
Reactions: Troy
C

Hi Im coming up on my 1 yr anniversary (august 2017) . the MS 90D was about a 4 month " new" inventory when I got it with 1,000 "demo miles". on it . it came in pristine, the only failure I have had was a month after owning it the airconditioner blower motor failed ( probabaly infant mortality kind of thing). other wise it has been rock solid, runs great and AEP has gotten better over time. never had anything stop the car form running, but, like a big iphone, there have been the occasional SW glitches that are fixed by rebooting. it still puts a smile on my face every day I drive it , even after a year.
M

I've heard of owners who never experience any issues, but unfortunately I am not one of them. Over the past 7 months I've had countless issues, including power steering failing, 12V battery errors, non-functioning door handles, phantom braking, window/trim misalignment, navigation not working, autopilot not working, the trunk opening by itself, keyfobs not working, handles not responding, no LTE connectivity, podcasts and music won't load, the screen freezes up and won't respond to touch, the rear view camera freezes up or goes all black, I can go on.. It's an amazing car, when it works.. which isn't often in my case.

If you do decide to buy one, make sure to bring an exhaustive checklist and expect to spend 1-2 hours inspecting it for issues before accepting delivery. On both vehicles there were glaring issues that were overlooked, and required multiple service visits to resolve.

Tesla bought back my first 100D, and now my second one has been in service 7 times in two months. It's been a total nightmare, and even the loaners I've been driving (which I've had more than my car itself) are plagued with issues.

If you don't believe me, feel free to check out my videos here:
My Tesla Is Broken (@BrokenTesla) | Twitter
Reactions: cwerdna
P

Aug 17 75D suffered A/C failure (blowing hot air). Service centre said not to drive it. Car and parts have been at SC with parts for three weeks now, they say may be fixed in another week but …. Failures happen but the repair delay is not what I was expecting for a car at this price level.
3

My 2016 S75D (November build so it has the AP2 hardware) came to me as a new inventory car with 1000 miles. It was delivered in near perfect shape, I had the passenger front door front latch adjusted to make it close better, but other than that the only trip to the service center in nearly 12000 miles was for the 1st annual service which is not required to maintain warranty, but does include fluid change in the drive units.
A

Car has only been to service center twice in 3.5 years.
Once for annual service at 17500. I had a suspension problem at 31000 but it was fixed in 2 hrs at the service center under warranty.
. 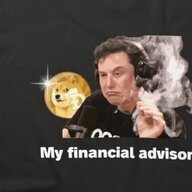 21,000 miles and no mechanical or computer reliability issues.
A

Never had any issue that was urgent or critical. The most "critical" was a door handle that stopped working. SC fixed it a few days later.

48K miles in three years on my S85D (April 2015 build). The biggest issues I've had were a trunk latch that jammed, and door handles, nothing crippling. (In particular no issues with the battery/charging systems or the drivetrain.) 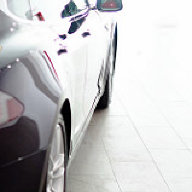 I bought a CPO car over two years ago with 31k miles on it. It has over 64k miles on it now and has never let me down. As for repairs, I've had a brake booster replaced for noise, two drive units for noise, a window regulator for failure, a Takata airbag replace for a recall, and a couple of lightbulbs replaced, all under warranty. I had problems with the air suspension that was caused during a drive unit replacement, so I don't count that as a problem.

There are some things that are a bit disappointing such as the lack of seat bolsters, lack of storage, or lack of a rear armrest. The automatic wipers have me frequently using the manual wiper button. Besides those little issues, it's one of the best car I've ever owned and I'm on my 22nd car. I would do it again in a heartbeat.
Reactions: ⚡️ELECTROMAN⚡️ 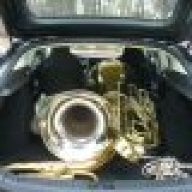 2013 with 124,000 miles.
Never stranded, always drives when I get in.
Lost count of drive unit replacements, maybe a half dozen. Always due to some noise or another; seemed minor.
12V battery warning after 3 years.
Several door handle replacements, early coolant pumps replaced, worn rear hubs (big $ out of warranty).

Trunk latch (rear) broke 5 times. This one is strange. It stops latching. Nobody knows why I go though so many of them. I must use it way more than most people. Rehearsals with different instruments each day, so I'm in and out of there probably 4-6 times a day on average. The hatch stays down while driving though, so it still doesn't keep me from my routine when it's broken.

@David99 - 30000 miles in almost 3 years? You need a road trip man. On the other hand, my warranty was done in 2 years!
Reactions: Joelc and cwerdna

PDB33 said:
Aug 17 75D suffered A/C failure (blowing hot air). Service centre said not to drive it. Car and parts have been at SC with parts for three weeks now, they say may be fixed in another week but …. Failures happen but the repair delay is not what I was expecting for a car at this price level.
Click to expand...

MS 75D. Almost a year this June, so far that was the only issue.
Several 5-7 hours drives with no issues.

My wife's Model X is 2 months old, so far so good.
Loving both Teslas. 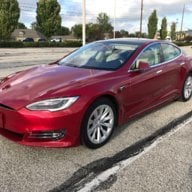 57000 miles in 3 years. I have had no major issues. Did have 12V battery replaced at 4 months of ownership. AP began malfunctioning and that was fixed by camera replacement. Really no other problems at all. Still love to get behind the wheel every morning!