Hydrogen is a Pig

Anyone can work out the math and show how hydrogen is less efficient than battery storage. That applies not only to vehicles, but grid storage too. So… Game over for hydrogen, right? It’s a non-starter.

Well, here’s an analogy to consider: Raising livestock for meat is severely inefficient in comparison with raising food crops and eating them ourselves. If you give that food to your cows or your chickens or your pigs instead, only a small percentage of those calories and nutrients ever make it back to your table in the form of meat (or dairy, for that matter). So, game over for meat and milk, right? It’s a non-starter.

And yet, for thousands of years people have persisted in raising livestock for meat, some of them in societies and times where food was not plentiful. Why did they do that? Were they “mind-bogglingly stupid?”

No, they were not. There are two very good reasons for raising livestock for food. For one, it lets you convert low quality food sources that would not be considered fit for human consumption. Your sheep and cows can graze on grass. Your chickens can eat wild seeds and bugs. You can feed all kinds of scraps and, basically, garbage to your pigs. Who cares if it’s inefficient? You probably want to get rid of as much of that garbage as you can. Dairy has also been a real life saver at times, when no real food-as-such was available, but there was still grass for the milk cow to graze on.

For another thing, keeping livestock lets you store food on the hoof. If you don’t have refrigeration, and storing food is a challenge, you can feed some of the harvest surplus to your pigs and fatten them up. Next winter, there is bacon!

So, think of hydrogen as an electrical power pig. It’s not the most efficient way to store energy, but if you can use it to store energy that otherwise would have been wasted, and you can recover some portion of that energy at a time-and-place where it’s needed, then the losses and inefficiency may not matter at all.

Our food system also offers a warning. In today’s industrialized world meat and dairy are not produced from low-grade fodder. It’s not cows grazing in an open pasture, or pigs eating the scraps and expired leftovers. It’s livestock kept in huge, filthy, factory-like compounds and stuffed with corn, antibiotics and hormones. This system has been very successful in terms of producing vast quantities of meat and dairy at very low monetary cost, but the cost to our health and environment has become very high. In retrospect, this system has been a big mistake of our society.

Could the world ever convert to a “hydrogen economy” as the policy wonks touted in the 1990s (and Japan still seems dedicated to even now)? Sure… It’s technically possible. With enough determination and commitment, we could have made that vision work, but I think it would have been another big mistake. The resulting system would be super expensive to build out, expensive to maintain, fundamentally wasteful of energy, and hydrogen leakage into the environment would need to be tightly controlled. (BTW, the natural gas industry are only now beginning to add up—with some horror—how much methane they routinely leak into the atmosphere.)

We don’t have to all go vegan. Meat and milk are great, as long as they are kept in the niche where they make sense. Hydrogen energy storage will probably find some niche where it makes sense too. It’s not going to be everything, everywhere.
Reactions: Florafauna, Missile Toad, Brando and 4 others
•••

tonybelding said:
So, think of hydrogen as an electrical power pig. It’s not the most efficient way to store energy, but if you can use it to store energy that otherwise would have been wasted, and you can recover some portion of that energy at a time-and-place where it’s needed, then the losses and inefficiency may not matter at all.
Click to expand...

Sure, I don't think you'll find much disagreement there. That can be summarized really easily as 'Would you rather waste solar and wind or split water to make H2?'


nwdiver said:
A FCEV in 2019 makes less sense than a BEV would have in 1954. It's a cute novelty but it doesn't really further anything and from any energy balance perspective it's counter productive. In ~30 years when there's more wind, more solar and more clean H2 maybe...
Click to expand...

The problem arises when people get the idea that we're anywhere near the time that it will make any sense to burn H2 in cars. The small amount of curtailed energy we currently have should be soaked up by EVs not wasted splitting water. THEN... once we DO have enough surplus to split water there's the 10B kg/yr H2 demand we need to full first. THEN we need to use the H2 to offset the use of CH4. Most turbines can already take 20% H2 with little modification. THEN... we need to use the H2 in applications that are not easily electrified such as aviation. So.... yeah... we're a long.... LONG ways off from using H2 as a fuel for cars being more than a terrible idea.
Reactions: ccook, SummerlinChiro, bruce4000 and 4 others
•••

That can be summarized really easily as 'Would you rather waste solar and wind or split water to make H2?'
Click to expand...

This is a false-dilemma - hydrogen is not the only possible solution of storing energy.
Even if you want to go the chemical way, there are many many compounds that are easier to contain, store and transfer.
H2 has just one attribute going for it - it looks sexy and similar enough to gas to "common" people and existing businesses so they don't feel endangered by it.
Reactions: Brando and bruce4000
•••

WarpedOne said:
This is a false-dilemma - hydrogen is not the only possible solution of storing energy.

At some point we'll have 100s of GWh/day of solar and wind that's being curtailed even after all efforts of EV, batteries and any other fancy energy storage scheme you can come up with. Making H2 instead of curtailing renewables is fairly simple... just add water. And we need H2 for lots of thing... ~10B kg/yr. Might as well get it from renewables.
•••

but after batteries it's one of the easiest.
Click to expand...

As long as you don't actually try / pay to do it.

Making H2 instead of curtailing renewables is fairly simple
Click to expand...

Making it is the easy part.
Storing and transporting it safely is the hard and still insufficiently-solved part.
Reactions: SageBrush and Brando
•••

WarpedOne said:
As long as you don't actually try / pay to do it.
Click to expand...

Once electricity is cheap enough it will be cheaper than sourcing it from fools fuel. Hence the using curtailed renewables as the source.


WarpedOne said:
Storing and transporting it safely is the hard (and still unsolved) part.
Click to expand...

??? So... how are we using 10B kg/yr? Seems like it's 'east and solved' enough to make it work; It's not like a Hydrogen economy is some abstract hypothetical concept. It already exists... we just need to expand it... eventually... when we have enough surplus renewables.

Fact of the Month May 2018: 10 Million Metric Tons of Hydrogen Produced Annually in the United States
Reactions: Brando and ItsNotAboutTheMoney
•••
P

Why would we need to expand H2 - let the free market do the work.
Their are some uses for H2 - we don't need to create more H2 markets when other things work better.
•••

I don't think Elon ever suggested that hydrogen should never be used for anything, ever. Rather, he's shown disdain for using it to fuel passenger vehicles, to which I must agree. 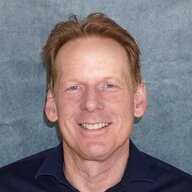 It's such a tiny molecule it is hard to keep inside of anything.

The energy density is so low, that you need very high pressures for vehicle use, so that is another energy sink, all the compression needed.

SummerlinChiro said:
I don't think there is much of a future for H2.
Click to expand...

For light duty private vehicles, I definitely agree. For heavy duty or fleet operators, it may make some sense.
Reactions: CyberGus
•••
I

miimura said:
For light duty private vehicles, I definitely agree. For heavy duty or fleet operators, it may make some sense.
Click to expand...

It just comes down to cost. And obviously the costs have to fall.

But it's worth noting that in countries with high fuel taxes, hydrogen fuel is likely to have the same large break that electricity use has, so the costs would not have to reach parity with the underlying gasoline and diesel costs, just the net costs.

However, it's getting harder as HEV is well-established, PEV has advanced quickly and costs are falling, and reduced renewable electricity costs and growing implementation of smart charging have both improved the green credentials of BEV and made them an obvious part of any energy transition.

PEV has even made compliance HFCVs more expensive for manufacturers as they have to compete for interested customers against increasingly capable and usable PEV.

HFCV still has a window of opportunity while access to charging infrastructure remains a challenge, but if battery prices fall and manufacturing scales as predicted, PEV will grow rapidly and shut that window.
•••
Z

Is storing hydrogen actually more challenging than electricity, or is it a matter of the billions of dollars tech out into battery development before the recent electric car push?

Long-term, I’m not sure the lithium battery is the solution.
•••
Z

I presumed they were using liquid hydrogen, rather than compressed.

ZoomsansVroom said:
I presumed they were using liquid hydrogen, rather than compressed.

which consumes so much energy as to make it inefficient
•••
I

ZoomsansVroom said:
Is storing hydrogen actually more challenging than electricity, or is it a matter of the billions of dollars tech out into battery development before the recent electric car push?
Click to expand...

Yes. The clue is that there are billions of batteries in the world and there are few issues. The challenge has been cost and energy density.

The cost problem is gradually being overcome, but the energy density challenge gives a window to hydrogen.

Batteries have dangers, which is why companies are researching and developing solid state, but the key difference is that batteries don't contain a heavily-pressurized gas that reacts explosively with oxygen.

Similar to nuclear power, hydrogen has an underlying safety problem that imposes a lot of cost.

The only way out I see for HFCV is to come up with a storage and release system that eliminates the high pressure storage.


ZoomsansVroom said:
I presumed they were using liquid hydrogen, rather than compressed.

The last hydrogen explosion I know about was at a storage facility that supplies hydrogen for forklifts.
Last edited: Mar 3, 2021
•••

ZoomsansVroom said:
Long-term, I’m not sure the lithium battery is the solution.
Click to expand...

Depends on what your use case is. Are you charging a vehicle to drive a few hundred miles or do you want to time shift surplus wind from March in one year to February 11 months later? Lithium will likely be the better solution for the first case for the foreseeable future. H2 is likely the best solution to the second once we have enough surplus wind that it makes sense..... and we don't need the H2 for anything else.
•••

T
Why not to buy leather seatcovers