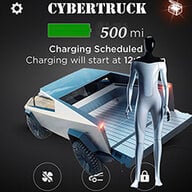 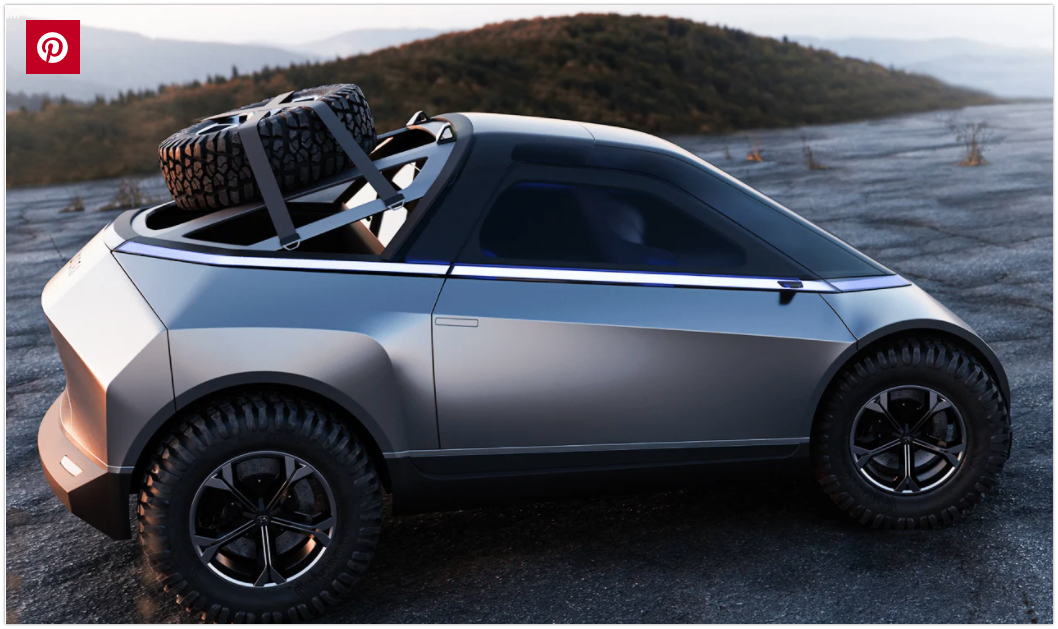 Hyundai has its design and automotive technology right on point when it comes to mass-producing compact city cars that have earned the trust of millions. This gave designer Alejandro Llisterri the perfect opportunity to let his imagination loose and craft a Hyundai i10-inspired concept that is much more than just a small city car. In fact, it’s a mini pickup truck for two, ready to take on any adventure coming its way. Christened the Hyundai EGG, this compact off-roading capable set of wheels is a mix of a buggy and compact hatchback.

Alejandro wanted to take a detour from the conventional automotive designs that mostly focus on luxury and comfort. The ideation took him down the path of crafting a reliable electric mini pickup car that has a better mileage even at higher speeds while en route to the neighboring city. The efficiency of the EGG’s electric drivetrain permits the car to maintain good range even when treading the off-roading trails. Since vision and blind spots can be a real problem while driving in treacherous and unfavorable weather conditions, the designer lends the Hyundai EGG a 360-degree panoramic windshield for clear visibility for a safer drive.

The spare tire takes up the spot above the boot section of the EV, and based on the front grill design, I can safely bet the battery is placed on the front and not the rear of the vehicle. Thereby, the rear can hold a respectable amount of cargo for an expedition for two in the woods. Those big chunky tires and the sharp aesthetics reminiscent of the Tesla Cybertruck are evoking enough for early adopters to keep interested in this cute little monster. Hyundai EGG has surely got the futuristic influence in its design for me to vouch for it to lay rubber on the city streets and off-road trails someday. What’s your take on this sharp little four-wheeler for a dystopian future? 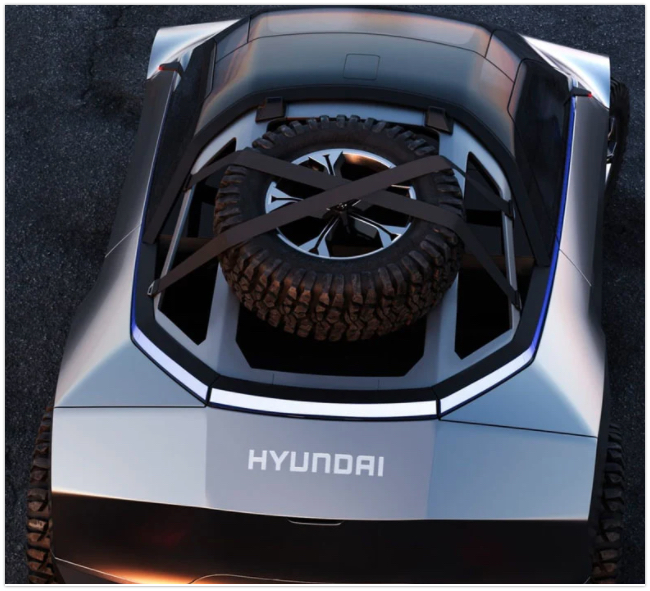 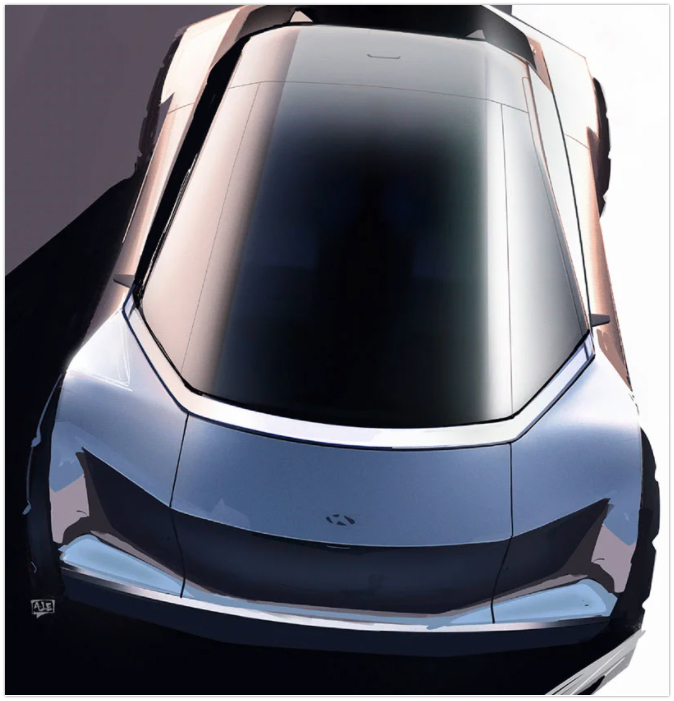 AI, Autopilot, & Autonomous/FSD Apr 18, 2022
azred
A
K
Firsthand comparison from an owner of both, between the Rivian SUV and Tesla Model X. The only EV 7-seater SUV's available.