I told my SA THREE TIMES not to put my order back on hold! Suggestions? 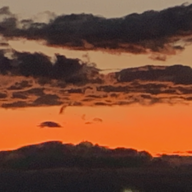 You might have seen my earlier thread about trying to manage my delivery date to avoid doubling down on car payments. Apparently, it was a mistake to send an email to my SA pointing out that the EDD was not what we were shooting for.

In the next sentence in the same email I told him "Even though that's a good bit earlier than our January target, I wanted to let you know that I'm fine letting it roll." Yesterday, he tells me that he's working with his manager to get my order back on hold. Four minutes later, I reply "Let's just leave it as is. Like I said, I'm okay with late November." I follow up this morning with another message repeating that I want to leave the order as is.

An hour or so later, I check my order and, sure enough, it's on hold!!! Any suggestions about who I might contact regarding this screw-up? Thanks!
•••
Upvote 0
R

You might try a simple declarative sentence, eg "do not put my order on hold". I'm not even sure what "I'm fine letting it roll" might mean. Simple language is frequently more effective. (Plus it may well take a while for changes to propagate through their system to actually appear on the web site.)
•••
Upvote 0

rwiegand said:
You might try a simple declarative sentence, eg "do not put my order on hold". I'm not even sure what "I'm fine letting it roll" might mean. Simple language is frequently more effective. (Plus it may well take a while for changes to propagate through their system to actually appear on the web site.)
Click to expand...

Fair criticism about the "let it roll" comment but I think "Leave it as is, I'm fine with delivery in November" is pretty clear about my intent.
•••
Upvote 0 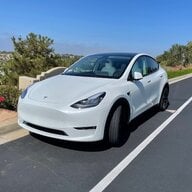 Take it off hold by clicking the "I'm Ready!" button. Generally if you don't contact them they won't look up your order.
Reactions: mrwug
•••
Upvote 0

OCJeff said:
Take it off hold by clicking the "I'm Ready!" button. Generally if you don't contact them they won't look up your order.
Click to expand...

Thanks. That's what I did. Interested to see what it does to my EDD.
•••
Upvote 0 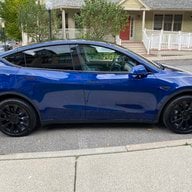 Interesting to read this thread. It’s amazing how inconsistent Tesla SAs are when it comes to delaying delivery / putting on hold. My gf ordered a M3 on July 26 when the estimated delivery was November, which was perfect for her. Then last week, she got assigned a vin. We stopped at the SC and had them delay, he said next estimate would be November. Vin gets unassigned and 2 days later she gets another vin assigned.
in this case, Tesla did the right thing to get her take delivery this Saturday instead of November Lol. But I’m still surprised that this isn’t done consistently.
Reactions: mrwug
•••
Upvote 0

After sending an email to my SA inquiring about the disconnect and asking for the best way to get in touch with him, he called me last night to apologize for the miscue. This morning, I was happy to see that my EDD didn't seem to suffer. It's actually a day earlier than it was yesterday morning. That did lead me to some observations about how putting my order on hold affected my EDD (details in the link below).

How to Delay/ hold order?

I’ve seen mentioned that people were able to place the reservation, then place it on hold for some period of months before you’re paired with a VIN. How do you do that? I placed an order end of March, then noticed they’re estimating June for delivery, but I’d rather wait. I both texted and...

Ah man that is soo frustrating... I have had terrible experiences dealing with my SA but mine won't even respond. Im about to drive over to my service center and have a chat with them on how to communicate.

Good Luck and I hope you can keep your order off hold.
Reactions: mrwug
•••
Upvote 0 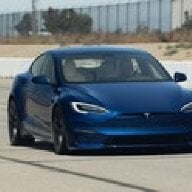 This company is a mess. Tesla needs a shutdown, train the entire company, reset and let’s start over.
•••
Upvote 0

Model Y: Ordering, Production, Delivery Yesterday at 3:30 PM
TonyMYprfrmnce
T
Upvote 0
D
What are chances of Tesla honoring a previous price when SA made a mistake?