Moderator note: The topic of this thread is how to make Tesla interiors less noisy, not the environmental impact of various lifestyle choices. If you'd like to debate the latter, please start a new thread in the appropriate part of TMC. Otherwise, please keep discussion at least loosely related to the original topic. Thanks. 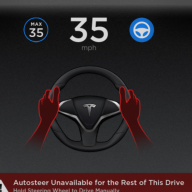 Any stereo shop can install sound deadening material but I wouldn't take it to a low end shop.
••• 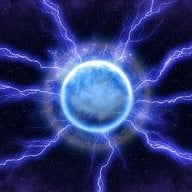 jeffdom1978 said:
There are many windows of time where Tesla did build the majority of their Model S's very noise free.. Most of the 2018 builds only suffered from the gushing/wind noise at 55pmh+ which never really had a fix. My June of 2018 build has no interior creeks or cracks, I have had a few loaners and all the 2019 loaners I've driven had a bunch of noises from the dash and some I couldnt even tell.

Back in 2018, I was talking to many who took delivery around my time and even after and there were no issues with noises then. What happened Tesla? I thought you would have it down by now!
Click to expand...

My March 2018 Model S also has no rattles or other annoying sounds. I am hopeful it will stay that way as the car gets older. I feel fortunate that I purchased my car at exactly the time that I did as the build quality was excellent, the options and features were what I wanted, and I have been able to maintain it in a way that still brings be joy whenever I drive it. I actually attribute much of my ability to proactively keep the car in excellent operating condition to monitoring this forum and learning as much about the car as I can - it has really been helpful.
••• 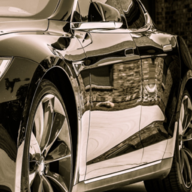 Speedr117 said:
Found out two related items to this from a Tesla Tech who went on a ride with me during my service appointment last week regarding noises and a service bulletin:

I told him my back door interior panel was rattling. He pushed on the top and "popped" it back in. It turns out that if you use the windows to open/close your doors, they can exert pressure on the panel and pop it off at the top. Sure enough, it fixed it. I checked the other 3, and the passenger's side front door had the same problem. A firm push at the top popped it back in, so I'd suggest everyone check that first.

The service bulletin was in regard to a shimmy in the front when you accelerate. Turns out it's mostly Model X's that have the problem, and he said you'll know since it'll rattle your fillings out.

i have this with my back drivers side door. I can push it back in and it stops but stays back within a single drive. No window opening or door opening on that door ever. It is super annoying. I have to reach behind and push it in several times a day to stop it
•••

PWlakewood said:
Any stereo shop can install sound deadening material but I wouldn't take it to a low end shop.
Click to expand...

Sound deadening won't solve all the rattles though.

I took my car to the SC for a squeak in the trunk the other day. Gonna try one rattle/sound per appointment. Is supposedly a strut squeaking, and the lead time is 2 weeks.. sigh.
•••

Cheburashka said:
Sound deadening won't solve all the rattles though.

I took my car to the SC for a squeak in the trunk the other day. Gonna try one rattle/sound per appointment. Is supposedly a strut squeaking, and the lead time is 2 weeks.. sigh.
Click to expand...

You would be surprised at how many rattles will go away by adding sound deadening to the area that rattles. It might be worth it to give it a try if it's really bothering you that much or the SC cant solve it or get you in right away.
••• 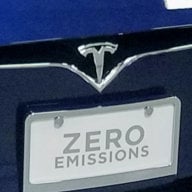 Do you require to pay a diagnostics fee, when you report rattles?
•••

and one more reason why Tesla not fixing rattles doesn't make sense is that manufacturing can't get any feedback (if the systems were ever in place anyway) from SC's to correct future builds. Mind you if they haven't fixed them by now 7+ years into the model then this speaks volumes as to Tesla cavalier attitude to quality that bluntly we all know exists.

The one thing that has changed is that where before we could get the SC's to sort out crap that should never have got out of the factory, now we can't, or at least we have to pay for the privilege.

So previously where we would shrug and accept the early adopter mantra, and get the SC to fix it which they generally did without query, now it is a full on Tesla two finger salute.

difficult to see how this advances Tesla cause really.

Tesla is a company we all want to see succeed but only genuine competition (and that clearly means better than the half baked Taycan) it seems will give them a reality check.

In the meatime with Tesla it's ever more obviously all about the money, so only when quality costs them more in sales than it would to fix will Tesla act. I know as a fact they just lost a P100D sale due to the apalling performance of West Drayton, London with my CPO purchase, but it's going to take much more than that to rattle somebody's cage at HQ.
•••

Tesomega said:
Do you require to pay a diagnostics fee, when you report rattles?
Click to expand...

You pay of they determine it's from wear and tear.

For example, if it's a squeaking bushing, then you pay $98 diagnosis fee plus whatever work is needed.
•••
J

mike25 said:
I had a rattle in the center of the dash towards the mesh, the technician that test drove with me recognized the rattle and said not in dash, it was the one of the strut brace creating it. SC added insulated the mount point and the rattle went away.
Click to expand...

Hello. Could you give us details on how they've done the noise canceling of the struts?
Last edited: Sep 1, 2021
•••
W

jcpetit said:
Hello. Could you give us details on how they've done the noise canceling of the struts?
Click to expand...

SilverGS said:
Are these Tesla OEM parts?
Click to expand...

yes, this was a workaround from Tesla for noisy front air suspension
•••
7

Maybe there is a photo of them?
Interesting how different
Reactions: jcpetit
•••
J

Tesla changed the strut braces for the "new ones".
They told me that they don't anymore provide those parts?
They used the most recent shocks braces, increased holes on the back and added bushings.
They tried to show me the difference, but the bushings were hidden behind the screws and below the windshield. 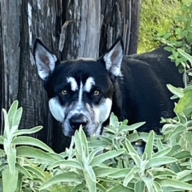 My 2019 MS started making small rattles and squeaking noises about 6 months ago. The MS has never been super quiet and wind noise at higher speeds often requires that I adjust the windows down and then back up to reduce. But the squeaking and rattling got worse and I noticed that the driver door panel was popping off slightly and needed to be manually popped back in which eliminated most of the squeaking but not the rattle - until it popped out again.

Just last week while the car was in for maintenance I mentioned this to the service advisor and showed him how the door panel was popping off slightly and came a little loose most anytime I drove the car. Even though I was still in warranty, I had to authorize a $95 diagnostic fee to check it out.

As it turned out some of the clips inside the door panel were loose and some had broken off and fallen inside the door. They replaced all the clips, refunded the diagnostic fee, and now all the squeaking and rattling is gone. Still not would say the car is super quiet - but it is mostly wind noise now.
•••

Model 3: Driving Dynamics Dec 6, 2021
Henrykaed
H
C
Received my model S , 1st week had to get frunk realigned. Was told by mobile service and SA that wrapping my car would not void warranty