If you're waiting for your VIN 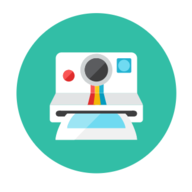 So I've been religiously refreshing my Tesla account waiting for my reservation number to change from a VIN. Tuesday morning I gave in and refreshed my account to still see the RN. 15 minutes later I received a call from a Las Vegas number, which I normally don't answer unknown numbers but decided to pick it up.

It was my Tesla adviser asking for my paperwork! What? I hadn't even applied yet, indicating I was waiting for a VIN. He replied that he had my VIN and in fact my car was already en route! It's already halfway to its destination. I said I had just checked this morning, no VIN. He said that they aren't updating the Tesla account with VIN numbers until the paperwork is done anymore, because it causes too many issues. He didn't go into detail, just more along the lines of too many phone calls asking for updates once they have it.

So now I'm trying to rush and get loan applications out, processed, etc by tomorrow or else I risk not getting my car until end of June. I wanted to share my experience since I hadn't seen anyone else state the same. You may receive a call before you see any changes. Or I'm an anomaly
Reactions: ebmcs03, MarkBrokeIt and Tam
G

Ordered online 3/31, invited to configure 4/13, configured 4/15, received June delay email and nothing so far for me. No calls, no VIN assignments, nothing but silence

Congrats on the call!! I am still waiting for mine.... refreshing every hour.... the wait continues...
E

That’s correct. Even after I was contacted my account did not update with my vin for another week. Granted it was long weekend.

Something about the VIN numbers

M
Can Tesla Unassign my VIN due to pending approvals on their part?