Is anyone else getting their Tesla delivered to their door? 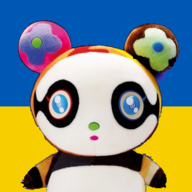 When I ordered my MY LR white/white 5 seater (no hitch, no FSD) I had planned to pick it up from the nearest SC in El Paso TX which is about 150 miles away. But after I placed the order I found out there is some state law that forbids me from picking up the car there and the nearest place I can pick it up from is over 600 miles away in Colorado Springs CO. The manager at El Paso told me Scottsdale AZ (275 miles) was also an option but the same state law snag may forbid me from getting the car there since it was not an option on the web site nor was it an option I was told about when I tried to sort this out over the phone. I was told repeatedly that Colorado Springs was my closest option.

I've currently opted to pay an extra $750 to have the car delivered to my door. I can use the El Paso location for getting the car serviced should the need arise although I flipped out a little when I was told I needed to pick one of the Colorado SCs. I believe mobile servicing is available in my area for small things. OTOH, sometimes it's hard to know what to believe.

A 1200+ mile odyssey to pick up a new car is a no-go. In addition, I plan to get ppf and a ceramic coating. I'd rather not drive 600 miles before having that done. Even a 150 mile drive back from El Paso would go past the 72-hour/100-mile limit for getting stuff fixed for free. Owning a Tesla would be a dream come true but I sometimes wonder if the road bumps I've already hit are an indication it would be unwise. 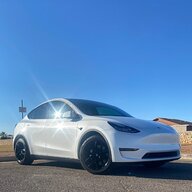 i live in el paso and thought it was funny when the SA really made 0 attempt to sell me the car per say but i little glance research i figured it out a bit
Reactions: BitJam