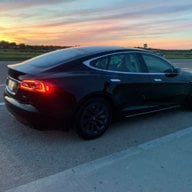 Want to see if anyone has any idea what this issue could be caused by.
Got my Model S back from the body shop to have minor damage repaired; replace front bumper cover and repair a small dent in the front passenger corner of the hood. That was it, nothing major.

Get the car back and noticed the voice command button is not working and a few times getting into the car I get a message on the dash saying “Initializing microphone. Try again.” I tried doing the two wheel reboot and also Power Off. Neither fixed the issue. Called the shop back and they want to take a look at the car (which I’ll be swinging by tomorrow). Afterwards I placed a service request with Tesla. They replied that the logs show the Bluetooth module needs to be replaced (They quoted me $92 to have that done). They redeployed the OS but that too did not resolve the issue. I can reply to text messages with my voice so the mic itself works. Just not sure why the message and the button not working.

Then I also noticed my horn failed to honk via the steering wheel. From the app it works but not from the wheel. And also the heating element for the steering wheel also does not work. So far I’ve observed the voice command, horn and wheel heating element. I doubt this is all attributed to the Bluetooth module and am thinking something got shorted out at the body shop but not sure what based on the work performed.

Anyone have any ideas what could be causing these issues? Everything else (so far) on the steering wheel works.

Given all your issues stem from what would be electrical switch/signal inputs from the steering wheel, likely there is an electrical connection somewhere that either didn't get reconnected or connector not fully seated/latched results in loss of signal. I don't have wiring diagrams, but someone that does should be able to quickly start tracing those three signal inputs from the steering wheel assembly and isolating what is the common wiring harness/connections.

That's where I'd start from a troubleshooting.
•••

Tesla was not able to correlate the work that the auto body performed not the accident to the issues in the steering wheel. They consider it a coincidence. Here is the invoice. Not happy about it but glad my car is back to working order.