Issues with keyboard and touch area

I've had a few issues since day one with my touch screen. Specifically, I've had roughly 4-6+ crashes in the 3 weeks I've owned the car, often it seems while using/loading an application such as in the entertainment section. However one occurred just driving down the road, randomly.

I'm also having an issue related to my keyboard not staying open while I try to fill out a form field, such as logging into netflix in the entertainment section. I press a letter and it just closes. Tap in the field, it returns, but closes as soon as I type another letter, and that letter may not actually show up in the form field.


Lastly, while trying to play beach buggies, I was unable to press continue at all on the character selection screen. Not the biggest of issues, more I was just curious what it was like to play. That section of the screen seems functional outside of the game however, so it seems software related to me, not hardware??

Perhaps I am missing something, or there is a way to calibrate the touch area?

I cleaned the screen with the included microfiber thinking maybe I had some contaminates on the screen causing issues, but couldn't find anything.


Regardless with the numbers of crashes, and touch screen issues, I'm just curious if this is normal, or if I should be putting in a service request and maybe it is indeed hardware related in the end.

I'm also having issues with my lte modem being hung up in 3g when I leave my house, despite the area having a strong lte signal one I crest my hill. I live in a valley, so I'm guessing it's stuck when the roll over should occur to lte from 3g. If I park the car or reset the screen it grabs lte immediately.

Appreciate it if anyone has thoughts, tips, or tricks. 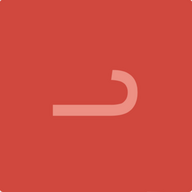 Do you have a screen protector? These can cause all sorts of issues if not installed properly. Otherwise finger smudges but you tried cleaning. Make sure you use the screen cleaning mode, otherwise all the inputs registered from the watery
Cleaner cause trouble
P

GtiMart said:
Do you have a screen protector? These can cause all sorts of issues if not installed properly. Otherwise finger smudges but you tried cleaning. Make sure you use the screen cleaning mode, otherwise all the inputs registered from the watery
Cleaner cause trouble
Click to expand...

Appreciate the ideas. No screen protector, I had been considering one, but basically was waiting to see if fingerprints and scratches/damage became a concern. I prefer the look of the glossy screen aesthetically, but obviously, the function is the critical piece for this vehicle.

I think what has been throwing me the most is the inconsistent nature of the problem, which is why I was wondering initially if it was software , and not hardware related.

For instance, sometimes the keyboard works just fine (eventually i was able to log into hulu, Netflix, etc.) it just took a lot of curse words to get there. I have never however been able to get the beach buggy game to work, despite that part of the screen being touch-sensitive at other times, for instance navigating the stereo interface.

I put in a service request based on the first comment, given the number of crashes I observed, it certainly seemed atypical to what i have read on this site and others.

Submit the service ticket, way too many problems here. Please post back with your findings.

Screen crash...what caused it, and how to prevent it.