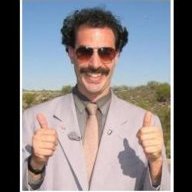 I tried reserving a Model 3 last night but it appears that both through their site and when I tried Paypal, that the payment was not accepted.
I received emails from Telsa for the 'next steps' and to 'pay now' to make the reservation official... but it also gave me a reservation number... so I was wondering if anyone else was having issues or what?
When I went through my Paypal, it looked like it was going to go through and it said it was 'redirecting back to Tesla to compete the transaction' but then it just kicked me back to the Tesla Homepage and there was an odd, pixelated red 'X' that simply said 'something went wrong'.
Odd and frustrating.
I'm going to be calling at Noon today (9AM Cali time and hopefully all will be well) to check but I called my Credit Union and non of the charges went through so I haven't been charge but I have to reservations.

And on my account there are no buttons to cancel one of the reservations, perhaps because it's not 'official' since I didn't pay yet... and over my 30 minute lunch i was holding for 10 minutes while they had extremely high call volume, so who knows... no one answers, it takes 48 hours for them to even email a response and the website appears to not be working as it should... Hmmm... already a tad frustrating...
•••

Where do I make my monthly payment?

Model Y: Ordering, Production, Delivery Feb 21, 2022
bburk00
B
H
Tesla Loan - additional payments are not applied towards principal and only a credit for future payments due