Jack Rickard - Prior to EVTV

I happened to be watching BBS: The Documentary Episode 3 last evening, and lo-and-behold Jack was featured in a good portion of it.

Unbeknownst to me, he was founder of Boardwatch magazine and partner in BBSCon 30-ish years ago. He eventually sold Boardwatch for a tidy sum (~$30Mik), and decided to go on and do something else with his life. He found EV's it would seem.

For those who were a fan of his rather unique and curmudgeonly style, it was neat to see him being interviewed ~16 years ago...

Here's the episode at the time Jack is introduced: 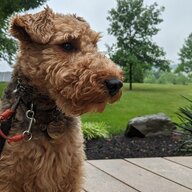 I loved watching his video's when I was dreaming of getting my first Tesla. What a pioneer he was
•••