Jeffrey Katzenberg: "Thank you, Elon Musk, you saved my life"

Jeffrey Katzenberg is recovering from surgery and a brief stay at Cedars-Sinai Medical Center following a car accident in Beverly Hills on Oct. 19.

The DreamWorks Animation CEO made his first public appearance following the accident on Oct. 23 at GLSEN's Respect Awards, held at the Beverly Wilshire, less than 24 hours after being released from the hospital.

"Thank you, Elon Musk — you saved my life," Katzenberg told The Hollywood Reporter. And while it's unclear who caused the accident, Katzenberg then offered a few details about the seriousness of the collision.
Click to expand...

Another testament to its safety...
••• 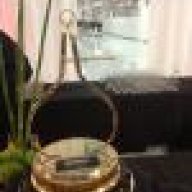 And did you see the pathetic article on the same subject in Fortune magazine? (I won't benefit them by linking to it.) The opening paragraphs are of JK's praise and the entire rest of the article is on how this is welcome news because Tesla has just been downgraded by Consumer Reports magazine and a rehash of CR's "findings." Never mind that CR's report had nothing to do with safety. A true journalist (as rare as a unicorn these days) would have followed the recap of Katzenberg's praise by mentioning Tesla's unparalleled 5-star safety rating. I guess that would be too much praise. Today's idea of journalism is to offset anything positive about Tesla with as much mud slinging as possible.
•••

My Model S Saved My Life