Tesla has enough long term large shareholders who have been very happy with the stock price, that the company's recommendation will likely prevail.

I mention this since my shares have been "enrolled" by my broker into a service by Institutional Shareholder Services (ISS, issgovernance.com) which votes on my behalf. Most of the time, I don't care and their votes generally adhere to standard corporate governance rules.

However on this one, I don't agree with one of their votes. While they are voting for the company's board slate, they are also voting to remove Elon as board chairman. Elon, like most qualified company founders, IS the company. He isn't a random search firm approved corporate CEO. I don't see how removing him from the chairman position helps anything at all.

So I am trying to wrest control of my shares away from ISS. I'm doing this on principle, really, since my shares very likely won't tip the vote one way or the other. But I'm annoyed that ISS isn't taking into account how Tesla is different from most companies, and also annoyed that ISS doesn't state their proxy vote positions on an easily accessible part of their website, and annoyed that they don't have a normal mechanism to change a particular vote.
Reactions: SW2Fiddler, MitchMitch, neroden and 2 others
N

Bizarre! I assume you voluntarily signed up for this ISS service (something I would never do). You should be able to call your broker and revoke your ISS enrollment. If not, you should be able to *write* your broker and revoke the enrollment. Worst case (if this isn't happening fast enough), show up at the meeting and demand to vote your shares in person, which automatically revokes the proxy. At least the meeting is not too far away for you.

If your broker is giving you real trouble -- if rather than just delaying your ability to revoke the ISS service they're actually refusing to revoke it -- then obviously, you should remove your shares from that broker.

Broker isn’t giving me trouble, and they are revoking ISS going forward, and trying to change my proxy vote for Tesla.
Reactions: MitchMitch and neroden 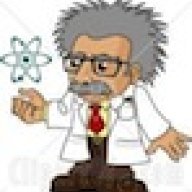 Well that's a bizzarre case I can't fathom what their excuse is for choosing to vote against the company recommendation. You might want to investigate as this may have a somewhat impact. Not sure how the results are shown, but I'd assume the SEC filing will show % of votes going for and against each action and I'd really be worried if the vote against Elon has a substantial percentage even when it'll clearly be unsuccessful, that will be headlines again that material % of investors vote no confidence in Elon etc yada yada...
Reactions: SW2Fiddler

It is standard good corporate governance for the chairman of the board to be a non executive, and independent director. ISS is just following one of their rules. When and if Tesla ever gets a potential bozo for CEO, then, yeah, I would vote for this, but right now, the bozos are the rest of the board.
Reactions: neroden