Just a thought [trains being replaced by autonomy..]

I'm pretty light on details at this stage, but in my opinion, having watched this video explaining why train travel cost so much, it got me thinking.

You won't be able to manually drive on these paths, but you can use your own car assuming it is updated to a software standard. Something like Autonomous Journey Standard, AJS.

Safety measures of the AJS include:

As said, early stages at the moment, but happy to get feedback...
Reactions: Brando
•••

Looks like similar thinking to this: Electrify Caltrain? Or could robocars do it for less than 1.5 billion? | Brad Ideas

Me? I think it's a little early to start paving over railways. But it's probably time to start working on cost models, and maybe implement a proof-of-concept or two.
••• 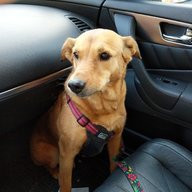 Usually in the past.

A few million people that work in NYC disagree in mass.

They'd love to board a fast quiet train though, I know that.
Reactions: davedavedave and Brando
••• 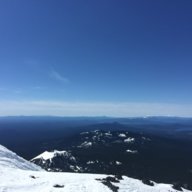 That's an interesting idea, have you crunched the numbers on the difference between building/maintaining roads vs. train tracks? My guess is roads are much more expensive but I don't know. In my area they tend to just pave over unused train tracks and turn them into bike paths or do some touristy type stuff with them. If I had to guess I'd say a) either you're right and trains are going to be made totally obsolete or b) the competition from electric/solar/self driving will force them to get a lot more competitive. My guess is that autopilot semis etc will take a lot of business away from rail, but rail will still be useful for commodities, especially when things go straight from manufacture/processing to trains to ships and vice versa. Personally I'd love to see rail come back for travel, especially if it goes electric and safety standards go higher. But now that I think about it, considering the Boring co, I'm guessing that maintaining roads/tracks will eventually get largely obsoleted by tunnels. And if that really gets going, I'm guessing they could make a lot of train sections obsolete too because traditionally train routes have been dictated by mountains, rivers etc., not necessarily most direct routes, so if you can just go under all that stuff it would probably make things a lot easier, plus you avoid weather and I'm not sure how easements work when you're underground but I bet that is a lot easier than above ground too. I'm guessing folks at the boring company have already thought about this stuff. Sorry for the ramble.
Reactions: davedavedave
••• 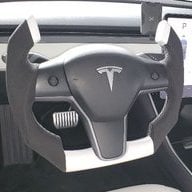 Solar Power will have a huge impact on railroads. Just today it was reported that producing electricity with solar costs about 50% versus using coal. With a very large percentage of rail traffic and profit based on hauling coal around the country they will need to do something.
•••

Some believe the answer will be found in Hyperloop technology. People and freight moving at high speeds in quiet and comfort. Economical due to less aerodynamic drag. Leave your Tesla at home, earning money in automatous livery service and jump in a Uber when you arrive at your destination.
Reactions: Brando
•••

mblakele said:
Looks like similar thinking to this: Electrify Caltrain? Or could robocars do it for less than 1.5 billion? | Brad Ideas

Me? I think it's a little early to start paving over railways. But it's probably time to start working on cost models, and maybe implement a proof-of-concept or two.
Click to expand...

We already did pave over rail tracks - in our cities the trolley tracks - do an internet search and some reading to learn more.