zanary said:
It will never be a retrofit. You'll need to sell your older Model S and replace it with one if and when those features arrives with the Model S.

That being said, there should be an MCU/2 retrofit (for $$$) for MCU/1 owners, but I think that will be the extend of it all.
Click to expand...

I like my car as it has free supercharging, free data, sunroof, FSD, 16.5kw charger, multi pattern seats, extended warranty etc. All cool features, some not available anymore. I have MC2 luckily but I'd really like to watch movies in 17 inch rather than 10 inch. First world problem I guess!
Reactions: ⚡️ELECTROMAN⚡️
•••
M

jdchi said:
Were you supposed to get smart summon or was that an oversight on Tesla's part? I only have enhanced autopilot and assumed I won't be getting smart summon. Thanks for sharing.
Click to expand...

You should get smart summon if you have enhanced AP and live in USA
Reactions: jdchi
••• 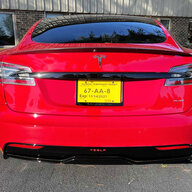 jdchi said:
Were you supposed to get smart summon or was that an oversight on Tesla's part? I only have enhanced autopilot and assumed I won't be getting smart summon. Thanks for sharing.
Click to expand...

I think anyone who purchased EAP will get it. I just got it way earlier than Elon said.
Reactions: jdchi
••• 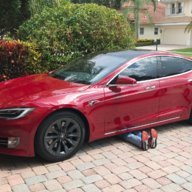 MCU 1 -AP2. Tesla s -70 2017 Build 7/2019
No theatre - No Car-aoke stuff.
Have spotify- and improved visualization.
Drove on highway and seems to be better on autopilot- not swerving like a snake on curves.
Just joined TMC. please forgive noob errors on description.!
••• 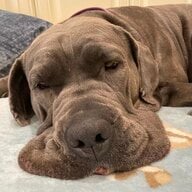 Overall on v10, I think AP is smoother with less phantom braking. And the car accelerates quicker after coming to complete stop in traffic. Spotify and Netflix are great entertainment additions. Rear cam recording on Sentry is awesome.
•••
M

The easiest was to confirm MCU 2 is if you have beach buggy racing game.
AP1 no side cameras
AP2 side cameras no LTE
AP2.5 LTE connection
•••
M

Went out of town Friday, the downward pointing yellow arrow appeared at the top of the screen in my 17Model S. Could not find wifi while out of town. I get home today... yellow arrow is gone and I'm now on wifi with full bars but no SW download. Anyone else see this? Did they stop rolling out V10?
••• 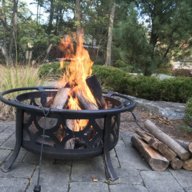 I'm not sure if this is an isolated issue with my model 3 (August 2019 build) but since I updated ti version 10, my autopilot has been going haywire. At times it violently bounces from one side of the travel lane to the other. Earlier today while traveling on a straignt stretch of the freeway, the car pulled so far to the right that it crossed the solid white lane and then attempted to correct itself by whipping the car towards the left side. The motion was so violent that I struck my head on the B pillar. Im not injured or anything but it was the most scariest experience in a Tesla. Anyone else having autopilot issues? To answer any possible questions, I am experienced with Teslas with my first one being a 2015 85D. I also sent a bug report to Tesla immediately after I gathered my nerves (lol). I also called my local service center, but I was sent to a voicemail that suggested I use the app for an appointment.

It's weird now, because I'm weary of autopilot, kind of like the way I felt when I used it for the first time in 2015.
Reactions: ⚡️ELECTROMAN⚡️
••• 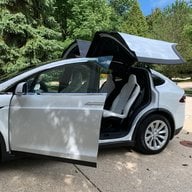 Red5StandingBy said:
My S tried to download it all morning. Would see the progress bar go up, then reset to about 40%. Then, it just stopped trying altogether and now says that my current version is the latest version. v10 disappeared for me. Any ideas out there? Tried all types of resets and have been continually on good wifi (two different locations). Have latest version of the app too.
Click to expand...

i have a Raven X and i had one failed attempt then i thought for a second the next try was going bad also, but Nope..it worked! I had NO progress bar visible which made me question the update..no one was more surprised than me to see it fully and perfectly installed. I did try a soft reboot after try #1, Someone on the forum said "start the download & walk away & let it happen" and i agree! Kind of like one's golf swing..too much thinking is bad
Reactions: ⚡️ELECTROMAN⚡️
•••
G

Mike75d said:
The easiest was to confirm MCU 2 is if you have beach buggy racing game.
AP1 no side cameras
AP2 side cameras no LTE
AP2.5 LTE connection
Click to expand...

I'm not sure that is accurate.... My car won't do sentry mode which I think is because it is AP2, but does have LTE. Maybe this applies just to US cars and mine is UK
••• 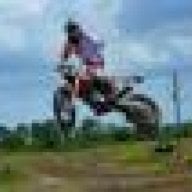 A view from the other side..