Twice now the JVC KD-NX5000 in my Roadster has stopped playing audio from my iPhone both through the iPod connector and through Bluetooth. The first time was a week ago and then again yesterday. In both cases the iPhone was still charging and the JVC screen still displayed the iPod title information with the advancing playback time, so that tells me the iPod connection was intact and the audio was not just paused. I tried two other iPhones but both of them also failed to feed through any audio, so this tells me that the problem is not in the phone. The fact that both the iPod path and the Bluetooth path failed suggests that the problem is not in the iPod cable. Furthermore, both times I was able to fix the problem by momentarily pulling the fuse that feeds the JVC (number 5) to reboot it. Has anyone else seen this behavior?
•••

Yep, I think that was one of the failures I had. Turned out that the modules are in a daisy chain, and the Sirius module was upstream of the BT, and it was (is) going bad. What I did was to re-order the devices, putting the BT module at the front of the chain. Unfortunately, if you need the iPod module, it's got to be at the end of the chain, since it doesn't seem to have a down-stream connector. I didn't need the iPod, and Sirius worked once in a while, and they occasionally have a free access promotion, so I left it in the chain.

If you aren't using Sirius, just take it out of the chain and your problem should be solved.
•••

I have never used Sirius, so removing it might be the solution. Where are those modules located? Are they behind the head unit or are they all over behind the left side of the dash?
••• 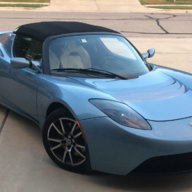 slcasner said:
I have never used Sirius, so removing it might be the solution. Where are those modules located? Are they behind the head unit or are they all over behind the left side of the dash?
Click to expand...

Yeah, all three are by the driver's door, down in a well between the outside of the car and where your feet go. At least that's where they are on my 2.0...

I got access to it by taking the (now two-part) dash piece off that goes between the door sill and the air vent at the top. There are a couple of screws in the recess where the headlight switch is located. Pulling that out gives access to some more screws that hold the trim pieces in place. The bottom of the panel is wedged under the sill cover; if you can remove that without cracking it, it will make the whole thing go easier. I didn't remove it for fear of breaking it, so that kind of made things harder (and why I broke the two pieces apart.. The top part slips under part of the dash. There are technically two pieces, one a Lotus original, the other from Tesla, and they're glued together in the middle (the seam there). Mine broke apart, and there didn't seem to be any consequence. The hard part in getting it out and especially back in is up at the top, where they kind of want you to take the dash apart. I managed to push / wedge it back without cracking anything, but certainly don't want to try it again. Vague recollection of loosening one of the other dash screws around the steering column to raise up that panel corner. Oh, yeah, there are another pair of screws up at the top of the top piece, though I forget exactly where they went.

The modules themselves are stuffed down in the area in front and below where that trim piece covers. You will need access to the back of the radio in order to change out the cable, as the BT module has a hardwired uplink cable. The old cable should be able to be used as a pull-line, with enough tape to make it smooth. You're pulling it through a nest of stuff behind the speedo. I used a pair of flat PC slot covers as "keys" to unlock the radio from the dash. Slide them in on each side to release the spring clips.

The Sirius module is actually two modules in my car, one in the daisy chain, and a separate one that's the radio itself. The only picture I have is of the module set (minus the iPod module), not in the car. The iPod module also has a hardwired uplink cable, that should just plug into the BT module. Good luck!

Thanks for the guidelines.
•••

Greg, I finally got around to performing this operation yesterday. You're right, there are two torx screws holding the bottom half of the vertical dash piece plus two phillips screws holding the top half. The real bear, though, is that the top half has the two metal clips that press into slots in the dash frame. Those are difficult to wrestle out. And, the top piece fits under the dash cowl piece to the right of it. I managed to yank it out without breaking it, but it wasn't easy. And getting it back in is harder. What I did was to use a large screwdriver to pry outward slightly the two clips on the dash cowl piece so that I could squeeze my piece back underneath.

I did carefully remove the sill piece even though mine has for some time had a crack visible on the inside by the driver's seat. While it was out I attached a thin aluminum splint across the crack with epoxy and very short screws.

I was not sure where to expect to find the JVC modules in the space behind the dash pieces. There are other unrelated modules up higher, but the JVC modules are all held in fitted holes in a foam block down at the bottom of the space. One thing I had not considered was how much dust had accumulated on the modules and cables.

Glad you were able to get it apart (and back together!) without breaking anything. I don't recall anything being cable-tied down, but forgot about the clips. If I remember, the clips at the top were anchors for screws, not something I needed to take out. Perhaps the cowling around the air vent? I think it came off as well. Really should have taken pictures...

Oh, I also fished an audio / video cable (RCA-plugs) through, so I could drive the in-dash "player" mode from an external source. I have it hooked to a rear camera, but haven't put the camera in its proper place yet (it's taped to the back window).

Yes, before closing things back up I verified that iPod playback works, Bluetooth streaming works, and Bluetooth phone call works including microphone. And, as expected, no Sirius screen when cycling through audio modes. I just left the Sirius modules in place and hooked both ends of the cable to that module in case someone might care in the future.
•••