We plan to purchase a P3D soon, but I've been hearing a lot of negative feedback about Las Vegas service center.

Specifically:
1. No loaners if something's wrong with your car and you need a temp. replacement.
2. Customer service people don't know what they are doing - people report lost titles, incorrectly filled docs and things like that.
3. Almost impossible to reach a human being over the phone and when you do reach someone, they give you a lame excuse / transfer you to someone else and that person just hangs the phone.

I really hope cases like this are not common and people, for the most part, are happy with the service center here. Would really appreciate some feedback from people who live / serviced their cars here.

I try to avoid service visits whenever possible, so I have not had occasion to leave my car with them, but my more limited interactions with the service side have been generally satisfactory. When I got my car PPF'd a year ago the badges weren't placed back very well by the tint shop, so they paid for new ones at the SC and I took my car to the SC for Tesla to add them, which they did quickly and without fuss. (They have plastic brackets they use to place them in the proper spots.) They had my tire repaired quickly - the same day I think - when I took it in to them for a flat. I took them just the tire & wheel, not the car which remained on a jack in my garage. I had the smelly AC problem in June which they took care of in about an hour while I waited, as I had made an appointment for first thing one morning.

My first major-ish issue was when I wanted to get my trunk lid adjusted, and a slight bend in a door fixed. It was September 2018, the same month I got the car; they were super busy and had no ETA for the work, and I didn't want to leave my car with them for multiple days, but they said the issues would be noted and I could bring it back later, possibly after their body shop had been set up (this was just after it was known that Vegas would soon be getting an in-house body shop). When I finally did return after the first of the year they had no record whatsoever of my having been there and spoken with them about it, so hassled me about getting it done in warranty. Ultimately I bypassed the Sahara store and took it directly to the body shop myself (located at the original Tesla store off Jones & 215). As this was minor work they were agreeable to doing it under warranty and they did the work one morning in a couple of hours while I took a walk to go get breakfast.

Back when I got my car last year the documents were mostly ok, but the people in California who did the paperwork had done part of the payment wrong which I had to have refunded, and they got stuff wrong about Nevada's rules - the price of the car should be the BASE MSRP for the purposes of registration, not the actual MSRP of your specific car. I had to contact the DMV to get them to use a lower price than the full price that Tesla incorrectly gave me and put on the Dealer's Report of Sale, because Tesla was totally unresponsive to correcting the problem. Literally, I never got a single response from anyone at Tesla legal in California about this problem, or fixing the MSRP in the paperwork. The sales supervisor at the local Vegas store was a stone wall who could do seemingly nothing other than grin at me and refuse to help in any way. I am kind of glad the sales portion is largely gone, hopefully they fired that ass. It was my impression however that documents were not done locally - the nuts and bolts of them were by people in CA.

So, overall I find the Sahara store to be on the whole agreeable and competent, but sometimes I've gotten a bit of 'car-dealer' vibe that needed a little pushback. I try not to be demanding, and have not needed to leave my car, so I don't know the status of loaner vs. Uber. And I have given up on getting them on the phone. I just drive down there. (I'm kind of an introvert that hates calling people on the phone anyway so I'm predisposed to avoid it.) When I had the AC service done I made the appointment via the app.

I had a couple of service visits from mobile service, which was done well and on time, but there was a lack of follow-up with one thing. When the mobile tech was replacing a bad bit of trim, I had asked about the edges of the lower trunk liner - they kind of stuck up and I just wanted them to lay down flatter. The bottom of the lower trunk material was a little crumpled so he offered to replace the whole thing. He ordered a new one but when it came in he called and told me it was crumpled just like mine, so he'd get another one. And then... nothing. I know parts availability can be a problem so I waited a long time to call again. The next time I called a couple months later, he was on vacation so I didn't speak with him. At that point I just let it slide. I hadn't actually asked for a new lower trunk liner and it doesn't really bug me that it's a little wrinkled so I just left it.
Last edited: Oct 1, 2019
••• 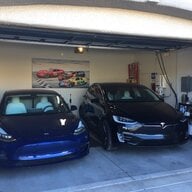 They trash Betty at every visit, I want to cry 😭 after sloppy service work, no details on work performed. This SUCKS!!! Must be time to say good bye to our Betty ❤️ 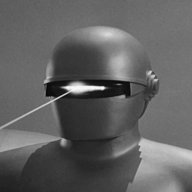 No loaners is now the norm by me. I'm lucky as I drive by a service center often and I can chat with the guys informally (haven't dealt with a female service person yet). I do have a feeling of dread when I do need service, but they've always done a decent job. The only exception was last september when a service center (a new one which recently opened - not my regular service center) sold me some 2 yr old tires, which promptly wore down to tire tread level 3 only after 5,000 miles and 6 mos. When I took it in for balancing to my regular service center, the guys realized I was sold "extra old" tires and replaced all of them for free. I still had to pay the $210 for tire rotation and balancing. This was Az and not NV, but everyone probably has stories to tell - some good some bad. Getting a mathematically valid statistical assessment is very difficult because one's sample size of stories is most likely either skewed or too small to be able to predict a likely outcome of a visit.
•••