I upgraded my Tesla Model S, manufactured in Sept 2017 to 10 and some of the features are not working.
The browser does not appear to work.
In addition I did not get any video steaming functionality. There is no Netflix, etc. No option.
Karaoke doesn't work either.

Is this the experience others have as well? It this normal?
•••

I'm pretty sure it's normal for your car (and my car) and for any S built before early 2018. Your car (and mine) have the old touchscreen and associated computer chip which does not work with some of the new features. There has been talk of being able to upgrade to the new touchscreen but nothing yet.
•••
V

Welcome to the club
Reactions: Ludalicious
•••

viper2ko said:
Welcome to the club
Click to expand...

Yeah, kind of like every time I buy a new iPhone or iMac I know it's going to be "out of date" in a few months.
Reactions: Joelgjr, am_dmd and Scorpyo
•••

boaterva said:
No MCU 1 car has video or Theater options. We’re still waiting for the MCU upgrade.
Click to expand... 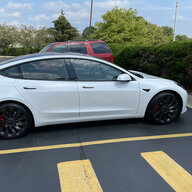 I agree with you. Tesla has enough trouble keeping up with repairs I don't see this happening. Kind of sucks that a a 2 year old car that was sold as getting these great updates isn't supported even as long as a cell phone. Even if they do a upgrade it is going to be costly.
•••
T

Yes, Tesla keeps updating your car and adding new features - until they don't.
•••

I understand the frustration....but also understand that when I bought my model S in Jan 2017 I wasn’t anticipating receiving a Netflix streaming option or cool video games so I can’t be too upset.

I am starting to get some FSD options which is cool and the Autopilot is light years better than what it was when I bought the car.
•••
V

kosarfan said:
I understand the frustration....but also understand that when I bought my model S in Jan 2017 I wasn’t anticipating receiving a Netflix streaming option or cool video games so I can’t be too upset.

I am starting to get some FSD options which is cool and the Autopilot is light years better than what it was when I bought the car.
Click to expand...

I wish they wouldn't proclaim all these new features and not explain production cutoffs. They make it should like everyone with a car will get Netflix etc. Very misleading, wrong. Oh yea I'm a Sept 2017 build with FSD but don't get Netflix unless I pay for a new cpu. I don't expect it for free they just should be clear on who gets what.
Reactions: Antfugue
•••

Starting with our 2012 S P85, I've periodically watched videos during long supercharging sessions. Since cell/internet isn't available at all supercharger locations (at least not until Tesla adds local WiFi support), if I plan to watch videos, I'll download them to a tablet - and then play the video on the tablet with the audio streamed to the car's sound system - and that works well, except for the need to use a video player with the ability to adjust the audio delay - since BT audio adds a small delay compared to the video.

So there's an alternative to having streaming video built-in - and much cheaper than whatever Tesla would likely charge for an MCU2 upgrade.

However, Tesla should still provide an MCU2 upgrade, since some owners may plan to keep their MCU1 vehicles for a long time, and could benefit from the newer features.
•••

T
Would Tesla do the MCU1 to MCU2 upgrade on a Model S with a salvage title?