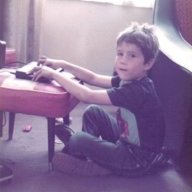 The weather has been particularly miserable today and I’m pleased I purchased the all-weather mat for the boot.

I opened it later this morning to find that rain water had leaked through the seal - top centre!

(FYI I did not see any of the water leak through once I actually opened the boot.)

I do wonder if the boot is misaligned as the seal quality and position looks fine.

Did you check underside of boot lid for signs of water?
•••
F

The model 3 is known for dumping water into the boot as you open it. The water runs off the boot lid down the glass then over the gasket into the boot.
I've never had any signs of leakage.
•••

Before as I failed to see the water run down after I had opened it - I'm aware of the issue of water getting in as you open the boot.

It's worth checking again though just to to be sure. Also, the panel gap of the left of the boot is wider than that of the right side panel gap.
•••
F

I picked up my car yesterday and spotted the inside of the boot was wet. This was dismissed by the handover chap as having happened during a wash, but I wasn’t convinced.

Anyway it was raining all the way home and all night. I checked the boot this morning and sure enough the boot was wet again.

On closer inspection, the boot rubber seal was very close the the seal on the back window on my car. I moved the seal to check underneath and felt a little clunk. It seems the boot seal wasn’t seated properly around the opening. I’ve popped it back and it looks more uniform now with a consistent gap between the boot seal and window seal. It’s raining again so I’ll check it in a bit.

I’ve also noticed now that I’ve seated the seal better that there is a little bit of resistance when closing the boot, so it now needs a bit more of a push on closing.
Reactions: GrumpyManUK
•••

J
Water leaking from under glovebox in freezing conditions. Service center didn't do anything. Now what?