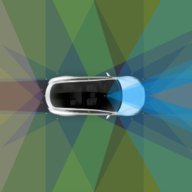 This idea has come up here before more than once... Galileo Russell has shown the time may be here. Great job Gali if you're out there! Thanks for blazing a well useful trail!

Idea would be for a TMCer to be on the call with a list of crowd sourced questions from all of us, ready to keep firing away for as long as Elon wants to take them.

Gali's idea effectively became a tool for Elon to express his view of what good and bad questions are, and to have greater ability to steer the call so he can spend his time with the former rather than the latter.

Gali had a over 150 people with roughly 50,000 shares among them request his participation on today's call via emails to IR over the past week or so. Hats off to Gali for thinking of this strategy. We can do the same- not to replace Gali, of course, but to add an additional option for Elon to go to a voice outside of Wall Street when he sees fit. Yes, we would be copying a technique from Gali, but, again, the actual goal of the strategy, a TMC rep on these calls, has been brought up multiple times in this forum in years past. fwiw, from past polling here, it's obvious we could tally up far more shares than 50,000 among us. Tesla already follows TMC some, so it's very likely they see value in the way we discuss the company here.

Related idea- inviting Elon to do an "AMA" re Tesla on Reddit. Advantage of Reddit for those unfamiliar, is questions get filtered up by group voting on whether a given question is good or not. Person doing AMA (i.e. Elon) then chooses what questions to answer, with those filtering toward the top as being found the best by the Redditors being more prominent to choose among than those filtering down. Doing this quarterly would be great. Elon has actually done Reddit AMAs a few times (and recently cited Reddit as one of a couple of sources of wisdom or something of the sort), but, I don't believe he's ever done a Tesla specific one, let alone a Tesla investing one.
Last edited: May 2, 2018
Reactions: PaulusdB
•••

Just thought of a hybrid idea of this and tweeted Elon and Tesla,

"Great call! What if you created a webpage where Tesla shareholders (authenticated similarly to shareholder proxy votes) could have a Reddit style AMA (best questions filtered up) w/you once a quarter? Respond to misinformation, answer thoughtful questions : )"

Please feel free to tweet or email this idea if you agree. For anyone not too familiar with twitter, by adding a "." before a twitter handle, i.e., [email protected] , the tweet can be seen by everyone (and liked, etc. so it gets more attention).
Reactions: neroden, PaulusdB and MikeC
•••

Levon Elon, The Rocketman gets his remix....