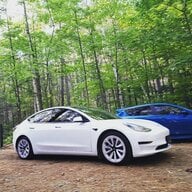 I received a set of Light Harmonics T4D speakers for my car and wanted to give a detailed review of my thoughts and some general tips I discovered while doing this. I installed the front dash mids and the front door woofers.

Installation: I installed the door speakers myself and had Joe and his team at Ultra Auto Sound install the dash ones. The door speakers are not too bad of an install. The hard part is taking the door off for the first time. It does require some strength and it when it does come off, it feels like you just broke the door. No worries though. I would advise using a trim removal set to help get in between the door panels. And don't just drop the doors. Unplug the puddle lights at least to be safe. If that disconnects the car shuts off. Ask how I know :/ Once it's off, the hard part is done and the installation of the speakers is an easy part. Use a socket wrench (forgot the size) to remove the bolts of the old speakers, unplug, remove and install the new Light Harmonic speakers. It includes a mount which is the exact same size as the OEM. No need for custom brackets or anything. Speaker is perfect size too, does not fit the doors at full excursion or hit the windows, which are some problems with aftermarket solutions not necessarily made for the Model 3. I weighed the OEM woofers against the Light Harmonics and the latter is a little heavier, which if it's because of the magnets, could be a good thing.
For the dash speakers, the biggest difficulty is the working space as the speakers are right up near the windshield. There is a video of someone installing the dash speakers outside of the car, this is not necessary for the 2 side ones but maybe to get that center one in. My audio shop did it all with the dash not removed. If you want a super easy install just install the 2 dash mids on the sides. And if you live in the GTA send me a PM as I do have extra speakers because I choose not to install the rear dash mids. And also the subwoofer.

Sound quality: Overall I do have a good impression of them and I'm happy for the upgrade. If I would describe the sound it seems to be more detailed, cleaner, and the soundstage appears to be wider compared to the OEM speakers. The woofer definitely cleaned up the bass. It can still get just as loud if not louder than the OEM offerings. I did have a focal K2 and set in my old car and the most noticeable difference between that set and the Light Harmonics is that the LH ones have a stronger presence on the highs without the "shh" sound on the tweeters. It seems to have deeper bass too but probably because of the 8in vs. 6.5 in size.

On a side note, one of my other interests is head-fi and home audio. The sound system in my Tesla is really up there. It's a different experience with IEMs and home theatre obviously but it really is one of the best sounding systems I've had. Compared to my other cars which had aftermarket exhausts I think it's worth it to have an upgraded sound system more so on the Tesla's because its quieter and you can hear the music better.

Hope this helps. Here are some pics below. 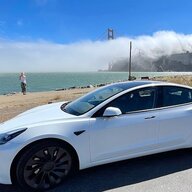 Which of the three model 3 models do you own? I understand the Performance model may have better speakers than the Standard Long Range.
•••

mduffin said:
Which of the three model 3 models do you own? I understand the Performance model may have better speakers than the Standard Long Range.
Click to expand...

The LR and Performance models have the exact same speaker setup. The SR+ does not.
•••

jjrandorin said:
The LR and Performance models have the exact same speaker setup. The SR+ does not.
Click to expand...

Right. But trying to understand whether the Light Harmonic upgrade will really improve the LR and Performance sound. Seems only SR+ owners are upgrading.
•••