Looking for some advice [new vs used - is fsd worth it]

I have EAP (which is basically current FSD) in my 2018 MX and recently ordered a Model 3 with just standard AP. No way is FSD worth the cost. I would take a new car without FSD over a used one with FSD every time. No contest!
Reactions: Jeff Davlt
•••

St☰v☰ said:
while the summon is cute feature and a novelty at best, it was so slow I could walk to my car quicker.
Click to expand...

I took advantage of the recent EAP special. Summon was something I expected to be a cute novelty but it has turned out to be the most used part of EAP for me. I use it every day to pull my car into and out of the garage. It is a tight fit and I used to have to very carefully pull it in as close to the wall as possible so that I have enough room to wriggle out of my car and not slam my door against my wife's boat (Toyota Sequoia). By using (dumb) Summon, I stop so that I can get out of the car easily and then let Summon take it the rest of the way into the garage.

But so far been pretty disappointed with NoAP. But the lane-change is a awesome.
••• 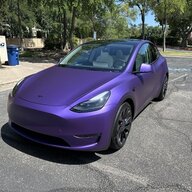 camalaio said:
Most "worth it" videos/explanations rely on one of two approaches: using the car in the future as a "RoboTaxi" (which does not and might not ever exist during the lifetime of your car), or simply as an assisted driving feature (which does exist today).
Click to expand...

It's neither technologically nor financially feasible, particularly on the current models.
••• 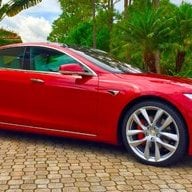 Buy a new one and forget FSD as it isn’t worth the hype. Base Autopilot does virtually everything that is actually useful but without the FSD cost. If Autopilot was $8k and FSD was $10k I’d still think the Autopilot was a better deal. Unless you are buying the last car you will ever own the base car is a better value. If they ever work out some actually reliable functional FSD features you can trade your car in then and buy another new Tesla. Contrary to the joke that Elon tells about FSD being worth $100k soon, the cost of the technology and many competitors already building similar systems will drive prices down. In 5 years new Tesla cars will be better and FSD will be cheaper but likely still not reliable so trading up at that time may be a better deal than financing Teslas ongoing development.
•••
A

Thanks everyone for taking the time to respond to my question. I really appreciate the advice and kind words. I think a lot of you brought up some valids points on both sides of the pros and cons list. It gave me a lot to think about and a few things that I hadn't even considered yet. First order of business is to get a test drive scheduled and maybe then I can talk one on one with a Tesla rep and go over my questions and concerns to see what would work best for me. I just wanted to get a point of view from someone who wasn't trying to sell me a car. I just ran a quick quote on car insurance and it does look like it's going to go up if I stay with the company that I'm with now, (Progressive) but I don't think by a whole lot...looks to be about an extra $32/mo. And I think someone hit the nail on the head in an earlier reply...it's FOMO on my part, plain and simple. I'm one of those guys that loves technology and always geeks out over the next "latest and greatest" thing to come along. The cars by themselves are unbelievably awesome and offer an experience no other car maker can currently provide. The 2021 LR AWD is packed full of tech and features that I no doubt would be happy with...BUT...at the same time I wouldn't get that fsd option that looks so cool on youtube, lol. While not perfect in its current form, I do see the potential there and I want to get in at the ground floor. In the end though, I will probably have to be a responsible adult and go with the newer 2021. Just sounds like I would be spending my money wiser...fsd is just too much of a gamble for me, too many uncertainties. I still want it though, lol but will just continue keeping an eye on it and may check out that subscription model if and when they roll it out. Again, thank you all for giving me your input...it has been a big help, this is a big decision and purchase for us. I will try to keep everybody updated if you're interested...to be honest, I have never been in a Tesla before and can not wait to get a test drive scheduled. I almost just want to rent one off of Turo for a day so I can take my time , but we'll see

FSD is only worth it if you want to be apart of the beta program and give real world feedback or if you are planning to keep your current Tesla for at least the next 10 years. Otherwise, free Autopilot is all you need.

Aleck77 said:
I do see the potential there and I want to get in at the ground floor.
Click to expand...

FWIW (not much), I think $10,000 for FSD is approaching “penthouse at the height of the housing bubble,” not the ground floor.

Elon’s musings and fantasy about cars being appreciating assets and the price of FSD continuing to climb into the stratosphere along with its immeasurable value aside.

They’ve boxed themselves into a corner with the current pricing as people who DID pay $10k will be furious if they drop the price significantly (as has already happened during a few brief fire sales in the past) - but they seem to have overplayed their hand as the take rate appears to be pretty low for current transactions. They’re offering 3 months of “free” FSD for cars sold before the end of the year - which says to me LOTS of cars (most even) are being sold without that option enabled.

So anyway. I don’t see how it can go much higher than $10k. In fact, I think they’re going to need to continue to find unique ways to incentivize it and lower the price without actually lowering the price. With that in mind, I think you have precious little to lose by waiting and buying later if/when it actually does some imitation of what was originally promised.
•••