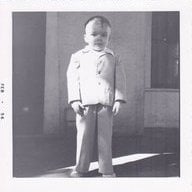 My Y is an 06/2020 LR AWD. With either the holiday update or the subsequent FSD beta update to 2021.44.25.6 (they hit less than 24 hours apart) my car has lost the ability to access the memory device for dashcam. I have been successfully using a SanDisk 1 tb sd card in a SanDisk USB reader, has worked just fine. After the update dashcam is no longer active. The car can see the device, I assume, because it offers to format it but after the warning about losing data it gives a spinning wheel, then says there was an error in formatting the card.

If I plug the card, in its reader, into my desktop it works just fine, I've run a drive check on it and that works fine. When I plug it into the car the light on the reader flashes so I know something is getting through (don't know if that just means power or if it means the car was looking at the device itself). I've reformatted the card in the computer, exfat, both quick format and long format, same thing happens when I plug it in to the car.

The two troubleshooting steps I have not yet taken but will shortly:
-- I use a Jeda hub, can't imagine that has anything to do with it but can't rule it out without pulling it out
-- trying a different device, pick up a thumb drive probably, and see if that works in the car

Anyone else with a car of similar vintage had this problem? Any whose works fine?
••• 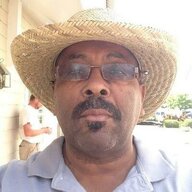 I've found that I will usually have to format the dashcam card several times in the car before it will work. Even if I formatted the card on the computer it still would not work in the car. When I tried to read the card on my computer it will indicate some kind of error that it wants to fix.
Last edited: Jan 2, 2022
•••

I've tried multiple times, says it is formatting the card, then says there was an error when formatting.
•••

laservet said:
trying a different device, pick up a thumb drive probably, and see if that works in the car
Click to expand...

Picked up a 128 gig SanDisk thumb drive. It formats without error (still using my Jeda hub). Wonder if it is the size of the sd card, 1 tb, that causes the car not to be able to handle it. I will try the card in my DSLR and play with it a bit to see if it is fully functional.
••• 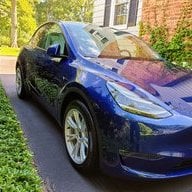 My dashcam will dismount randomly..usually when I first get in the car. The only way to get it back online is to do a double scroll wheel reset. Anyone else having this issue?
•••

Follow-up, the smaller capacity device continues to work just fine in my car, the 1 tb card that wouldn't work in the car after the update works fine in a computer and is now in my DSLR storing a gazillion photos without any issues.
•••
P

I have a YAwd 7/20, 32gb drive and I lost functionality as well with recent updates.
I’ve read in other threads about 2022 Y losing data with those ports but still able to use data in the glovebox usb, but my Y doesn’t have the glovebox usb. So is Tesla going to add that back with future updates????
•••
P

I tried a 64gb drive and it works again. So it looks like Tesla no longer supports 32gb drives for ur sentry videos
•••