I have a 2017 Model S. Yesterday, when I was backing up slowly in a parking lot, I heard a loud crunching, scraping sound, and then my front right wheel "fell off." Taking a closer look, it appears that the lower control arm sheered off from the wheel assembly (see pics). I didn't hit anything and have no idea what could have caused it. It took the Tesla roadside assistance tow truck two trips and two people to figure out how to load my Tesla onto the flatbed without doing any further damage. Once at the Tesla service center, they said they saw evidence of "damage to the wheel, backing plate and suspension," from hitting a pothole or something else. I have driven my car normally and have not had any serious impacts. So they are telling me that Tesla will not cover the repair. But spending time on this forum, I have seen this incident several times, sometimes where Tesla covers the repair. I have never heard of this happening to a car before, and it really seems like Tesla should cover this. Does anyone have suggestions as to how to handle this with Tesla? My car is two years old (maybe 30K miles), and I have not had any issues. Any help would be greatly appreciated.

This seems to be happening to quite a lot of people and Tesla doesn't seem to admit it's a problem. Exactly how you described it.

Let me try to find the thread.

I think the truth is in where the metal sheared off. If it is metal fatigue, it is warranty issue. If it looks like an impact crack with hairline fractures, it is most likely not a warranty issue and possibly covered by your Comprehensive Insurance.

Ask to inspect the part that sheered off and post a photo here.
•••
S

cucubits said:
This seems to be happening to quite a lot of people and Tesla doesn't seem to admit it's a problem. Exactly how you described it.

Let me try to find the thread.

Do post there too so we have as many of these reports in one place as possible.
Click to expand...

Keep in mind most of those in that thread are for the fore link, not aft like the ones pictured above.
Reactions: cucubits
•••
J

Yesterday as I was backing out of a parking spot, applying a fairly tight right turn, I felt a jolt and heard a small pop. I initially thought I ran over a bag, can, or bottle but didn't see one so I went on my way home. After a short visit at the house, I left again. As I was backing out of the driveway, I could hear the front right tire rubbing on the inside of the wheel well. It was even more pronounced when I started turning the wheels to the right. I immediately stopped, got out and looked. It was definitely rubbing. When I went to drive forward to put the S in the garage, the front passenger-side of the car started to raise like I was climbing something but the wheel was still on the ground. I put my foot on the brake while I held the accelerator pedal to see what was happening. The pics below is what I found. 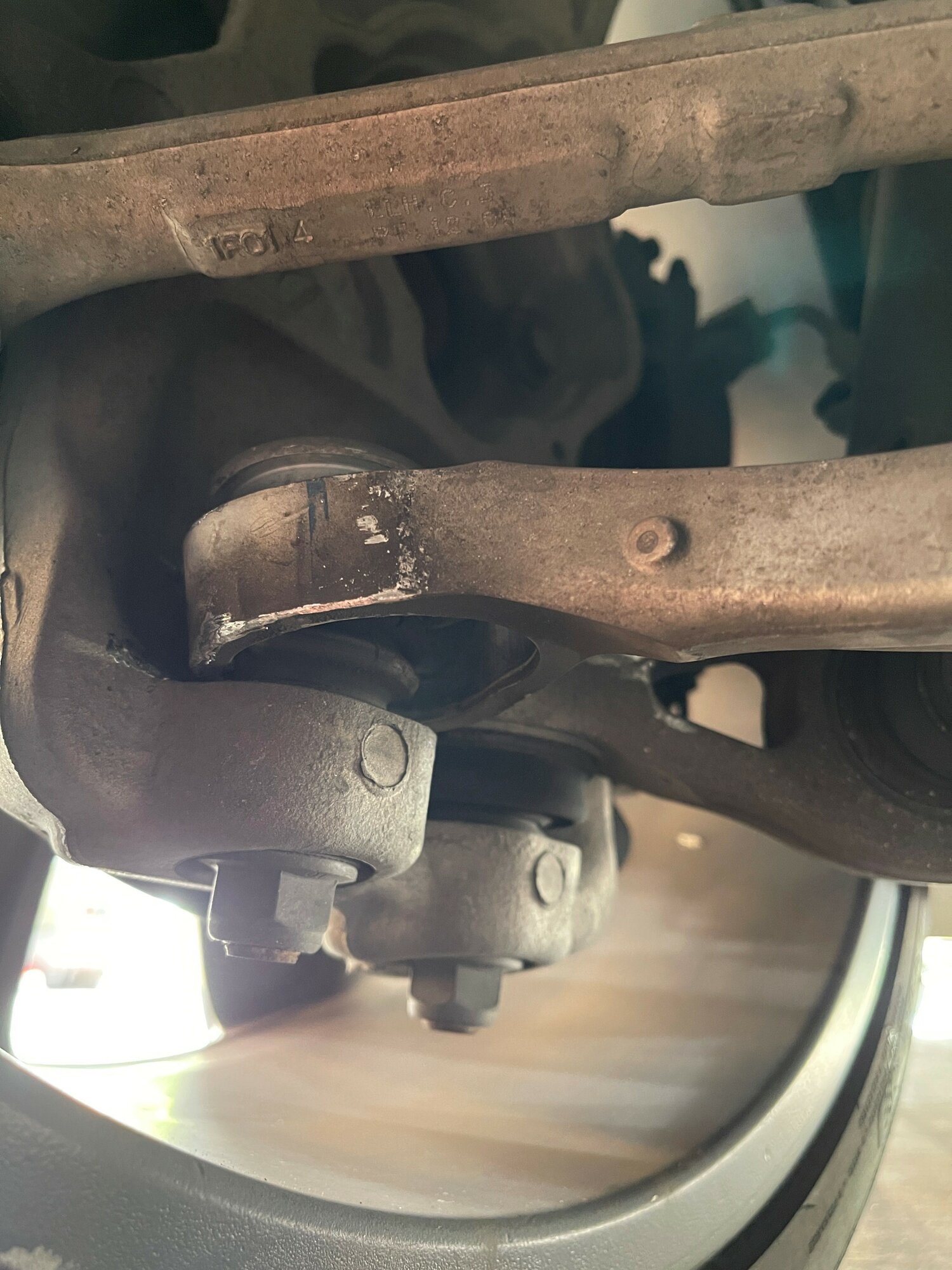 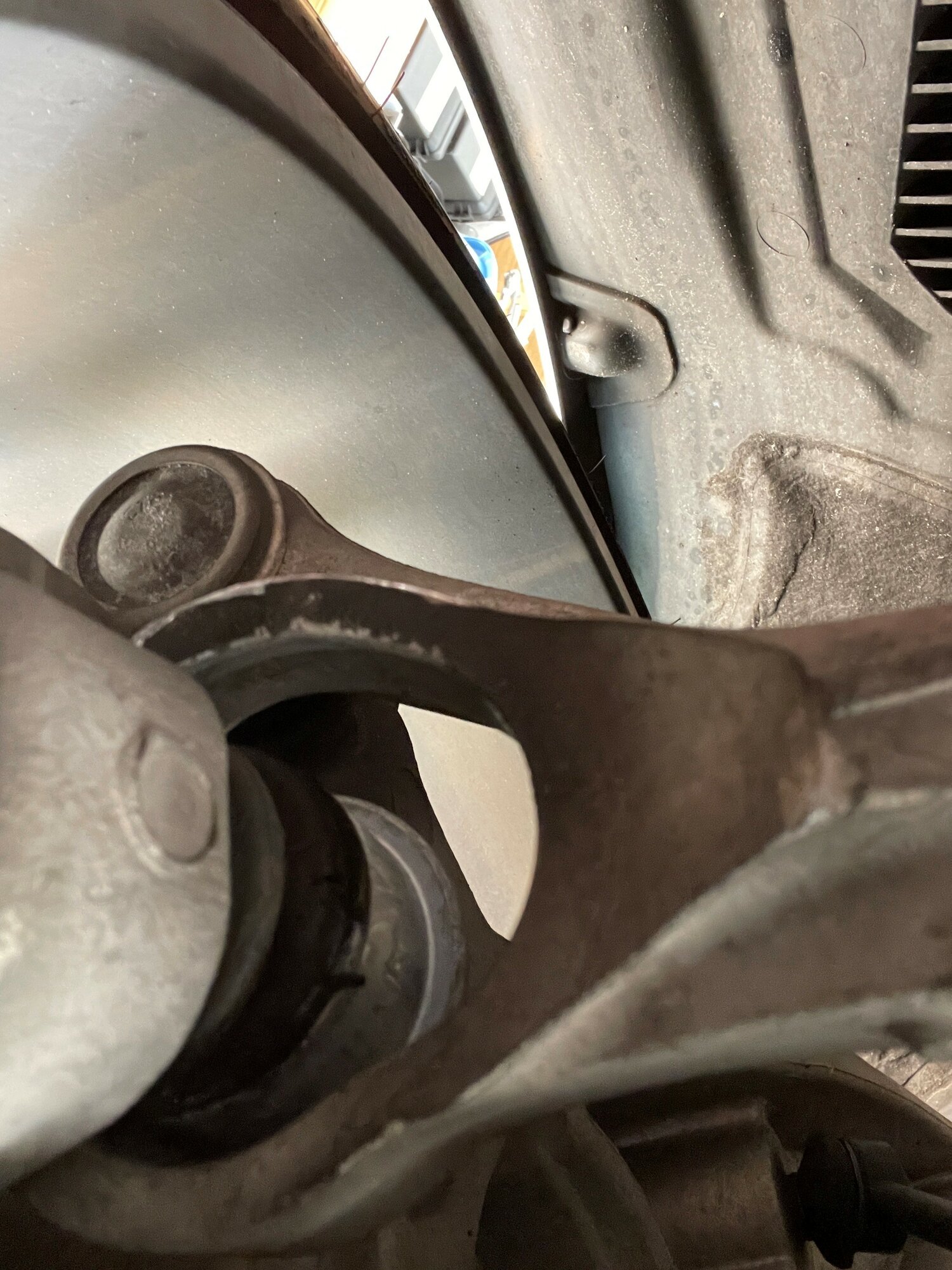 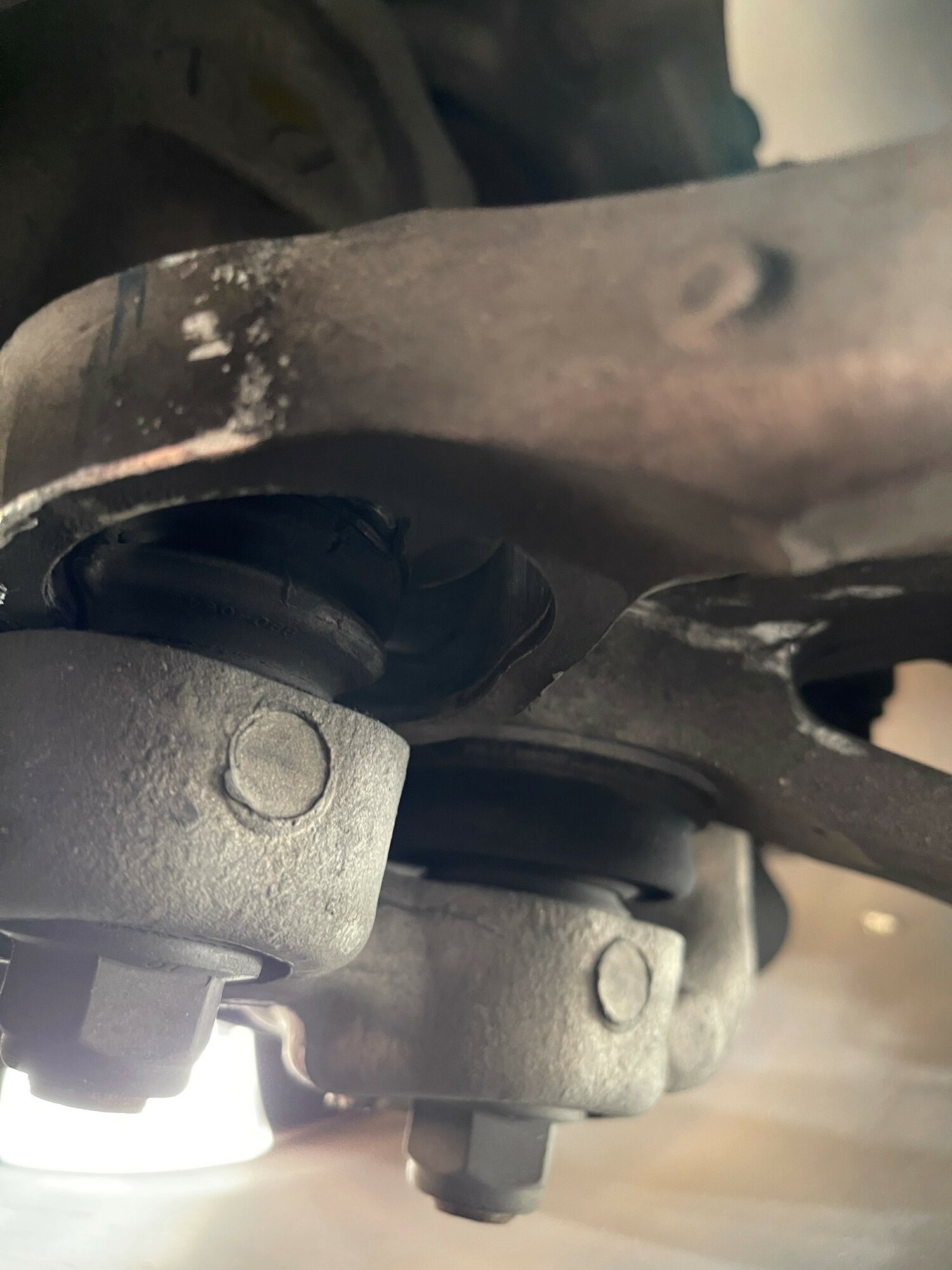