I've read many posts of owners claiming the premium sound system in their M3 is the "bees knees" for stock audio. I don't consider myself an audiophile, but my 2021 M3LR just doesn't seem to sound all that good. I just chalked it up to difference of opinion.

THEN... today I got a loaner from the SC (having my PT sensors replaced finally) and... *whoa* is the sound system a world of difference in this loaner. The thing is... the loaner is a 2016 Model S P85+. The audio sounds *much* better. This is the only other Tesla I've been in, so now I have a basis for comparison.

Another thing... I played with the emissions mode in this loaner and it works better than mine. In my M3, if I switch seats too quickly the sound won't move there. The whoopie cushion will move where I touch, but the sound will stay at the previous seat position. I have to touch the seats slowly or the sound won't follow my touches. In this 5 year old loaner, it's immediate and responsive... which is funny because *everything* else on the MCU is incredibly sluggish.

Questions:
Thanks for reading!
•••
L

The Model S has a 10 in sub vs. the Model 3 8 in sub, but other than that I think most people agree that the Model 3 sound system is much better overall. I do find it lacking in low bass and will be adding an aftermarket sub soon.
•••
F

The idea of comparing the sound system is also pretty subjective, so perhaps that question was a poor choice on my behalf. I mentioned this issue when picking up the car today from the SC, they said it was probably working as expected or that it might be a "bug" that'll eventually be fixed via an update.

It *seems* like a hardware issue that specifically affects my car. What I'd really like to know from other 2021 M3LR owners is... does emission testing mode require a pause between presses for the noise to follow the whoopie?

Testing again today, it seems like almost a full 2 seconds are required between presses for the sound to come out of the correct speaker. If pressing any faster, the whoopie will move to the seat pressed, but the sound will come from the previously pressed seat. In other words... if the first seat pressed is the driver's, then I press many other seats quickly, all of the far sounds will continue to come from the driver's seat even though the whoopie correctly moves to the other seats. I have to press *real* slow for the sound to move around. Bizarre.

I'll be honest. That is the very last feature I'll ever try in my car. LOL
••• 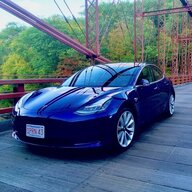 I have a 2020 M3 LR AWD. It has the premium sound system and while it's quite good, I don't think it's outstanding. The bass frequencies are a bit under whelming even when you boost them with the cars rather underwhelming equalizer. Years ago, I had a 1990 Eagle Talon TSi AWD. This was before CD players (remember them!) were standard in all cars, so it came with a cassette player. It also came with a 9 band graphic equalizer. I know it didn't have a subwoofer, but I can't remember how many speakers it had. I do remember this though: everyone who ever road in it thought it had the best stock car stereo system they ever heard. And, by the way, until I bought my M3 it was the best car I'd ever driven: 2 liter inter-cooled turbo charged engine, DOHC, full time AWD, 195 hp in a car that weighed just under 2000 pounds, 0-60 in 6.5 seconds. I kept it in great shape from 1990 until 2008 when it was destroyed in a fire.
•••

F
Does your emissions testing mode do this?