The guidance seems to be tyres should be swapped out but did anyone not do that when our roads are iced and temperature drops to freezing?
••• 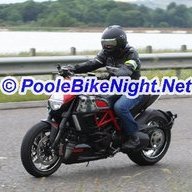 The guidance seems to be tyres should be swapped out but did anyone not do that when our roads are iced and temperature drops to freezing?
Click to expand...

It doesn't really matter what sort of standard tyres you've got on ice.. It only applies to snow and rain heat/cold. Unless you're from up north of the UK its hardly worth the bother tbh.
•••
N

Js1977 said:
It doesn't really matter what sort of standard tyres you've got on ice.. It only applies to snow and rain heat/cold. Unless you're from up north of the UK its hardly worth the bother tbh.[/QUOTE

Js1977 said:
It doesn't really matter what sort of standard tyres you've got on ice.. It only applies to snow and rain heat/cold. Unless you're from up north of the UK its hardly worth the bother tbh.
Click to expand... 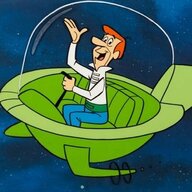 Between newish pilot sports and 4 wheel drive had no problems last winter. But it be fair winters down south are not what they used to be (I lived in Germany for years where winter tyres are a legal requirement and am aware of their benefits in snow and ice).

If your rear tread gets too low you will notice it in the wet the tail gets a little snap happy when applying accelerator coming out of corners
Reactions: Amiable and M3noob
•••
T

EVs are heavy with a low centre of gravity, and excellent low speed torque. It has to be bad where the car can't cope with a bit of snow/ice.

Drove a leaf for 3 years and never so much as skidded it even driving past abandoned cars on the hills around here. Last year was fairly mild so didn't get to test the model 3 in those conditions, but I have no reason to think it'll perform worse esp. with the all wheel drive helping.
Reactions: ACarneiro and M3noob
••• 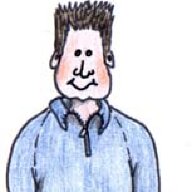 It absolutely chucked it down in North Yorkshire today, proper aquaplaning territory. I was glad I had a set of 18s with Cross Climate+ on than the standard M3P 20s. There's a YouTube video somewhere showing respective stopping distances which is worth a look
Reactions: KennethS
••• 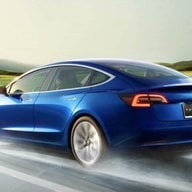 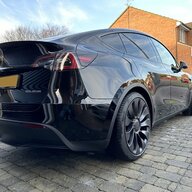 No issues last year at all on the standard tyres.
Reactions: JS77 and M3noob
•••

Where I live, the weather gets bad enough to warrant winter tyres for only a few days a year. Those are normally snow days for most people other than key workers. If the weather is that bad, I just don’t drive. I’ve never been able to justify the investment in winter tyres despite the occasional hairy moment on the run-flats fitted to my previous cars (they are really hard and just stop working properly in the cold).

My M3P was fine with stock tyres all through last winter on treated roads in freezing conditions. I’m in the south of the country though, so I might have a different position on them if I lived much further north, in a very rural area or needed to go out whatever the weather (I would probably have a different car if that were the case).

I spend a fair bit of time in the Alps, and I wouldn’t dream of driving a car over there without them or chains in the boot.
Reactions: Andrew_SE23
••• 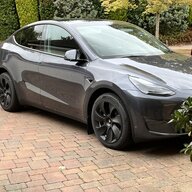 To each their own. I have read too many negative stories of running UHP summer tyre compounds in freezing and near-freezing temperatures, and the potential damage to the tyre. Winter vs summer tyre tests are obviously geared toward selling winter or all season tyres, yet the stopping distance tests are informative. When my wife and kids are in the car, having winter tyres on gives me additional peace of mind in the event of an emergency braking situation. I am limiting my comments here to the PS4S tyres on the M3P, which are most definitely warm weather high performance compounds.

How bad are Michelin 4S in the snow?
Reactions: AnthonyLR
•••

It surprises me how many M3 Performance owners are not so interested in performance in this instance! It's absolutely true that you can get away with using the same tyres in most of the UK throughout the year ... most of us have done it all our driving lives. However, getting back to the performance point ... if you really want to significantly improve the ability of your car to grip, stop and accelerate during winter months you will at least consider winter tyres. In this country our winters are generally cold and wet ... forget ice and snow for a minute ... in the cold and wet your braking distances can be transformed. We're not talking about a few feet here ... the data is easily found online. People will argue over the relative merits of their summer performance tyres until the cows come home, which brand has a shade of advantage here and there, yet we get to the colder months and the same people are quite accepting that their grip levels will be slashed! And that's before we get into any instances of actual snow and ice ... when you move from winter tyres offering a significant advantage to having grip levels on another planet. (And AWD won't stop any quicker than single axel drive in those conditions.)

Yes, particularly in the south of the country, I can understand that the cost/benefit equation means that with a little tiptoeing around you can get by OK and save a few quid and some hassle ... but for those who want to have the best performance for their Performance then it probably means winter tyres.

[In my past I have really enjoyed driving in small low powered cars using standard tyres in the snow ... breaking traction so easily, using the handbrake to bring the back around on a front wheel drive car, experimenting with left foot braking ... all done at very low speed so a slow slide into a ditch was the biggest risk ... very entertaining in areas where nobody else was on the road! But you guys are not driving a low powered cheap beat-up old Mini that takes up little space on the road ... you don't need to slide too far off your line in a wide Model 3 to be over the edge... and you guys are driving a modern (expensive) rocket ship!]
Reactions: Gatsojon, KennethS and Jeeves
••• 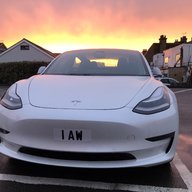 I’m from London and in the past have had to abandon my car twice and slid out at a major junction once due to snow. I’m going to be buying winter tyres for my M3.
Reactions: Neilio
•••
P

quite a few garages offer winter tyre storage, where they hold onto your tyres and you just turn up and they swap them over for around £80 odd.
Alternatively you get a set of 3rd party 18s with winters on and just swap the wheels.
A 4wd with summer tyres is a LOT worse than a 2WD with winters in snow. We just don't get much snow in most of the UK to warrant full snow tyres. They do say that the swap over point where winter tyres work better is about 6 degrees, which is probably 6 months of the year...
And if you just want an easy life the Michelin cross climate tyres really do work well, at the expense of a little efficiency.
•••

When I read threads discussing choices, people seem to choose smaller wheels for those tyres too. Anyone know why?
•••

Jeeves said:
@KennethS @Adopado, you have given me pause for thought.

When I read threads discussing choices, people seem to choose smaller wheels for those tyres too. Anyone know why?
Click to expand...

I went with 18" wheels for my winters for cost and extra sidewall so hopefully more complaint if I hit a pothole. The roads in my area are pretty poor even in the summer but during the cold months potholes tend to hang around longer before the local authority deals with them. 18" wheels were less costly and give more options for tyre choices as well as less costly tyres.

BTW, the photo in my avatar is my M3P with the winter wheels/tyres on.
Reactions: Jeeves
•••

KennethS said:
I went with 18" wheels for my winters for cost and extra sidewall so hopefully more complaint if I hit a pothole. The roads in my area are pretty poor even in the summer but during the cold months potholes tend to hang around longer before the local authority deals with them. 18" wheels were less costly and give more options for tyre choices as well as less costly tyres.

BTW, the photo in my avatar is my M3P with the winter wheels/tyres on.
Click to expand...

Thank you, very helpful. May I ask what you have to shop for in terms of precise sizes to be compatible with an M3P?
•••

Jeeves said:
Thank you, very helpful. May I ask what you have to shop for in terms of precise sizes to be compatible with an M3P?
Click to expand...

Wish I could give you specifics but I am not certain as to exact specs. I bought my wheels from a guy who sourced a group buy for a Facebook Tesla owner group. Based on the postings there I was confident his wheels would fit on the M3P, which they did. I was nervous having read that the M3P needed different wheel offsets or something like that, so went with a source that I felt I could trust. If you PM me, I can give you his contact details. I have no affiliation, just a happy 18" wheel owner. Based on his pricing I suspect there is not much profit in it for him.
•••
M

I intended to get 20" winters for my M3P last winter, but a combination of price new :-0 , availability and it didn't really get that cold last winter meant I never got round to it.

I thought the standard Michelins felt ok in all but the very coldest temps, but I'm pretty sure in snow they will be hopeless like all wide summer tyres.
••• 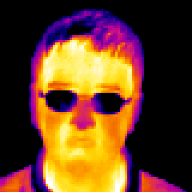 The stock 18's held up really well last winter (In Edinburgh and some snow on a particularly nasty late night drive), but if we get a cold one they will be pants. I chanced it last year and was pretty happy TBH, but was always aware that I didn't really have the right footware. If there had been better opportunities for snow sports (talking sledging here, which is as far as my family gets), things would have been getting dodgy compared to the planted feeling winter tires give you.

I did only have just tires last time, and I'd definitely prefer wheels. With swapping tires every year they were never 100% ballanced. Close, but never quite as good as brand new OEM fitted is.

Its a lot of £££ for a wheel+tire package tho when you aren't totally sure you will actually need them. Might just get some auto socks for use in an emergency.
•••

The UK and Ireland Today at 2:04 AM
PITA

B
Tyres for best grip?