On March 19, all bills for this two-year session of the legislature were required to be reported on one way or another by committee.

The auto dealers' anti-Tesla bill making it illegal for manufacturers to sell directly to consumers was "sent to study," which is Massachusetts-ese for dead for this session.

The same recommendation was made for Rep. Lynch's pro-Tesla bill which explicitly legalizes such sales for manufacturers which have never used dealers.

Both of these bills may be re-filed any time starting next January, when the new legislative session begins. My guess is that based on recent progress by the dealers in other states, they are not going to give up now.
Last edited: Mar 24, 2014
•••

Thanks for that. Now would be the perfect time to contact the Massachusetts legislature and show support for the pro-Tesla bill. This way, there will be justification for representatives to reintroduce this one or a new version later this year or next.
•••

Done. I quoted some bits out of both the conservative and liberal press, making Christie look like a bought hack for backing the auto dealers. Do they really want Massachusetts getting the same coverage?
••• 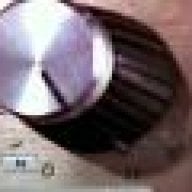 Thanks for the update LMB!
•••

N&O: More Tesla dealerships could be coming to NC under Senate bill