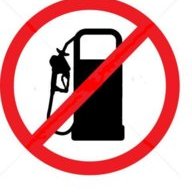 i have a friend who works for the city of Lauderdale. The city has a small police department, but it finally happened.
One of the police officers pulled a Tesla over for speeding. It was a running bet to see who would take the prize of the first Tesla ticket.

Ok Minneapolis Tesla owners, was it you? Any details you would be willing to share?
You should know, it was a big deal. Did you get a picture with the officer?
•••

Heh, I've been pulled over a good 13 or 14 times now easily in S/E WI. Have not gotten a single ticket. Most were the first week I had it. I had the Illinois Temp Licence in the Window. I was pulled over for not having a plate. Then got excuses that the temp tag is not in the system (I later verified it was, as I stopped at my Local PD and had them run it in their system), A few officers have also gone as far as accusing me of steeling the car (Until I pulled out my bill of sale). It's all good though, I know they just wanted to see the car. A bit inconvenient though. Most of the Stops were in Grafton where I own a business. I did not pursue anything though, as they can make my life hell owning a business their (smaller city).
•••
R

I have been pulled over once back in January but no ticket, received much the same response as islandbayy when they didn't see the plate minus the accusations.
•••

The response has gotten me to think I should post a message to the broader club to see what other Tesla owners have experienced around the US.

Sorry guys for the hassle, but no ticket is always a good outcome when stopped by "the authority"
...in my Eric Cartman voice.
•••
M

I have never been pulled over. I don't drive fast enough!
•••
V

Because my delivery was such an epic fail by a former Tesla delivery specialist (she was bagged for putting 87 octane gasoline in the diesel delivery pickup truck, a $10,000 mistake), I actually called my local police station saying "hey, I don't have temp. tags, what do I do?" Then, when the license plate order was delayed and I had expired temporary tags for a day, same conversation. Bring paperwork, and you don't get into hot water.

The only time I've ever spoken to law enforcement while with my vehicle was when I was pulled over, looking at the map. The county sheriff said "sorry I don't have a spare battery to recharge you."

I've managed to avoid several moving violations by firing my confetti cannon when pursued. It creates a white-out condition (from the sparkle paper) and an immediate traffic jam, every time, and the officers swerve because they think it is an explosion and don't want to get caught in the blast.
(teasing)
I don't get to build my cannon until November, according to my wife.
•••