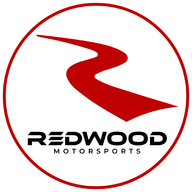 Built from the ground up, we have partnered with Öhlins Suspension - the world's foremost leader in damper technology - to pioneer the gold standard for Tesla Model 3 performance coilovers. Found on hyper-cars from Koenigsegg to Pagani, Öhlins dampers represent the pinnacle of modern suspension technology. This suspension blends track-ready damping performance with the compliance and comfort required for street use, and maintains an extremely wide range of damping adjustability.


Designing a shock dedicated for either street use or performance use is relatively simple. However, creating a single damper that is effective in both arenas is significantly more challenging from an engineering perspective. Öhlins' exclusive patented Dual Flow Valve (DFV) technology, along with precision machining, internal seals, and Öhlins buttery smooth 1304 shock oil, yields an ultra-low hysteresis shock which can damp bumps over fractions of a millimeter. For the end-user, the result is a suspension that provides maximum grip in the corners, yet a firm-but-supple ride quality on the street. Those who have driven this setup have commented that the Redwood Motorsports Ohlins kit is surprisingly more comfortable than stock, yet one of the highest grip/performing coilovers they've driven. Best of both worlds!

A full year in development and testing with top motorsports manufacturers has paid off with what we believe is the Gold Standard that other shocks will be measured against. Not only the highest performing suspension available for the Tesla Model 3, but with the most supple ride quality - hands down.

The precise control of the Öhlins DFV dampers are both due to the patented Dual Flow Valve pistons, as well as the high attention to detail and component tolerances, typically found on much higher-end shocks. The end result is a damper that has the ability to optimally track the movement of the road surface, increasing tire contact patch and therefore total available grip. Öhlins patented Dual Flow Valve piston contains center and side exit oil flow paths, which allows for separate control of low-speed, high-speed, and ultra-high-speed damping. The DFV has the unique ability to remain firm when it needs to (for body control movement), reduce damping force (for bump control), and significantly bleed-off damping force under high linear accelerations (to absorb abrupt and sharp impacts) instead of transferring them to the chassis. This makes the Ohlins DFV unsurpassed on both the track and street, as berms, mid-corner bumps, and other surface irregularities can be soaked up on track, as opposed to upsetting the chassis.

The same ultra-high-speed damping force is helpful on the street, as a firm-but-supple ride can be maintained for optimal body-control handling, while potholes and large impacts are readily absorbed during day to day driving.

Questions, comments, and reviews always welcome in this thread!

Also, for the upcoming week please feel free to use coupon code BF2019 at checkout for storewide Black Friday discounts on in stock as well as pre-order items!

Ohlins have a tremendous reputation in the high performance applications.

Due to the technology, design, quality and adjustability they tend to offer both increased comfort and feel, while the controlled dampening gives significantly better track and performance results.

While expensive they are worth it to many that value that performance.

Hope they meet those expectations on our beloved Model 3s.
Reactions: dgaultiere and RedwoodMotors 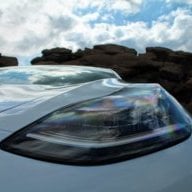 I've had Ohlins on motorcycles that literally transform their performance. I have never been in a car with an Ohlins setup, but I wager it's worth the money. I'm about to embark on an expensive move which is limiting budget right now, but I'm definitely interested in these.
Reactions: RedwoodMotors

The Raven adaptive suspensions on the Model S/X have transformed they way they ride, handle and feel. Perhaps these will provide some of the same benefits to our Model 3 Cousins.
Reactions: RedwoodMotors 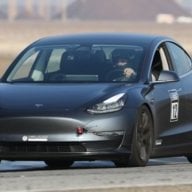 Oh man i would love to try these out, any chance you guys could bring them to Tesla Corsa at Buttonwillow near end of December ?

Also what are the spring rates like compared to stock? I'm currently running something about twice as stiff, so it's definitely a little harsh but not really that much.
D

I love these in my S2000. It's terrific to see these available for the 3. That said, I'll wait until these are more in line with KW V3s in terms of price.

Extra props for including the tophats.
Reactions: juanmedina and SD_Engnr

Motons used to provide the cost affordable alternative, but Ohlins still cream of the crop.
D

Motons used to provide the cost affordable alternative, but Ohlins still cream of the crop.
Click to expand...

They aren't for S2000, which is where my sense of pricing comes from.
C

Volvo uses Ohlins on their Polestar cars (as does Polestar on the Polestar 1).
M 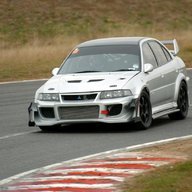 I’ve used Ohlins DVF suspension on my daily driver for the last 7 years, and they are superb. The range of damping is large, but one click of adjustment is very noticeable. I spent around 2 months dialling them in to obtain the correct car balance in conjunction with a handling/comfort compromise that I liked. I’d drive for a week, then adjust one end by a click, drive another week, and so on until they were spot on. I didn’t have to touch them again over 7 years and 60000 miles. I also increased the spring rates by 30% and added larger anti-roll bars and the dampers coped with the increase without any issues at all. I sold the car a few months ago and they were still performing perfectly.

I’ve also used KW V3 for many years, and they are excellent, but in my opinion are a more track orientated set-up. You also need to know how to set them up correctly in regards to compression and rebound to get the best out of them in regards to compliancy and handling, and in my opinion, most people struggle to understand and make the effort to set them up correctly for their preference.

Having a one way set-up like the Ohlins DFV is definitely an advantage for most people.
M

@RedwoodMotors do you have installation instructions and recommended settings for comfort ride? Will this make the car float like bmw 7 series? Price seems high as UPP makes Öhlins coilover for $1000 less

To be honest, not sure what that means.

But I really want some better shocks for my car. Really badly. Willing to pay for Ohlins if they are truly superior to the UPP product. Maybe the OP can explain what the difference might be? I realize that it's likely touchy.
Reactions: Murattukaalai

Clivew said:
Having a one way set-up like the Ohlins DFV is definitely an advantage for most people.
Click to expand...

The lack of interaction with potential customers and @RedwoodMotors is troublesome for an expensive purchase. MPP and UPP are pretty good in responding to queries.
T

I have Ohlins RT on my 911 Turbo - absolutely tremendous product. My fiance won't be happy to hear that they're avail for M3...
Reactions: dfwatt and RedwoodMotors
M

TheJMG said:
I have Ohlins RT on my 911 Turbo - absolutely tremendous product. My fiance won't be happy to hear that they're avail for M3...
Click to expand...

In terms of comfort street driving which stock car can you compare it to?
H

Murattukaalai said:
The lack of interaction with potential customers and @RedwoodMotors is troublesome for an expensive purchase. MPP and UPP are pretty good in responding to queries.
Click to expand...

It's 745AM on the West Coast where the vendor is.

There's was 1 direct question to vendor at 645AM, and yours in the previous evening at 10PM.

I'm talking about lack of participation after the thread is created. Anyway its overpriced for now will wait till Ohlins make it instead of thirdparty guys pump up the price for Tesla