The lack of model years has been a defining feature of the S & X. Incremental updates, rolled into the product as they are ready has done wonders for improving the quality of the S, and are working quickly to improve the troublesome X. On top of manufacturing improvements, major outward facing features also pop up 2-3 times a year.

This is all well and good for a what in the grand scheme of things, are currently small volume products. Will this hold up for the 3?

Mass producing 500,000 vehicles a year, it's like a supertanker steaming full speed ahead. At that volume, change can't happen so fast. Elon mentioned that "pencils are down" in 6 weeks for the initial release of the 3, and any other features after will be coming in the 2nd or 3rd version.

This begs the question: Will the 3 have a more set update schedule, or will the changes appear at any time as they do today on existing lines? Even updating twice a year would still be lightning faster then what we see from existing players. I get the 3 is designed from the start for mass production, but changing a part and ordering 500,000 new ones can't happen overnight.

I don't know how hard it is to make rapid changes to a complex product in volume (500,000+) production. Anyone with massive manufacturing experience want to weigh in on the challenges of doing this at this scale?
C

Why not?
The "big" step is the first step, make the first production line wich work.
Then it's all about changing the material, adding a step in the production line, or chaning some stamp mask, or some robot path.. done the first step the model 3 will not be harder to change than the other, in fact it could be easier since they put so much effort on having the "right" enviroment for building machine wich is based on the experience they have collected over the model s/x line
S

I think you'll see a combination of both strategies - running minor producibility changes, and periodic major revisions - just like Tesla has followed to date.

In less than four years, the Model S is on the third major version, in addition to the '20 changes per week' they talk about.

In late 2014, in addition to all the structural changes needed for AWD and all the equipment changes needed for AP, a bunch of other things changed, seemingly unrelated - a new, larger 12V battery relocated to the rear of the Frunk, the self closing charge port, etc.

This spring a second revision showed up. It's not yet clear what all they changed beyond the brand new front end and lights, relocated sensors, new HVAC, and changed charger (and high voltage junction box?) configuration, but I imagine we'll eventually find a number of other new things in v3.0 (or would you prefer v1.2?)

Of course ordering thousands of new parts doesn't happen overnight - but since the changes aren't on a fixed schedule, as long as the old versions are serviceable, you change the vendor to the new version as soon as possible, and change the line over when you run out of the old version. Tesla has been doing this all along, too...
Walter 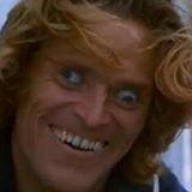 In high-volume manufacturing, you need to minimize engineering changes that change the hardware in the car (thus changing the assembly process). Software changes are OK (as long as they have been thoroughly tested). 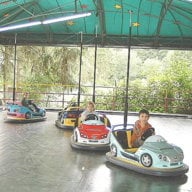 Do you have a father named George?

Y
When will Model 3 be upgraded to giga casting?

R
Questions from a Prospective Winter Buyer for the Model 3