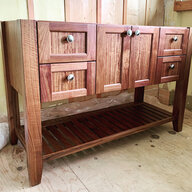 Couldn’t find any threads on this so here’s what I did.

research told me that M3 headlight lenses are sealed with permaseal which is heavy duty glue that doesn’t melt with conventional oven baking methods. I learned this AFTER baking my poor light for many minutes and subjecting it to heat gun treatments and pry bars. I nearly gave up but decided to just cut it open like the pros often do. I used a multi-tool and sank the corner of the blade about 1/4” deep all around the perimeter of the lens, near where the permaseal is. 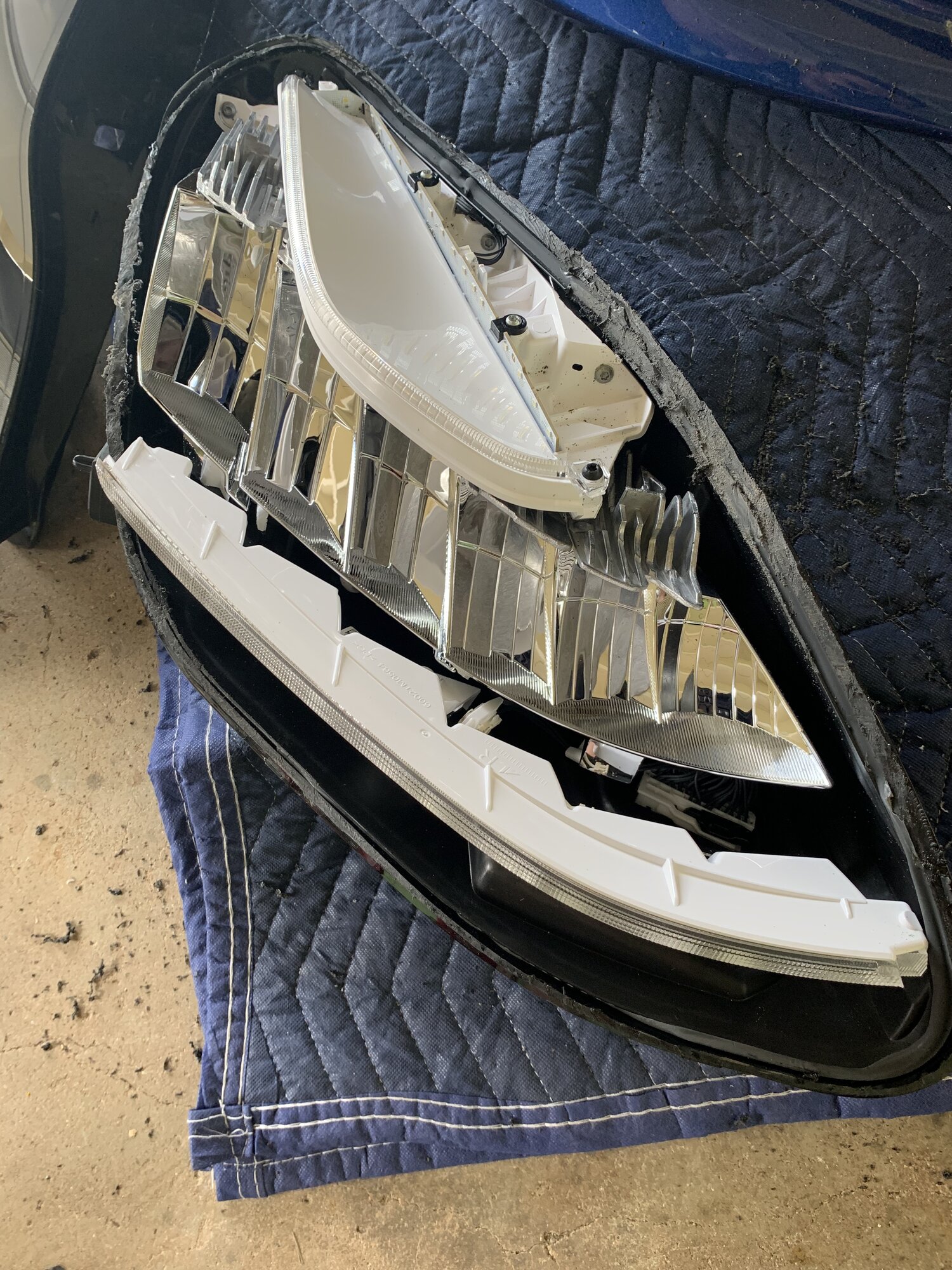 due to limited info i had no idea what was behind where I was cutting so I started real shallow but had to go a bit deeper in certain spots. I got lucky because there is one wire at the top of the light near where I was cutting (shown below) that I thankfully did not hit: 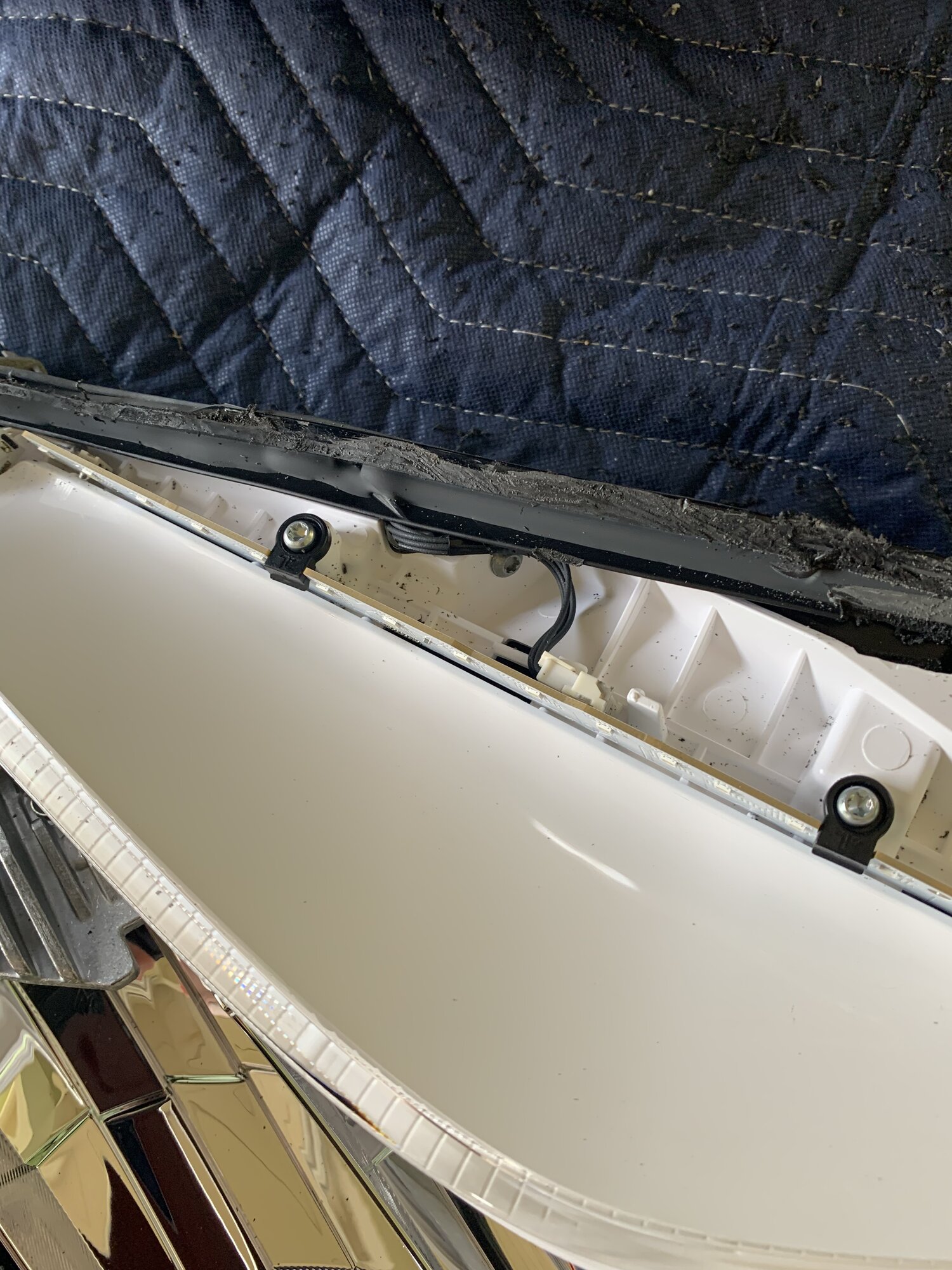 the parts that I wanted to blackout were the chrome bits and they are screwed to the actual lens. There are no parts on the housing that need painting and you especially don’t want to paint the chrome reflectors that surround the actual projectors. 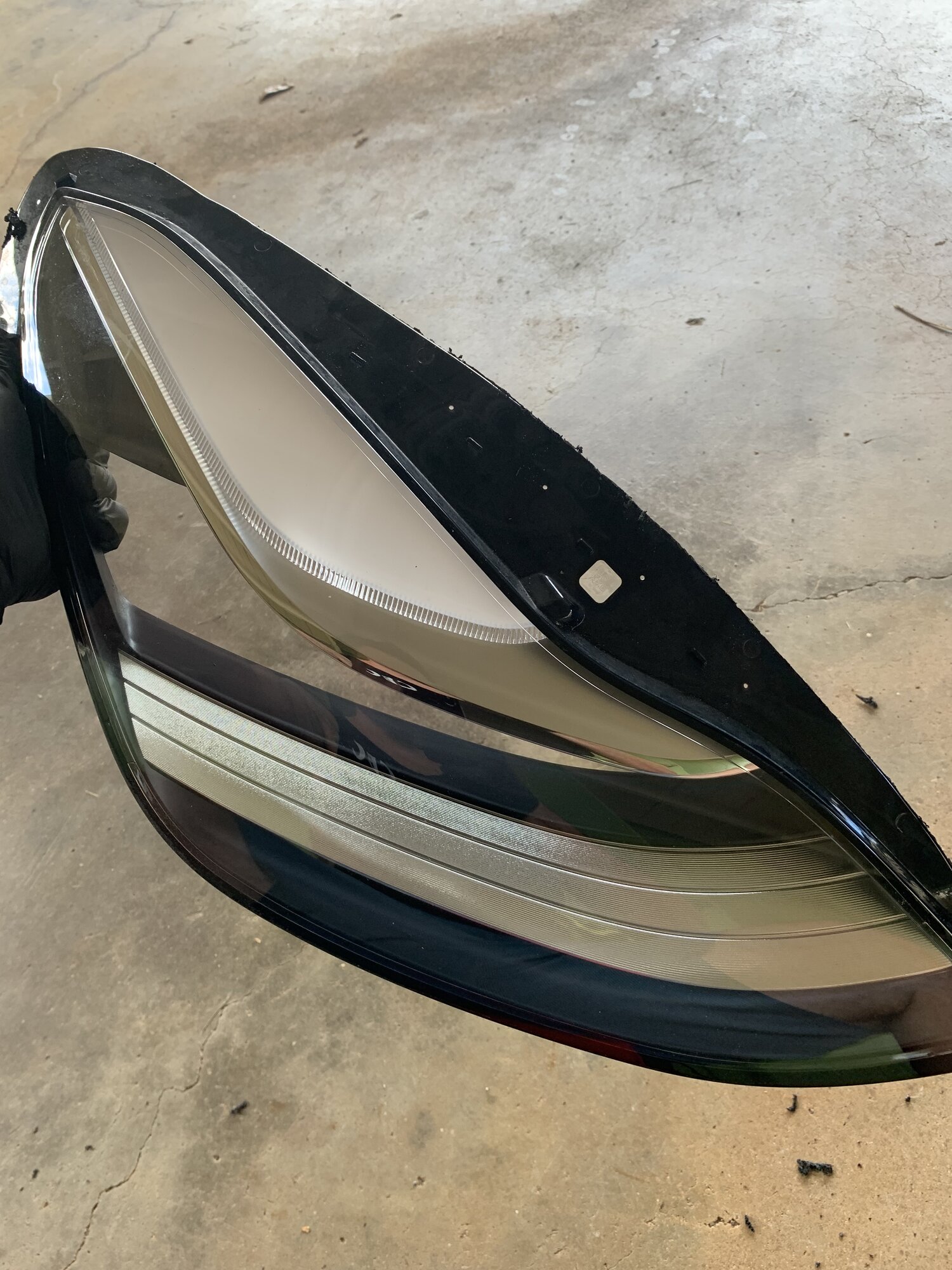 After removing the shrouds from the lens I masked off the thin DRL strip with tape because I wanted to black out the eyebrow which is just a diffuser. 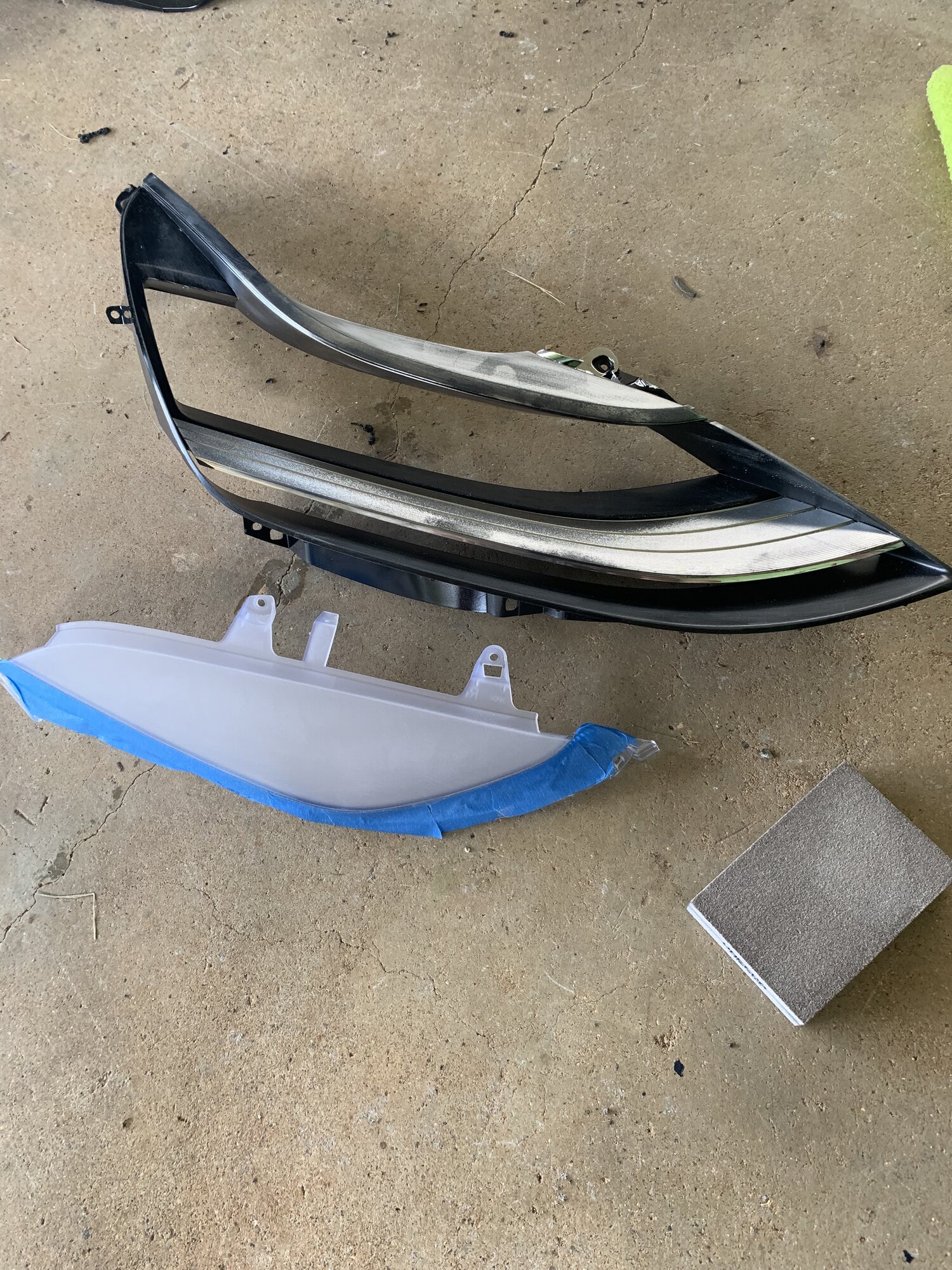 i Used a silicone gasket maker to glue the lens back to the housing. I tried using spring clamps to hold together but they slipped off so I used stretch wrap all around to clamp it shut, then I went over with a second layer of silicone just to be sure it was sealed.

I used to have tint on the lens but always thought it looked a little corny and I didn’t like the chrome inside. Now the DRLs are just a thin sliver and stand out compared to stock. overall this was a simple mod that anyone could do if they were so inclined. Mahalo for coming to my ted talk. 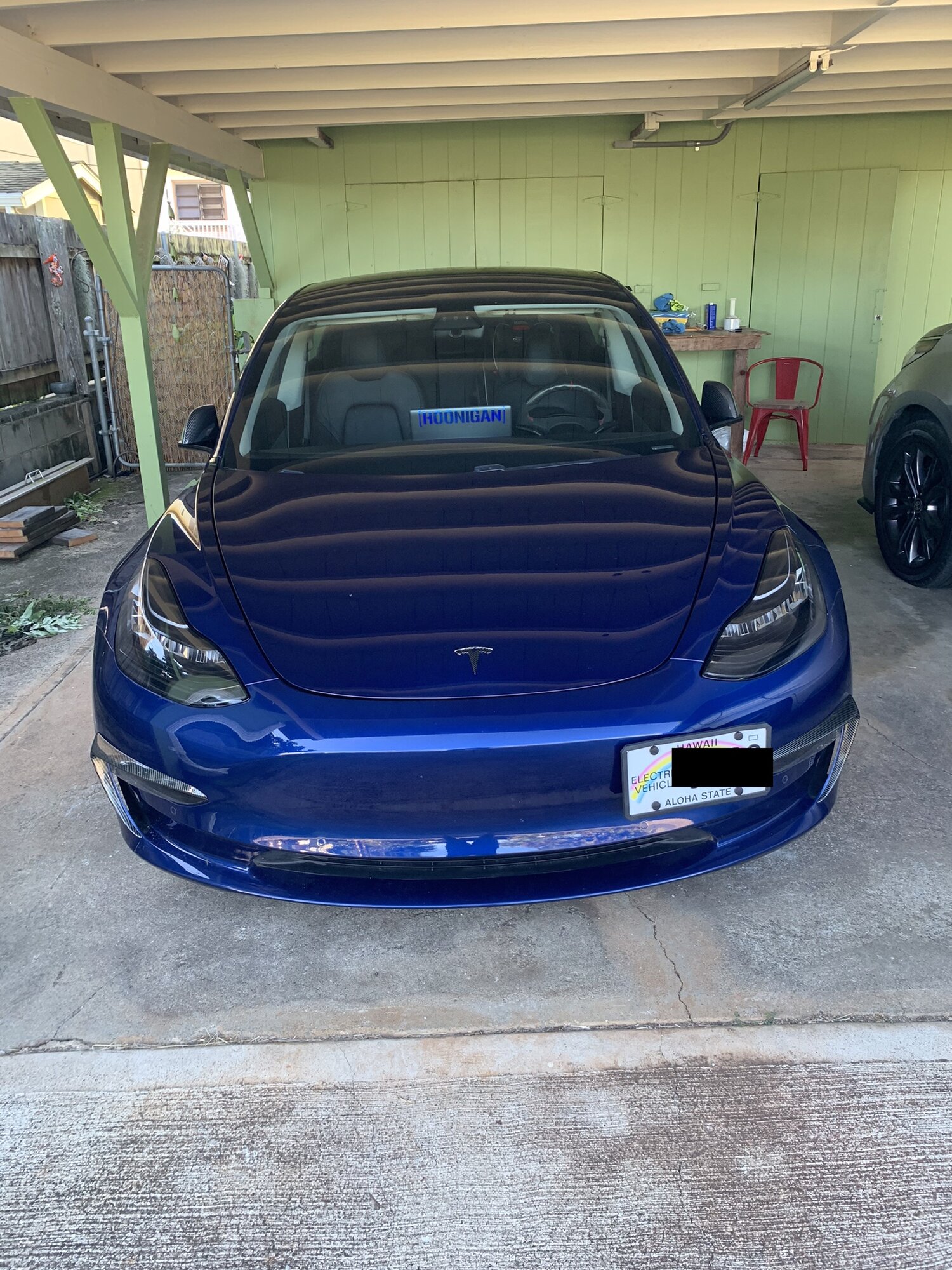 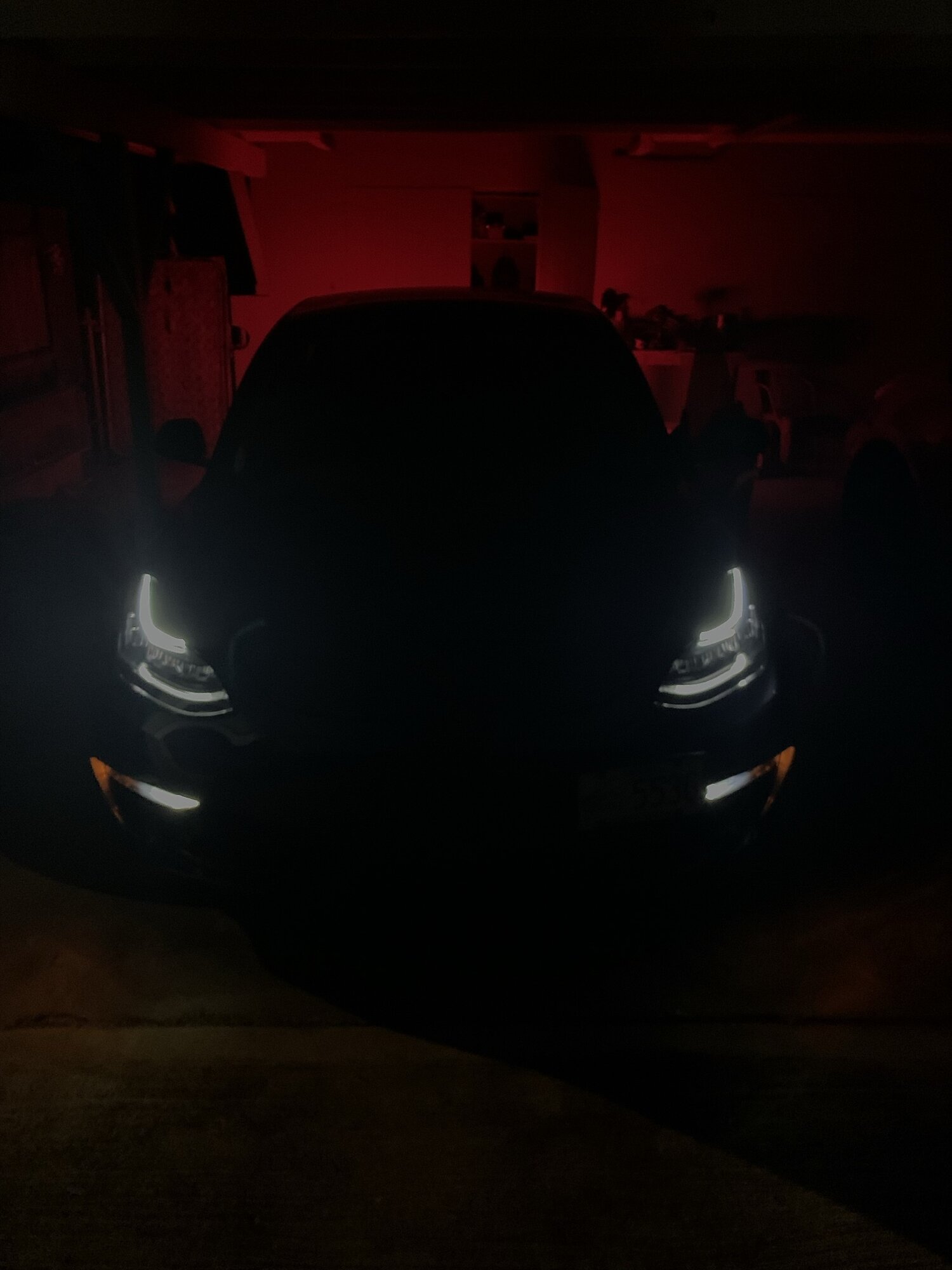 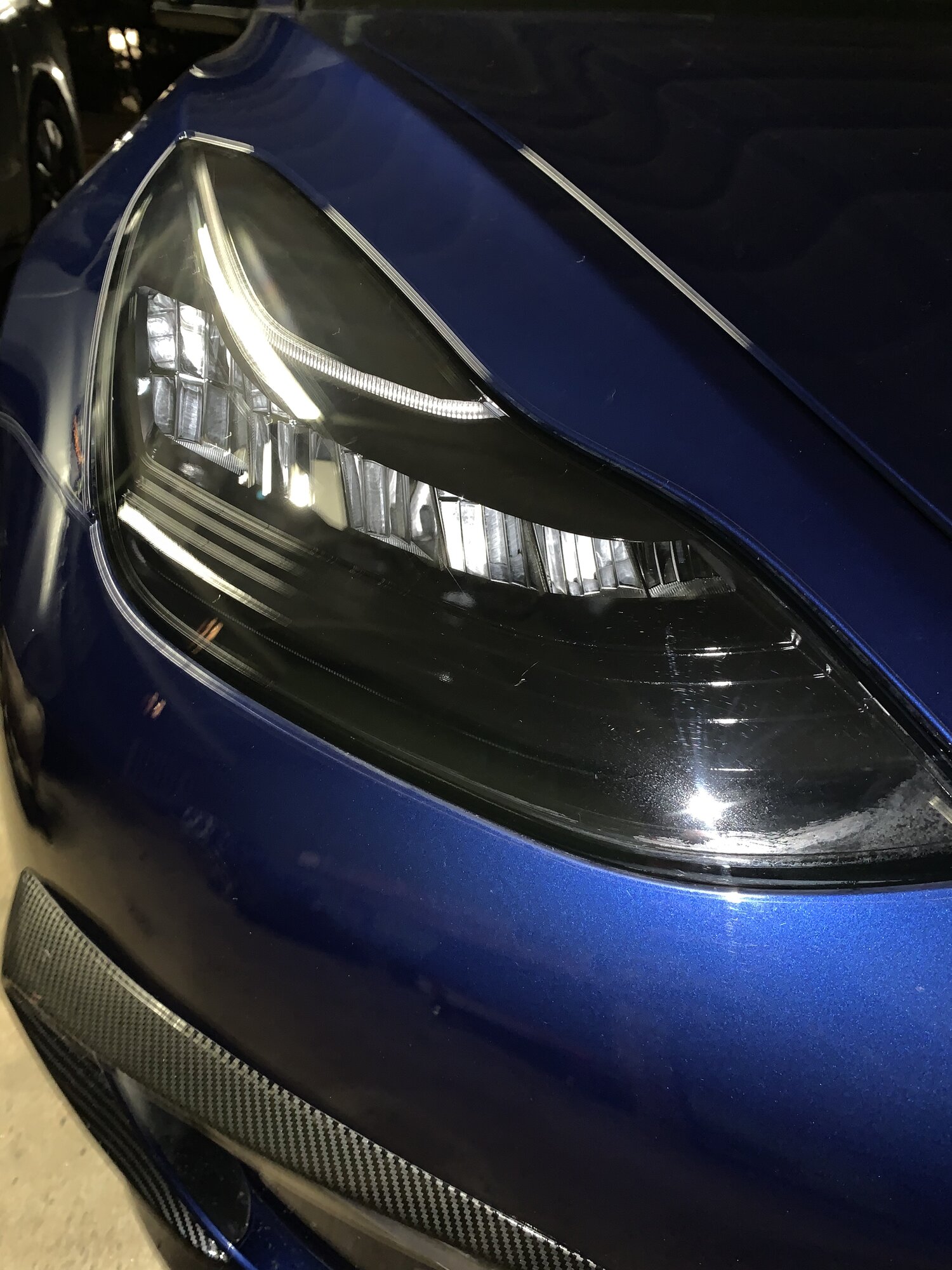 Thanks for all the work on the DIY! They look great!
Reactions: Ahhhz
•••

A
Secure your Model 3 Trunk in 3 minutes Without Buying Anything!